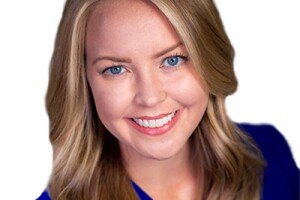 When did you start working here?
November 2019

Where else have you worked?
I recently worked in El Salvador where I covered the Central American migration crisis and took my Spanish to a higher level.

Before that, I was in Charlotte, NC for five years. It was there that I covered many political and civil controversies that shaped the city. The riots and protests after the police shooting of Keith Scott. The work my photographer and I did in those days earned us an Emmy nomination.

In Oklahoma City, Okla., I reported on the deadly tornados of 2013. I earned a regional and national Emmy for the work we did to inform the public during the emergency. I still often think of the families who lost little children during that traumatic time. I was in Oklahoma City when I was one of 12 journalists to witness the botched execution of Clayton Lockett. That, too, was a major turning point in my career. I did extensive research and reporting on the never before used drugs that killed him.

Before Oklahoma, I reported in Waco, Texas where I covered the court martial hearing of the infamous Fort Hood mass shooter.

In Beaumont, Texas, I won multiple awards for my spot news reporting and environmental investigative reporting on a toxic waste disposal site.

Where did you go to college?
University of Kentucky

What are you most proud of when it comes to your work?
I am most proud of the stories that spark change for the better legally or in a community.

I also am surprised by my ability to stay calm and report important information in a dangerous, fluid situation.

What are you most proud of in your own life?
Overcoming obstacles and adversity coming out wiser and stronger in the end.

What do you love about living in the Tri-State?
I love the people so far. You all are very welcoming to me… and we have really good restaurants, too.

What are your favorite local hangouts/places, sports & cultural institutions?
I love anything hot yoga. It keeps me balanced.