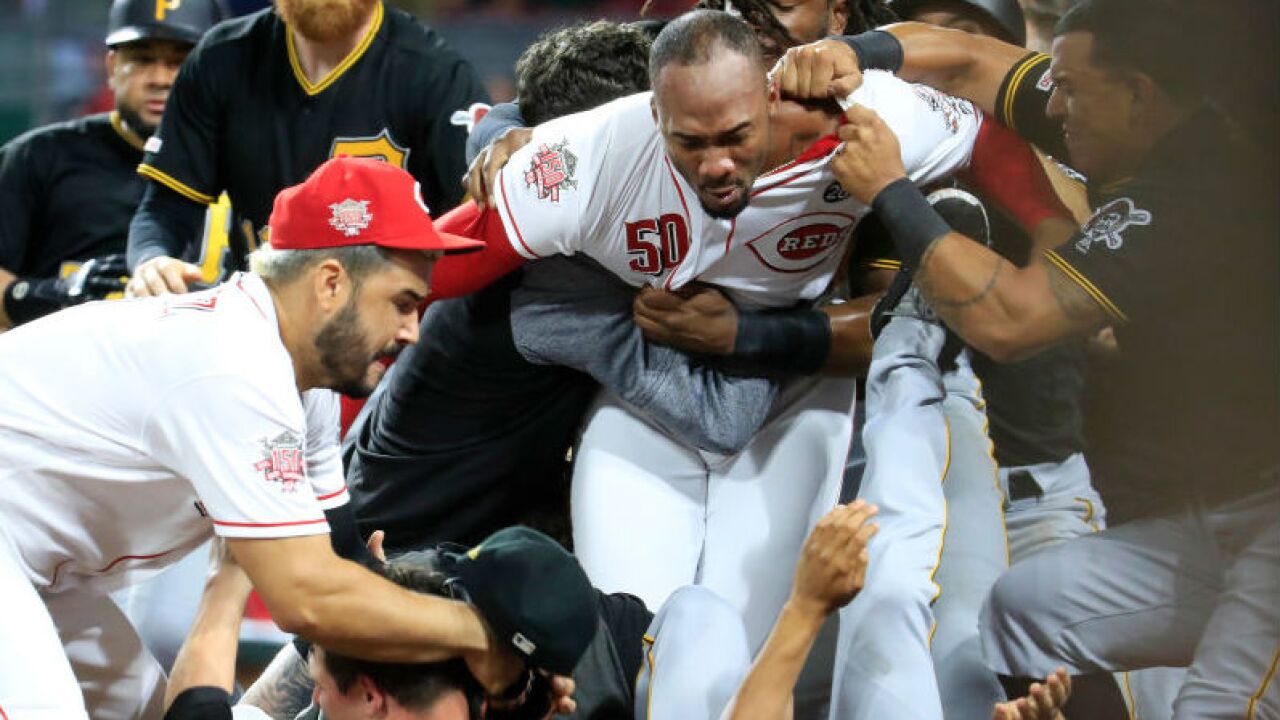 Andy Lyons/Getty Images
CINCINNATI, OHIO - JULY 30: Amir Garrett #50 (middle white shirt with out hat) of the Cincinnati Reds engages members of the Pittsburgh Pirates during a bench clearing altercation in the 9th inning of the game at Great American Ball Park on July 30, 2019 in Cincinnati, Ohio. (Photo by Andy Lyons/Getty Images) 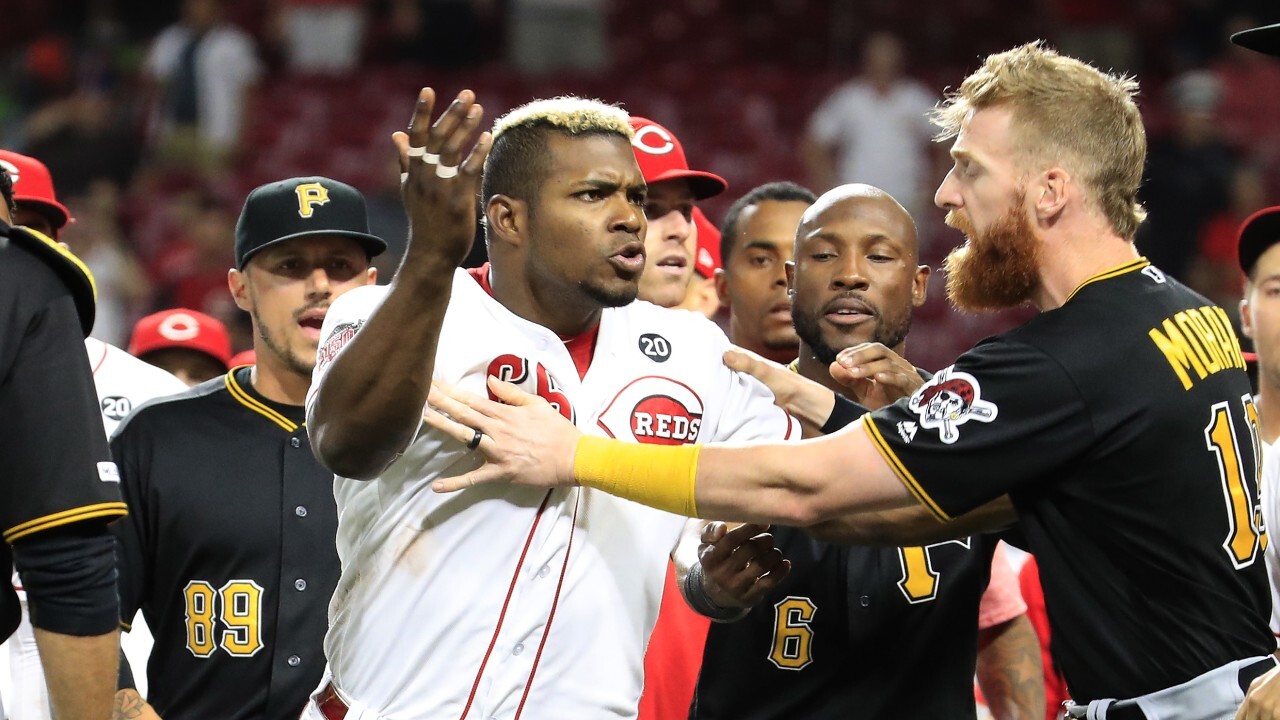 CINCINNATI — Baseball threw the book at the Reds and the Pirates for Tuesday night's brawl and - surprise - gave the longest suspension to the Pirates pitcher who instigated it.

The suspensions of the six players have been delayed while the players appeal. Bell's suspension will commence Thursday night in Atlanta and Hurdle's will begin on Friday.

Fines were issued to those eight and to Reds first baseman Joey Votto, Reds outfielder Phillip Ervin and Pirates pitcher Trevor Williams. Additionally, a number of players from both teams were fined for participating in the bench-clearing, ninth-inning incident while on the injured list.

Joe Torre, Chief Baseball Officer for Major League Baseball, said the suspensions, climaxing years of hostility between the Reds and Pirates, should be a warning to both teams.

“The incidents between these two clubs remain a source of concern, and it’s reflected by the level of discipline we are handing down today," Torre said. "Everyone on the field should be aware of the example they are setting for fans, particularly young people. I firmly expect these two managers and all others to hold their players accountable for appropriate conduct and to guide them in the right direction.”

An MLB release detailed the reasons for each suspension: