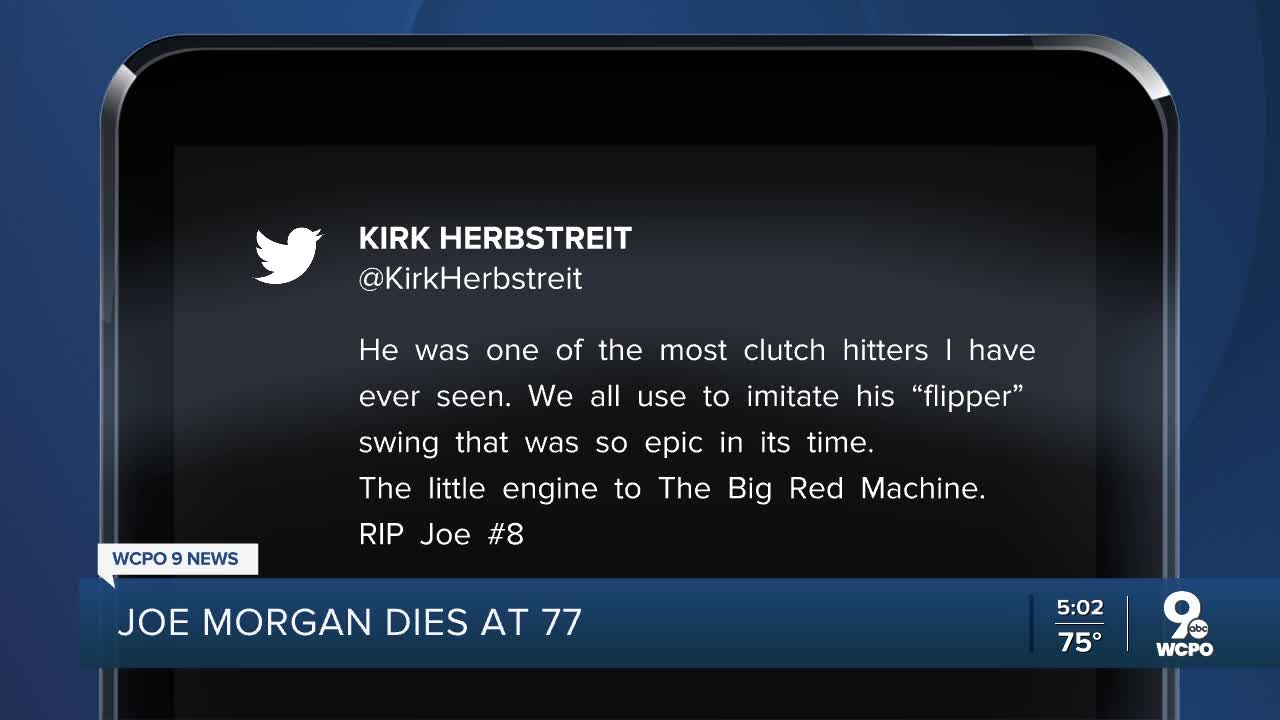 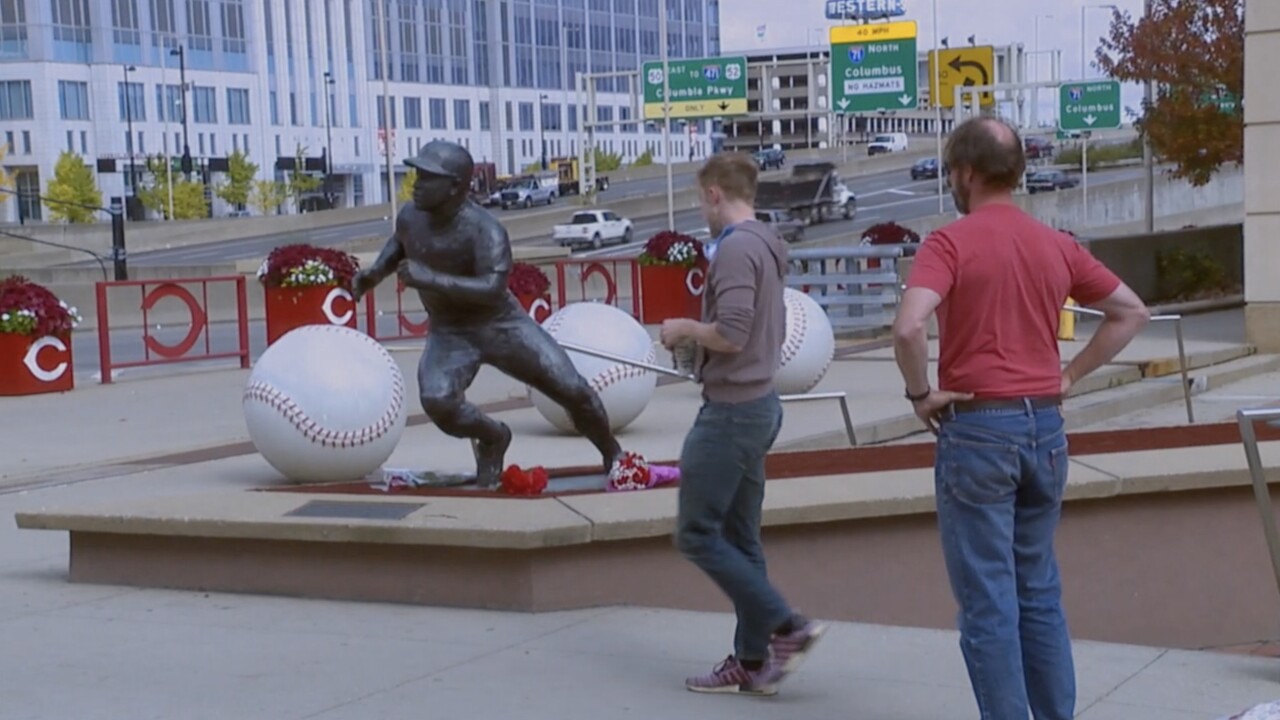 CINCINNATI — Within hours of the announcement that Cincinnati Reds legend and Hall of Famer Joe Morgan had passed away, a small memorial sprouted at the feet of Morgan's likeness outside Great American Ball Park.

Fans arrived at the statue to leave flowers, swap stories and mourn a Cincinnati icon heralded by most as the greatest second baseman ever to play the game of baseball.

"When I heard, I came down here immediately just to pay my respects and just to get a picture," said Kim Hilbert.

She recounted fond memories of watching the Big Red Machine with her father in the 1970s and said Morgan and the team brought families together.

"It is a big part of my life and was certainly my connection with my father," she said.

Among the Cincinnati residents stopping by the statue were also a few out-of-towners who detoured their visit to the city to include a stop at Great American Ball Park.

"My eight-year-old son called me, and we're from Michigan on vacation, and he knew all about him," said Kayla Kimble.

Fans of Morgan said they weren't expecting the sudden news of his death.

"He was one of the greatest second basemen ever to play and on top of everything else he was a great announcer for ESPN for years calling baseball games," said Duane Gutzwiller, from Hebron, Kentucky. "He was just a great guy."

Now, the No. 8 jersey has moved to the entrance and is the first thing visitors see when they walk inside the museum.

"We're going to keep his jersey out for fans to see and be up close to, and sometimes to get things out from behind the glass so fans feel closer to their favorite player or to an icon of history is really important," said Rich Walls, with the Reds Hall of Fame museum. "But I would expect to see fans showing their respects in many different ways."