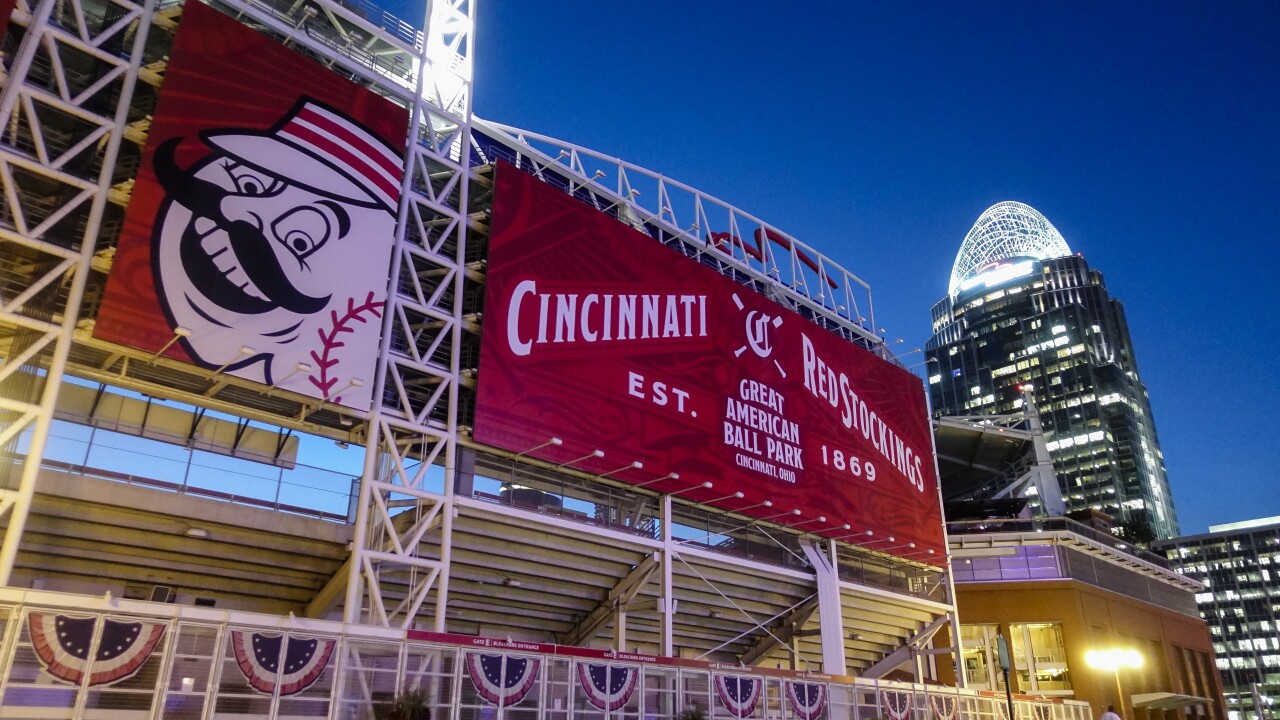 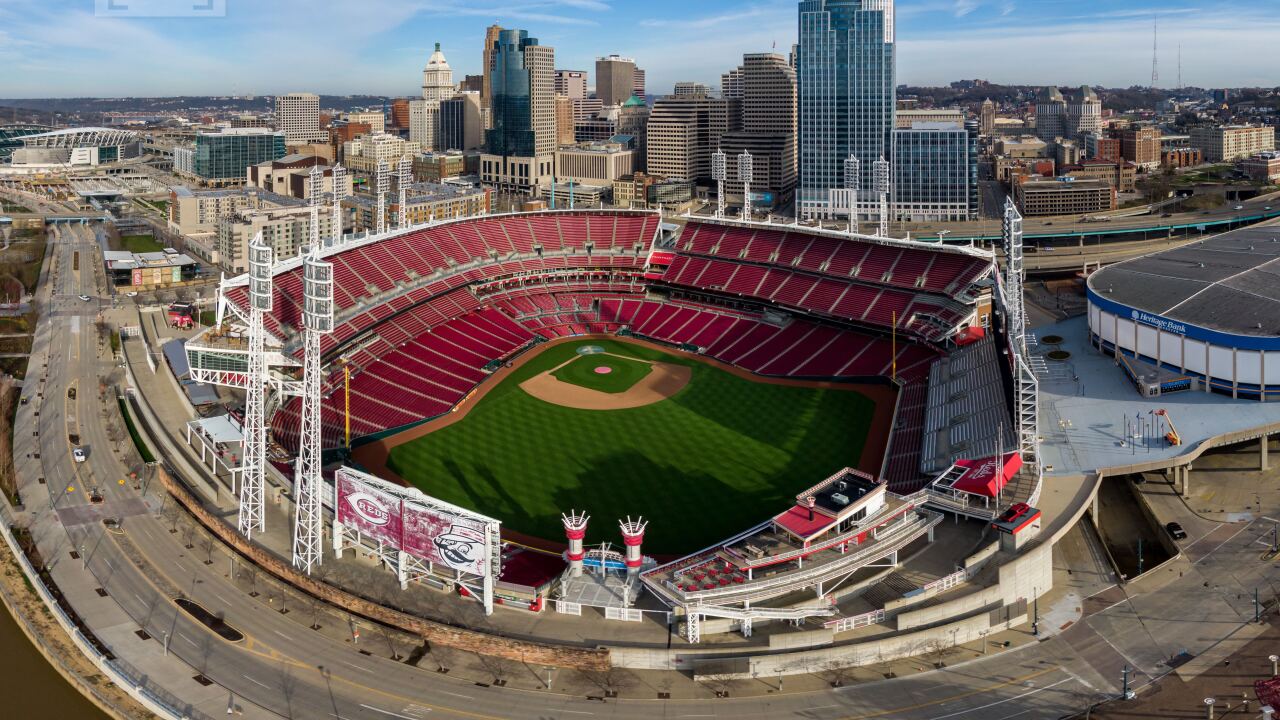 CINCINNATI — After a more than three-month delay, the call to “Play Ball” moved another step closer Monday night when the Reds announced their 60-game 2020 schedule.

Opening Day will be Friday, July 24, at Great American Ball Park against the Detroit Tigers. First pitch is 6:10 p.m.

Here it is... your 2020 60-game Cincinnati Reds schedule! 🗓️#TakeTheCentral pic.twitter.com/ShoZaRboFT

The Reds got their traditional home opener, though it matters less this year, during the COVID-19 pandemic, when no fans will be allowed in the ballpark.

With this year's season a sprint instead of the usual 162-game marathon, a good start will be crucial, and the Reds' schedule appears to give them an advantage.

They play the Tigers, who had the worst record (47-114) in baseball last season, six times in the first 10 games.

The Reds open with a seven-game homestand against the Tigers and Cubs and play nine of their first 12 at home - if home field can be an advantage in an empty stadium.

The Reds will play 40 games against NL Central rivals - 10 against each of the Brewers, Cardinals, Cubs and Pirates - and 20 interleague games against the AL Central - six against the Tigers, four vs. the Indians and Royals, and three vs. the White Sox and Twins. All teams will play corresponding 40-20 geographical schedules to reduce travel and ostensibly keep players safer.

The upgraded Reds have been working out in summer camp since Friday with players split between Great American Ball Park and Prasco Park in Mason.

This is the scene at Prasco Park here in Mason. 35 #Reds players working out today. @WCPO pic.twitter.com/h737QDPUof

"I think seeing the schedule makes it a little more real," Reds manager David Bell said. "We can all start to plan a little bit better ... have an idea of what our life is going to be like and where we're going to be for the next several months."

The Reds are offering fans holding tickets for games originally scheduled for the 2020 regular season the option to apply the value of those tickets towards tickets for the 2021 season or receive a refund.

Following five years in the cellar or near it, players and fans are counting on competing for a playoff spot after making several big offseason signings – namely second baseman Mike Moustakas, outfielders Nick Castellanos and Shago Akiyama, and starting pitcher Wade Miley and reliever Pedro Strop.

COVID-19 still figures to cast a large shadow on the season, forcing rule changes from the start and possibly canceling it for good if a predicted second wave occurs. More than 40 players – including two Reds – have been diagnosed with the virus, and some players have opted to sit out the season out of fear of catching it.

The season has been delayed not just by COVID-19 but by bitter and failed negotiations between MLB and the players union over how to split the revenue and the number of games to be played. On June 24, Commissioner Rob Manfred used his power to set a 60-game schedule to begin July 23-24.

This will be MLB’s shortest season since 1878, which is bound to call into question the legitimacy of stats and records.

Opening Day 2020 was supposed to be March 26, with the Reds hosting the Cardinals in Cincinnati’s traditional home opener. But two weeks before then, Major League Baseball announced its first delay and canceled the rest of spring training.

It wouldn't have been the first time the Reds opened on the road, although Baseball still normally schedules an Opening Day home game for the Reds in honor of their distinction as the first professional baseball team.

Weather interfered in 1966, when the Reds opener was rained out three days in a row, and the team started the season in Philadelphia and Pittsburgh. They were 1-5 when they finally celebrated Opening Day with a parade ending at Crosley Field on April 21.

In 1990, the year the Reds went wire to wire and won the World Series, team owners locked players out of spring training in a labor dispute and delayed the season. Instead of opening here, the Reds went on the road and won seven straight in Houston and Atlanta before coming home on April 17.

And it won’t be the first time the major league baseball season didn’t start as scheduled. Over the last 48 years there have been two players' strikes and one owners' lockout that delayed Opening Day. Those happened in 1972, 1990 and 1995.

A strike that started on Aug. 11, 1994, resulted in MLB canceling the World Series that year and continued into the following season until it was settled on April 25. Reds fans have pained memories of the 1994 strike because the Reds were in first place in the National League Central Division when the strike took place. The Reds came back to win the division title in 1995.

Long-time Reds fans also remember the two-month midseason strike in 1981. It lasted from June 11 until Aug. 10 and wiped out more than 50 games. It hurt the Reds the most because they finished with the best record in baseball (66-42) but didn't make the playoffs because MLB decided to name division champions for each half of the season. The Reds finished one-half game behind the Dodgers before the strike and 1 1/2 games behind the Astros after it.