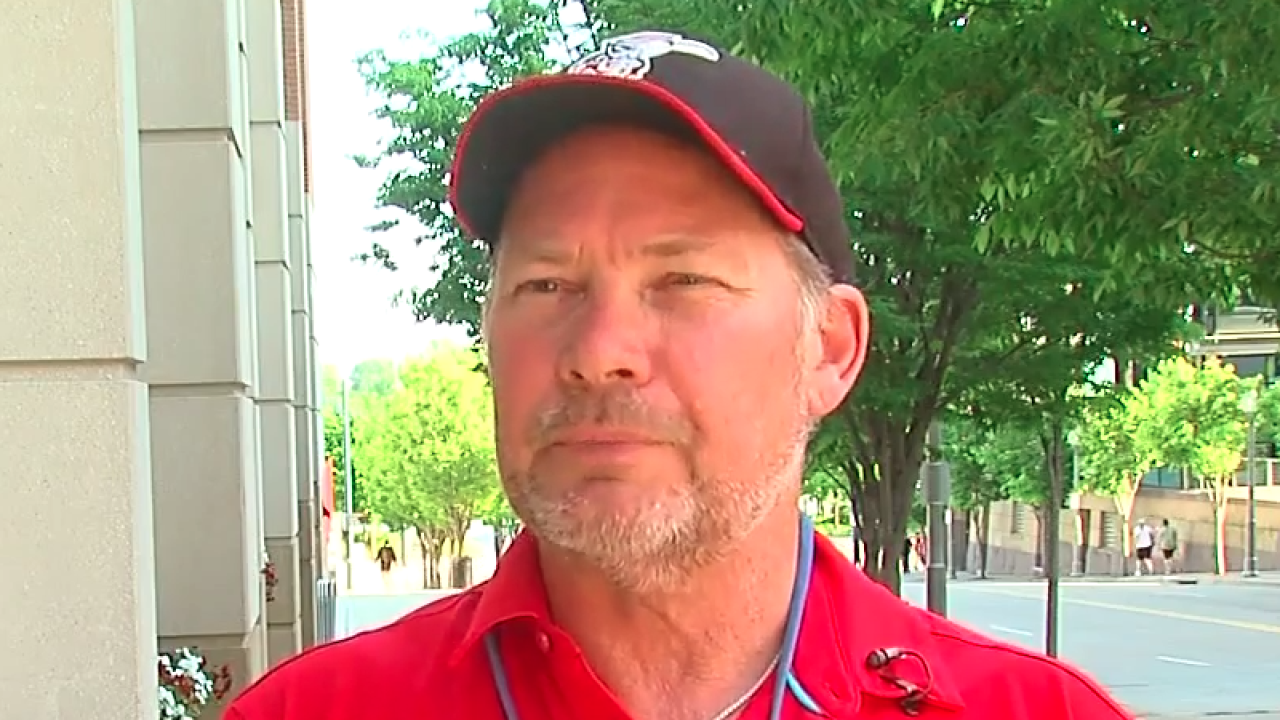 Dirk Morgan, a beekeeper, came to the rescue when a swarm of bees delayed the Reds-Giants game on May 6, 2019. (Fox Sports Ohio) 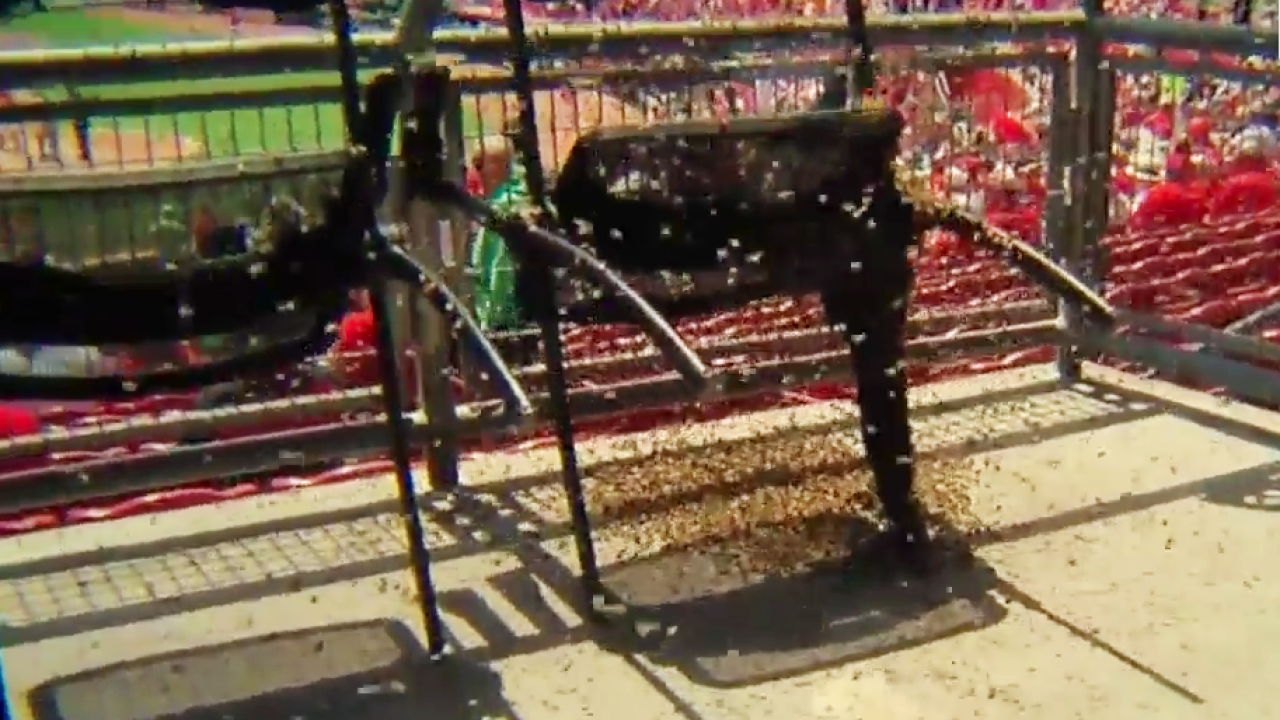 Dirk Morgan just happened to bee in the right place at the right time to save the day.

The Reds were getting ready to play the Giants Monday afternoon and Morgan, a beekeeper, had just finished lunch as a guest of the Reds owners when he peeked out of the Castellini's box and saw a swarm of an estimated 75,000 honey bees.

"I said, ‘Get me a box,’ “ Morgan recounted on the Reds Network on Fox Sports Ohio.

While players and fans swatted at bees and Derek Dietrich of the Reds grabbed a sprayer and tank and darted around the field pretending to be an exterminator, Morgan said he knew just what to do.

He carefully removed the queen bee from a swarm in the boxes behind home plate and placed it in a Joey Votto Bobblehead box, then carted it away. The rest of the swarm followed to another location.

Morgan, who has been keeping bees for 15 years, said he wasn't afraid of being stung.

“I was fairly certain that the bees weren't going to sting me because, when bees swarm, they're very docile. They're just looking for a home,” Morgan said.

The game got underway with only an 18-minute delay, thanks to Morgan.

“It's pretty cool to go to a baseball game - a bee-ball game --and be able to rescue 75,000 bees. For a beekeeper, that's the ultimate right there,” Morgan said.

It wasn’t the first time bees delayed a Reds game. It happened at least three times at Riverfront Stadium.

On April 17, 1976, another Reds-Giants game was delayed 35 minutes. Several Giants were stung by the bees, which first hovered over the Giants’ on‐deck circle, then moved to the end of the dugout. The situation took a turn for the worse when Reds officials sprayed the bees with a water hose and a fire extinguisher in an attempt to rout them, according to an Associated Press report.

That turned out to be Dick Wagner, then assistant general manager to Bob Howsam. Wagner said Howsam told him to get the groundskeeper’s hose. Later, Wagner said his father, an amateur beekeeper, called him from his home in Nebraska, where he was watching on NBC’s Game of the Week, and said never put water on bees when they’re swarming.

Two fans with beekeeping skills put the queen into a makeshift cardboard beehive and the others joined her. Walter Howard, owner of a Cincinnati extermination firm, and Floyd Hastings, a bank auditor from Fort Wright, Kentucky, got a standing ovation from the crowd. Hastings was stung eight to 10 times as he scooped the bees with his bare hands.

“But they stung me because I was pinching them, not because they were bothering me.” he said. “Bees are like any other animal. They don't fight hack unless in danger.”

It also happened on May 26, 1980 against the Dodgers and May 10, 1987 against the Phillies. In the latter game, bees stung Reds pitcher Ted Power on his throwing hand but he still managed to strike out 11 Phillies.