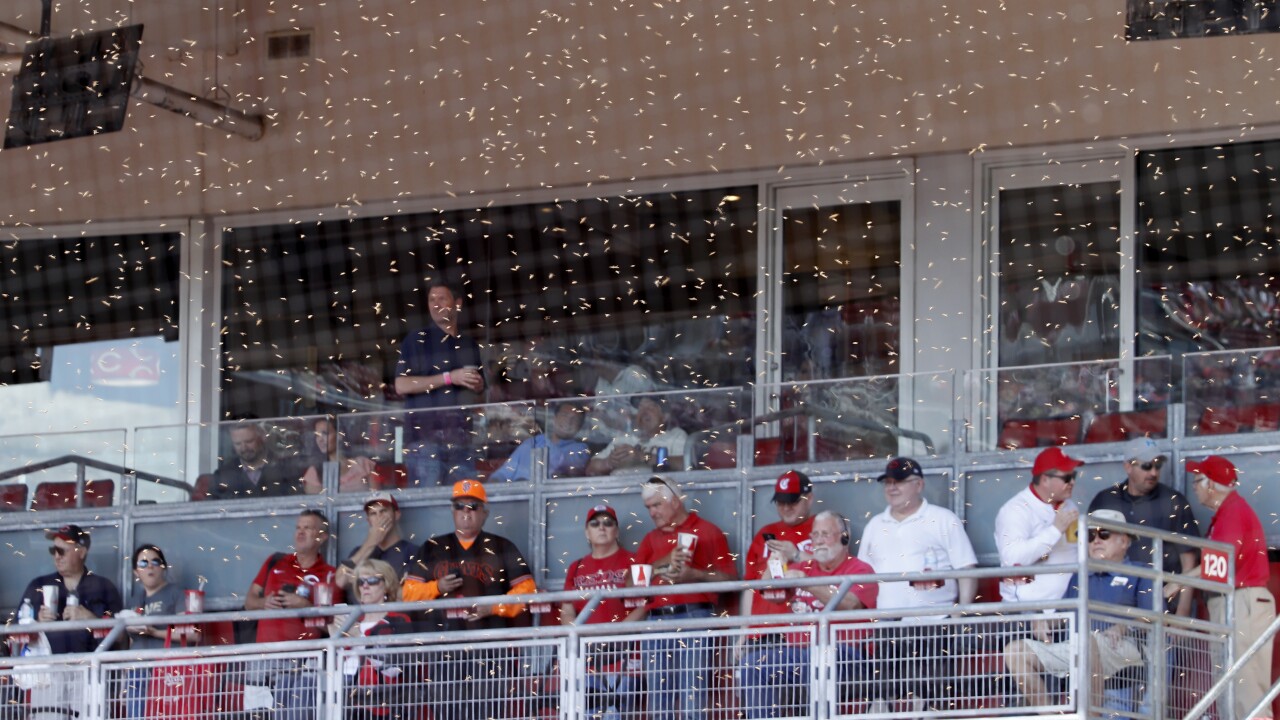 Don’t get these very often. pic.twitter.com/fiTz4a0jxg

The team shared video of Derek Dietrich Beetrich bumbling around on the field in exterminator garb.

After an 18-minute delay, the game finally began.

The Reds went on to give the Giants a stinging 12-4 loss.

"I've never seen that," said Reds rookie Nick Senzel, who hit two home runs. "That was crazy. I didn't know what was going on at first. Then I saw the swarm."

News of the delay drew buzz online, but this has actually happened during at least three Reds game beefore. In 1976, another Reds-Giants game at Riverfront Stadium was delayed for 35 minutes by a swarm of bees.