At 9 months pregnant, she was living in a parking garage. Now, she has a home. 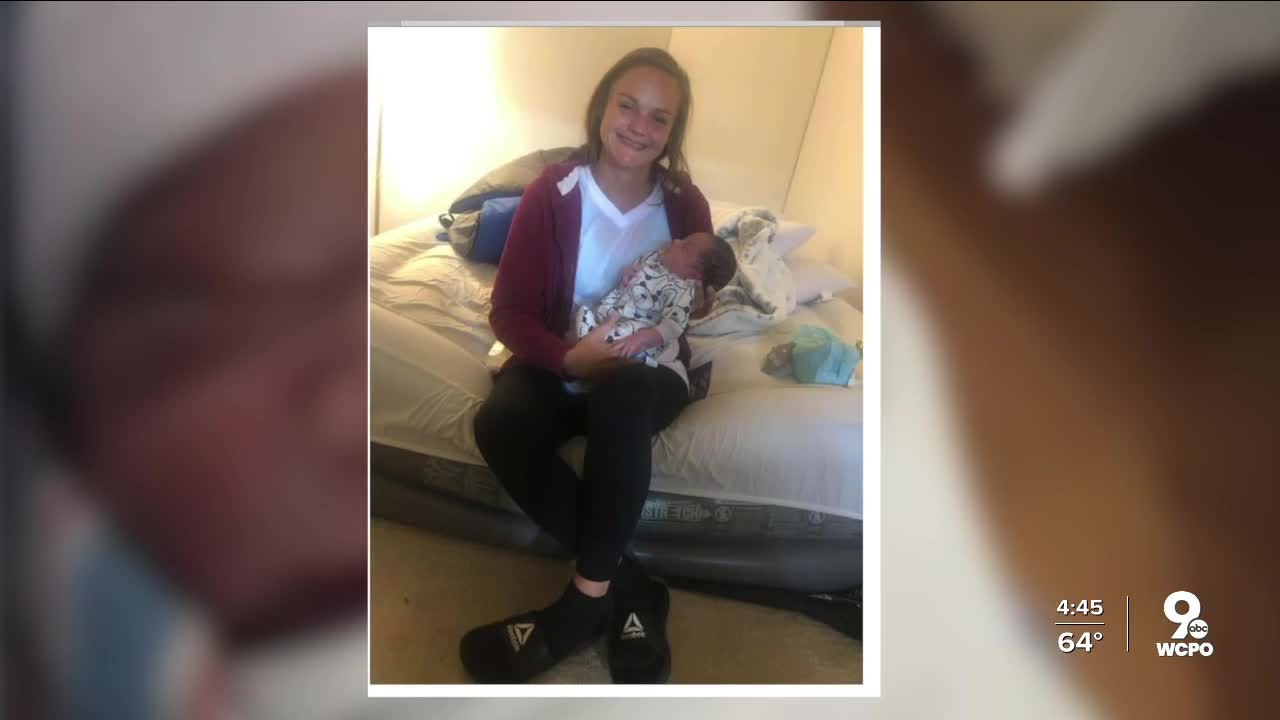 Following up on a story we first reported on four weeks ago, a pregnant woman living in a parking garage because she couldn’t get her unemployment benefits. Now we have good news about her, her baby and the generosity of the Tri-State. 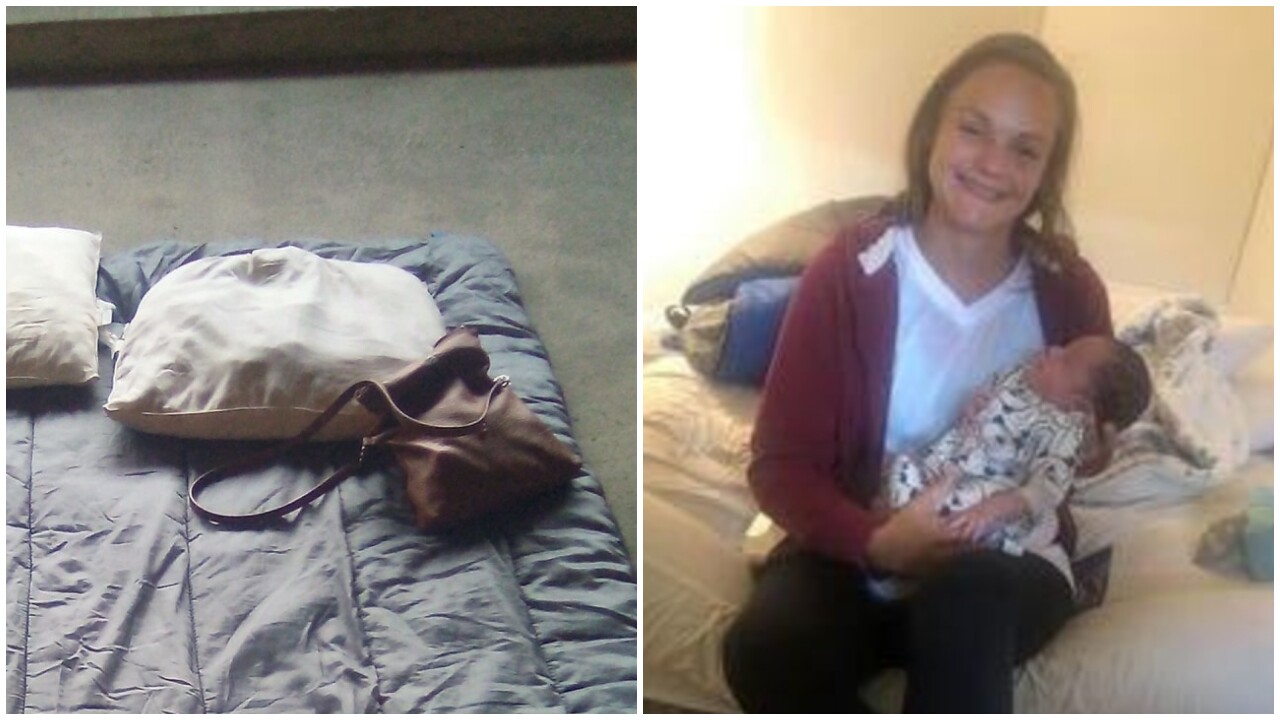 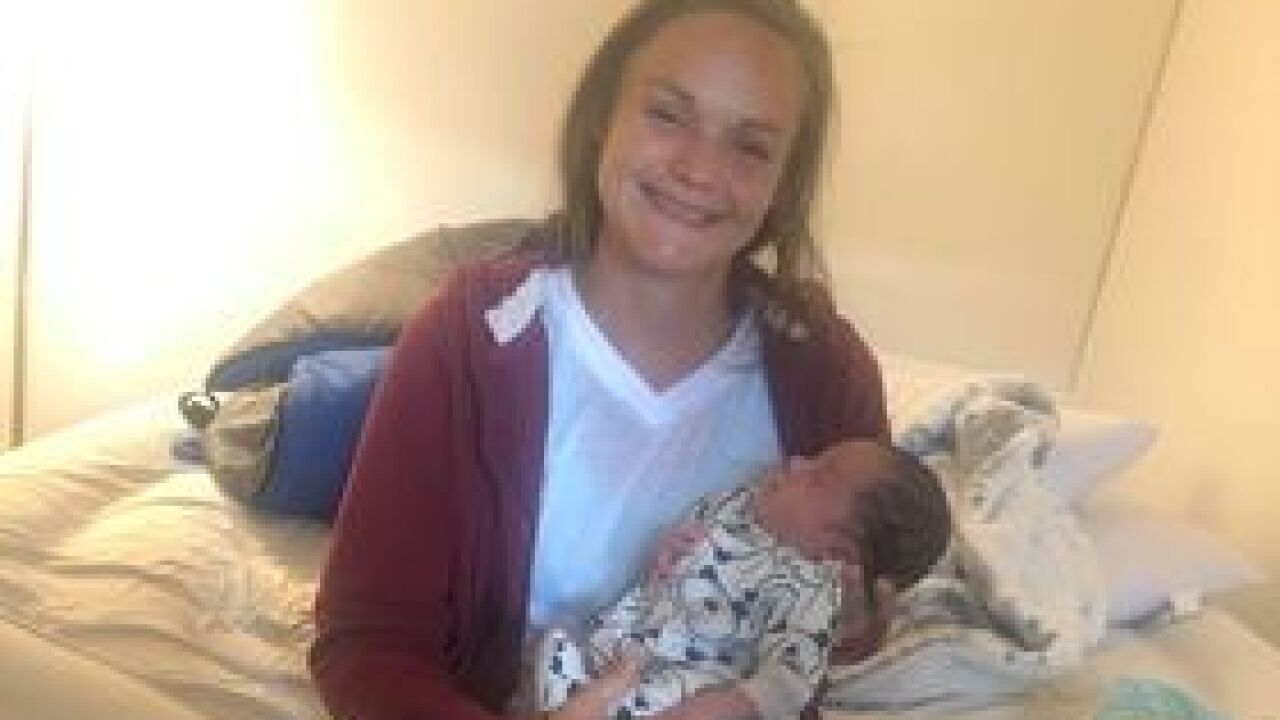 CINCINNATI — It was four weeks ago that we ran a report about a pregnant woman living in a Covington parking garage.

Sabrina Timerding had run out of money and luck, and she was unable to collect her unemployment benefits.

Now, there is good news to report about Timerding, her baby and the generosity of the Cincinnati-area community.

When we first met Timerding, she was nine months pregnant, eating at a parish soup kitchen in Covington and living with her boyfriend on the floor of a parking garage.

"I am sleeping in a parking garage. I am dirty. This is not right," Timerding said.

Fell through cracks of unemployment system

Timerding was doing part-time catering work in Ohio when COVID-19 hit, but was unable to get unemployment benefits approved.

"It has been almost two months and they won't tell me nothing and are just telling me to be patient," she said of the Ohio Department of Job and Family Services.

Out of money, and with nowhere to go, she and her boyfriend took over a corner of an abandoned parking garage.

Since our initial report, we have heard from more than a dozen viewers who wanted to help. Some offered a temporary place to stay; others offered diapers and baby clothing.

One anonymous viewer sent a card with a check enclosed for $98.

Jennie Maiden, of Delhi Township, and Terri Beth Faust, of the Whitewater Crossing Church in Cleves, both saw the report and jumped to action, even though they did not know Timerding.

"I felt just compelled to help Sabrina," Maiden said. "Something just pushed me to want to help."

Maiden said it may have been because she is a young mom herself, and she could see any young mom ending up with no money and nowhere to go.

So she put out a Facebook plea and raised $600 dollars in donations, and more.

"A lot of moms were able to help me with donations and they were able to give baby items and diapers," Maiden said.

"We met Sabrina and her boyfriend, and felt so inspired by their story that we wanted to offer hope to them," Faust said.

Now getting settled in new home

Now, Timerding is thanking them and everyone else who helped on Facebook.

"People have reached out asking to help me, for which we are are so grateful. Any help counts. Thank you so much," she posted.

She, her boyfriend and healthy baby are now settling into their apartment on Cincinnati's West Side.

Finally, after we contacted the Ohio Department of Job and Family Services, officials investigated Timerding's unemployment application and has now started sending her benefits.

Faust is so glad they were able to help Timerding and her baby get into an apartment.

"Everybody needs redemption, everybody needs second chances, and we like being able to offer that help to our community," she said.

It's yet another example of the good will and generosity that Cincinnati is known for.