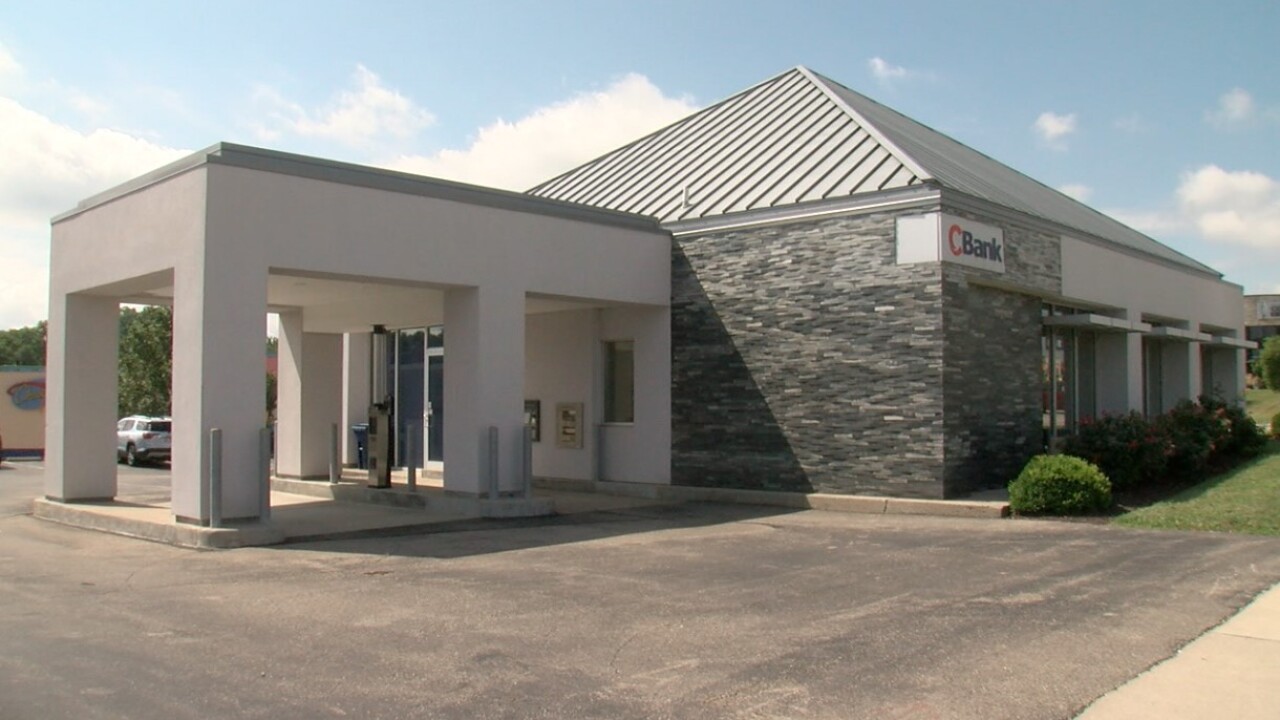 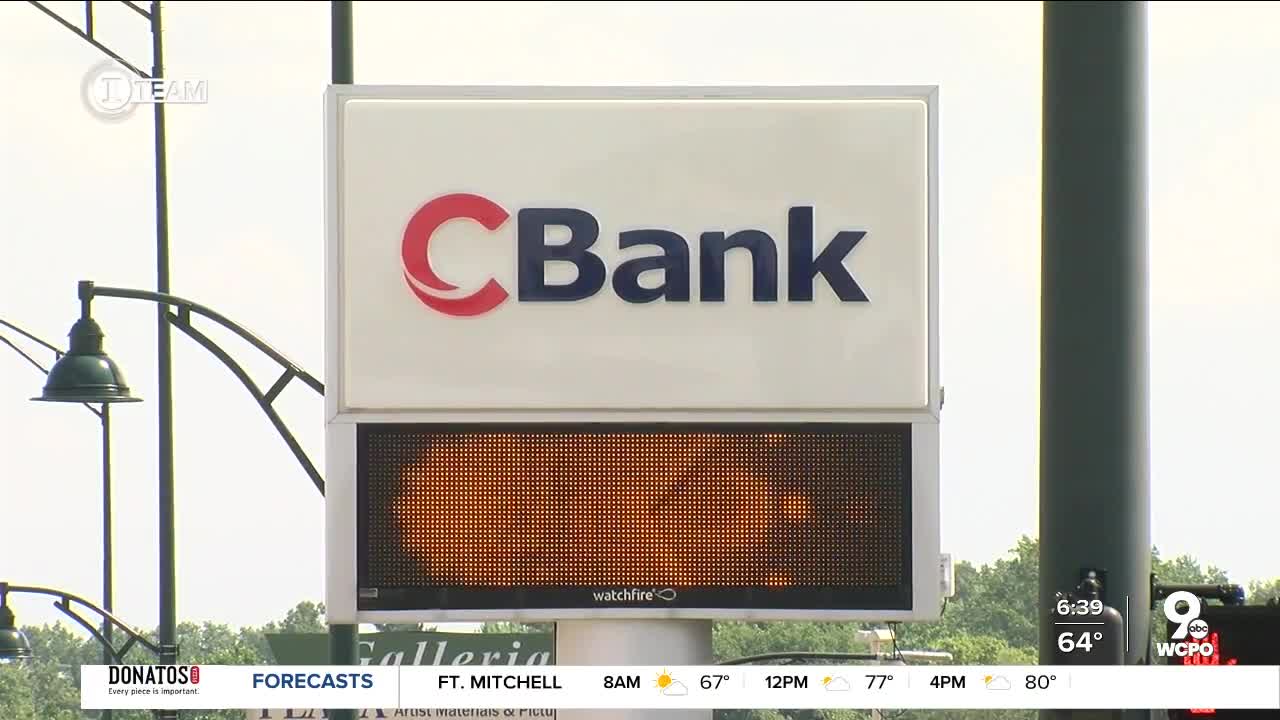 CINCINNATI — It took 410 lenders to handle Greater Cincinnati’s demand for 29,073 loans from the Paycheck Protection Program, a new I-Team analysis shows. Those banks delivered at least $2.9 billion to local companies, nonprofits, schools and churches. They collected at least $98.8 million in fees for their efforts.

Patrick Longo doesn’t begrudge a penny of that compensation.

“They put in a tremendous amount of effort,” said Longo, president and CEO of HCDC Inc., which operates economic development programs for Hamilton County.

HCDC advised more than 500 companies on how to participate in the national small business relief program, Longo said. And its nonprofit business incubator, the 7-employee Hamilton County Business Center, borrowed $84,000 to cover its payroll with a PPP loan approved by Republic Bank.

“I can tell you the amount of work, the amount of things they had to scrub, they probably put in a good six hours on our application,” Longo said. “This was not 15 minutes and boom.”

The I-Team has been monitoring how stimulus money from the $2 trillion CARES Act is being spent in the Tri-State.

We’ve looked for evidence of fraud in the Pandemic Unemployment Assistance program, which delivered $4.7 billion to 494,000 Ohioans in the last 19 weeks.

And we’ve explored whether minority-owned companies have adequate access to PPP, the most visible stimulus program created by the CARES Act, which delivered $519 billion in loans to 5 million U.S. borrowers since April 3.

This analysis of how the local banking industry is handling small-business relief comes from data released July 6 by the U.S. Small Business Administration. That data includes the names of more than 4,700 PPP borrowers that received loans of more than $150,000, along with the name of their banker and a dollar range to describe their loan amount.

This analysis marks the first time local data has been published on loans below $150,000. The SBA revealed the exact amount of 24,311 loans for less than $150,000, along with the bank’s name and the industry sector in which the borrower operates.

Those smaller loans totaled $878 million and helped to retain 135,642 jobs. Loans above $150,000 retained 259,797 jobs and brought between $2 billion and $4.8 billion in much-needed capital to organizations struggling since March due to government shut downs and other side effects from the coronavirus pandemic.

The numbers suggest PPP loans helped to preserve 34% of all jobs in the Tri-State. The total civilian workforce stood at 1.1 million in February, plunged by 56,000 in April but recovered all but about 3,000 of those losses by June.

A principal analyst for the research firm S&P Global Market Intelligence, Stovall argues PPP was much more effective than the Troubled Asset Relief Program, which pumped $426 billion into the banking system to stimulate growth after the 2008 recession.

“I’ve been a big defender of this program in a lot of ways because it’s gotten a lot of flak,” Stovall said. “And I understand, it was messy from the start. The day it opened the system crashed. Bankers were frustrated. They didn’t know what the process was going to be.”

Four of the nation’s biggest banks were sued in April, accused of catering to their largest customers while freezing out small business owners for whom the program was created.

Even after a second round of PPP funding was authorized by Congress, critics alleged minority-owned companies had trouble finding loans.

The local PPP data left some scratching their heads about lending decisions.

Stovall said the criticism is fair, but it shouldn’t detract from the program’s main accomplishment.

“The banks stepped up and worked hard and got $520 billion out there in pretty quick order," Stovall said. "And it might not be enough, but I think it had to have helped.”

The region’s biggest PPP lender, Fifth Third Bank, approved 4,363 loans in the 172 zip codes that comprise WCPO 9’s viewing area, 85% of them for less than $150,000. In total, the bank delivered between $413 million and $812 million to its local customers and generated fees of at least $13.9 million, according to the I-Team’s analysis.

“Our teams across the bank did their best to position applicants for success, working through nights and weekends to implement the new program,” said Kala Gibson, head of business banking for Fifth Third, in a prepared statement. “Our bankers demonstrated incredible commitment as they worked tirelessly to help our customers and our community.”

Fifth Third declined to answer questions about its fees, although Gibson said the bank made “a significant investment in technology and staff,” so “net proceeds” from PPP loans are yet to be determined.

The SBA paid banks a processing fee that varied by loan size. The biggest loans, between $2 million and $10 million, brought a 1% fee, while 3% went to loans between $350,00 and $2 million. Banks got a 5% fee for loans up to $350,000. The SBA paid the fees when the loans were funded but it could be years before banks know whether the fees are enough to cover their expenses from the loans.

That’s because accounting rules require banks to recognize fees and interest over the life of a loan. Most PPP loans have two-year terms, but the program was revised to let borrowers pay back loans over five years. In the meantime, banks must cover the administrative cost of originating loans and regulatory compliance. And they must establish a review process to determine if each PPP loan should be forgiven.

To have their PPP loans forgiven, companies must show at least 60% of proceeds were spent on payroll expenses. But the rules have changed since the program began and might change again. Each change adds administrative cost for banks.

“The loans are guaranteed by the SBA, so banks don’t face risk of the loans not getting paid back,” Stovall said. “The issue will be if fees don’t come as quickly as they would hope. The longer it takes to receive the fees, the lower the return from PPP loans because there is a cost associated with servicing the credits. That’s why we’ve seen at least three banks sell their PPP loans and I think some more will follow.”

Although the region’s biggest banks made the most PPP loans in Greater Cincinnati, several smaller community banks churned out loans by the hundreds. Kenwood-based CBank ranked 14th in the I-Team’s analysis with 233 loans of at least $45.3 million and fees of at least $1.3 million. The bank made 208 loans in the first five weeks PPP loans were available.

“It was worth doing for our customers,” said CBank CEO Dean Meiszer. “It’s not going to be a huge profit, but we won’t lose any money.”

With $206 million in assets, CBank is about 900 times smaller than Fifth Third, but its larger rival only did about 19 times more PPP loans. Meiszer said the bank’s mission of serving privately held companies caused it to commit time and resources to the program. About 65% of its PPP loans were for less than $150,000, which Meiszer expects will make CBank’s PPP portfolio less profitable. But the bank picked up some new customers that had trouble finding loans from some of the region’s biggest banks.

“In the long run I think it was worth a lot of goodwill,” Meiszer said. “We did a number of nonprofit deals that were not customers of ours and they really, really appreciated it. And that’ll pay off for us.”

Longo is also convinced the program was worth doing. Longo worked as a banker for seven years before joining HCDC to run its business incubator in 1996. He was promoted to HCDC’s CEO role in January, 2019. While the PPP program had “fits and starts,” Longo said, the loans met a crucial need for companies that saw their revenue evaporate overnight.

“They were not easy to get,” Longo said. “But when you got it, the relief on those owners’ faces. I will tell you it was worth the time and effort.”