COLUMN: New trails aren't enough to make Cincinnati one of the 'most bike-friendly' cities in U.S. 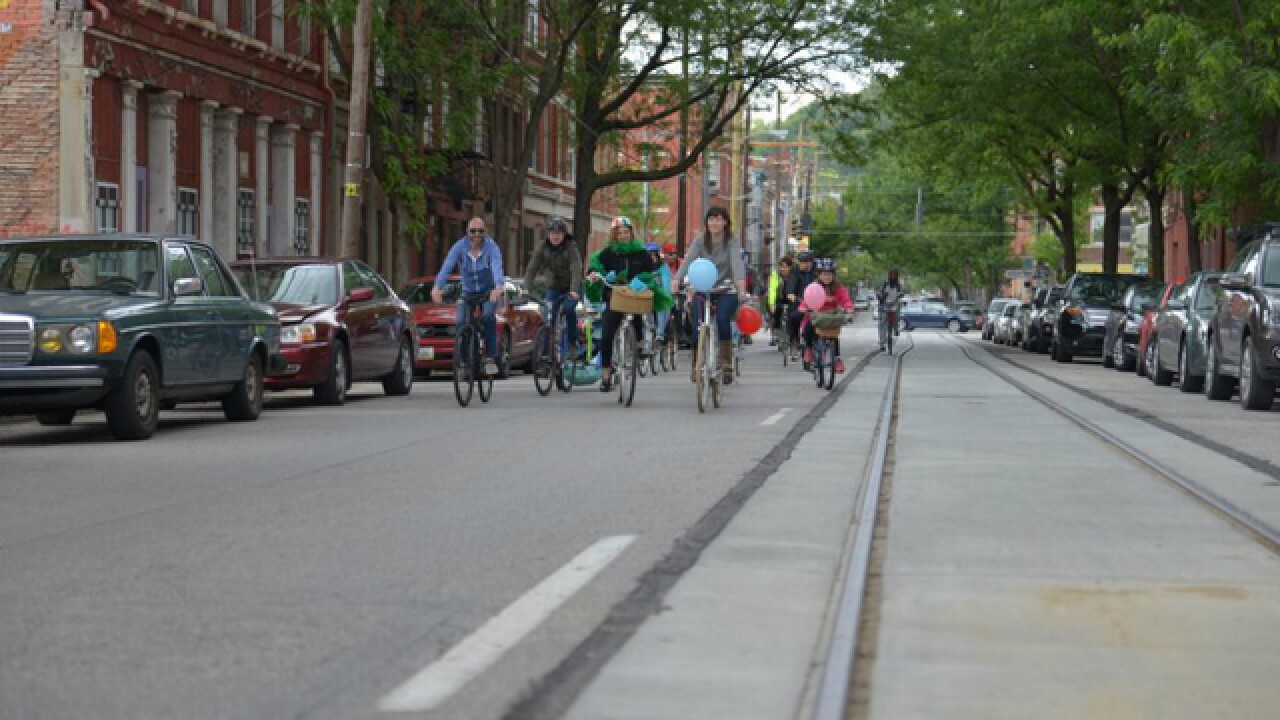 Pat LaFleur reports on transportation and mobility for WCPO. He is also a daily bike commuter.

Like any such announcement, Red Bike's expansion marked another step toward a more bike-friendly city and region. It also caused me — not just as a transportation reporter but also as a bike commuter — to take stock of what the region has accomplished over the last decade in accommodating more cyclists. In this case, I paused to consider how many more neighborhoods will become accessible to riders of all ability levels with electric-assisted bicycles.

"I think we are in the process, during our administrations, to making the city one of the most bike-friendly in the country," Cranley said during Thursday morning's news conference.

Only a few minutes into the mayor's remarks, this statement also brought me pause.

One of the country's most bike-friendly? Really?

We might be "in the process," sure, but we have a long way to go before we've earned that moniker. In fact, as many steps as the region has taken forward, we've taken steps backward, too, in recent years. Both the mayor and City Council have done great work boosting our trail system but have passed on multiple opportunities to boost our on-street infrastructure, as well.

First, the steps forward: It's important to acknowledge what the city's elected officials recently have accomplished in building out the region's bike infrastructure:

These are all big deals, no doubt, and it is not hyperbole to call these efforts promoting off-street biking and walking trails across the region "historic."

However, the mayor's remarks Thursday underscored a truth that we and other car-dependent communities have yet to grapple with in earnest: For a city to be truly "bike-friendly," off-road trails simply aren't enough. These trail projects must go hand-in-hand with on-street infrastructure improvements, namely dedicated — or better yet, protected — bike lanes.

Once the Wasson Way is built, you might be able to ride from Mariemont to Evanston without encountering the hazards of sharing the road with motor vehicles.

But what if you need to get from Mariemont to Clifton? Or Downtown? In other words, where are cyclists left when the trail ends?

For comparison, let's look at some of the cities held up as the country's most bike-friendly. Last fall, Bicycling Magazine published its 50 "best bike cities in America." It came as no surprise that progressive cities such as Seattle, San Francisco, Minneapolis and Portland, Oregon, topped the list.

But other cities that struck as more familiar — politically, demographically and geographically — also ranked among the best: Cleveland (#29), Indianapolis (#30), Memphis (#31), Louisville (#37), Columbus (#39) and Pittsburgh (#40) all made the magazine's cut.

That's because Cincinnati largely lacks what Bicycling Magazine's list comes back to time and again: Bike lanes and road narrowing. As I've reported extensively over the years, the Central Parkway Protected Bike Lanes remain unfinished; the Liberty Street "road diet" has been diminished into a faint glimmer of its original concept, which included bike lanes in both directions; and nearly a decade into the city's 15-year bike plan, the administration has accomplished roughly 20 percent of the plan's stated goals.

In a way, the Wasson Way stands to become a symbol of this administration's approach to bike planning and infrastructure. The city manager and the mayor's budget proposals for fiscal year 2020 both gut bike program funding, siphoning those funds into the next phase of the Wasson Way, creating a monopoly of funding for off-street bike projects.

I am not arguing that any of the city's elected officials are anti-bicycle; in fact, far from it. I understand where the mayor's focus on trails comes from: He's not alone in seeing cycling in the street as a generally unsafe endeavor: While bike crashes are decreasing, fatal bike crashes are on the rise, both nationally and across the state of Ohio, and trails remove the hazard of coming in contact with a motor vehicle from the biking equation.

But his administration's singular focus on trails has had two effects. First, it undermines any claim this city has to accommodating bicycles as a practical transportation option rather than just a recreational activity: Not everyone will have the luxury of living or working within walking distance of the Wasson Way trail, so its practical applications as a transportation corridor are limited.

But second, and more importantly, it indirectly reinforces the still widely held notion that bikes don't belong on the streets with cars, despite Ohio law saying otherwise. I do not think this has been a conscious move on Cranley's part, but until streets are designed with bicycles in mind, drivers will not see bicyclists as the road users many of us are.

The mayor and City Council have proven more than once that they do not prioritize on-street bike infrastructure: First, by failing to generate enough votes to extend the Central Parkway Protected Bike Lane to meet its original design — the mayor vetoed that — and second by allowing the Liberty Street project to succumb to demands for on-street parking instead of creating a truly multi-modal transportation corridor.

So please, Mr. Mayor and City Council, consider this a call for you, in the remaining two and a half years you have in office, to add to the excellent work you all have done building out our region's biking and walking trails.

And remember that, when the trails end, bicyclists are still left literally in the streets.