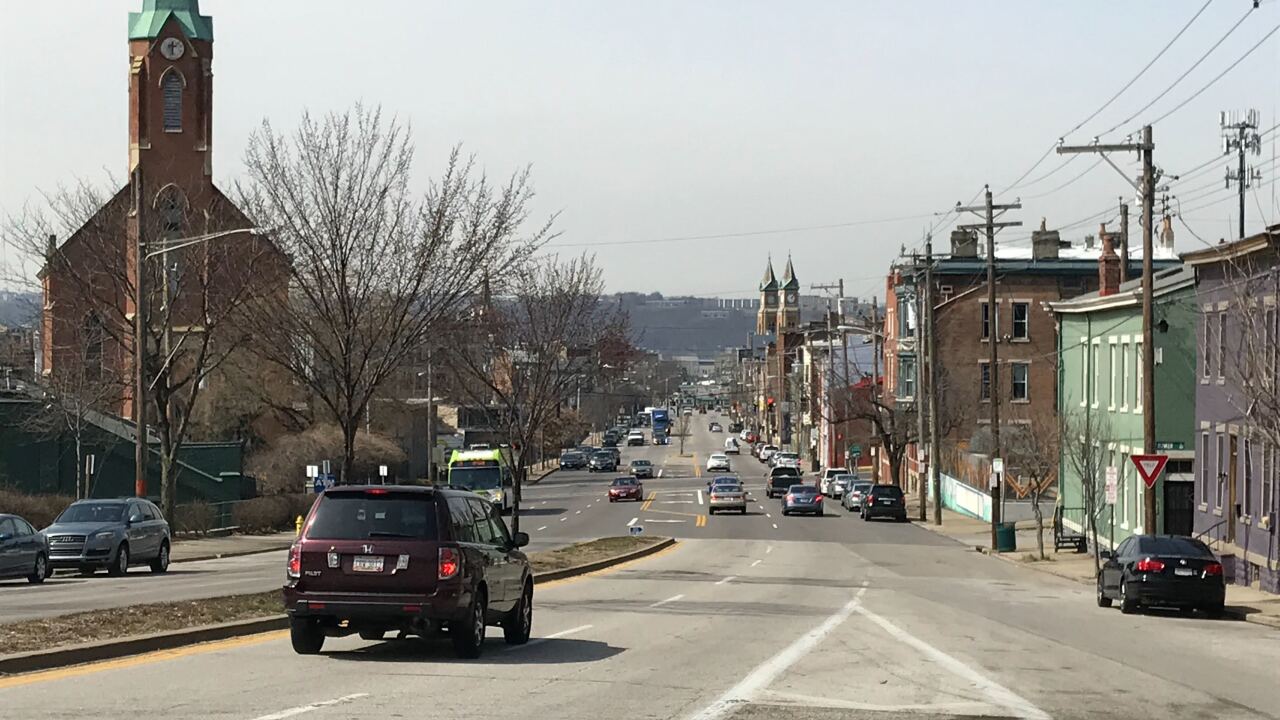 CINCINNATI — After years of back-and-forth among City Council members and the mayor, the administration finally has a clear plan for how it will redesign Liberty Street.

The council Wednesday evening approved plans to shrink the road from its current seven-lane configuration to a six-lane configuration. The plan -- still in its final design phase -- will maintain two lanes of traffic in each direction with a center turn lane and a 24-hour parking lane on the street's north side. The southern edge sidewalks will widen under this plan. The plan will also add new curb bump-outs at intersections that don't already have them.

Multiple council members and Mayor John Cranley praised the plan as a compromise between two proposals that were locked in a dead heat over the last year. One plan would have reduced the road to five lanes and restricted on-street parking during the daytime hours. The other would have maintained all seven lanes and limited work to installing new bump-outs.

Councilmen Chris Seelbach and Jeff Pastor negotiated the six-lane compromise. Pastor's vote became crucial to the project moving forward after Seelbach could not gather a veto-proof set of six votes in favor of his five-lane plan.

"I really want to point out that Councilman Pastor listened to people who were ignored," Cranley said Wednesday. Cranley opposed the five-lane plan's impact on Liberty Street's parking capacity, citing multiple businesses and institutions' concerns. Specifically, Cranley mentioned Chatfield College and the Freestore Foodbank, both of whom he said were not engaged in the planning process.

City Council approved the six-lane configuration by an 8-1 margin. Councilman David Mann was the lone "no" vote, saying he worried the ordinance called for more community engagement while simultaneously locking the administration into the design depicted in the concept drawings. A city official assured Mann that these were only concept designs and were not final.

The approved ordinance did not outline a specific timeline for construction to begin.