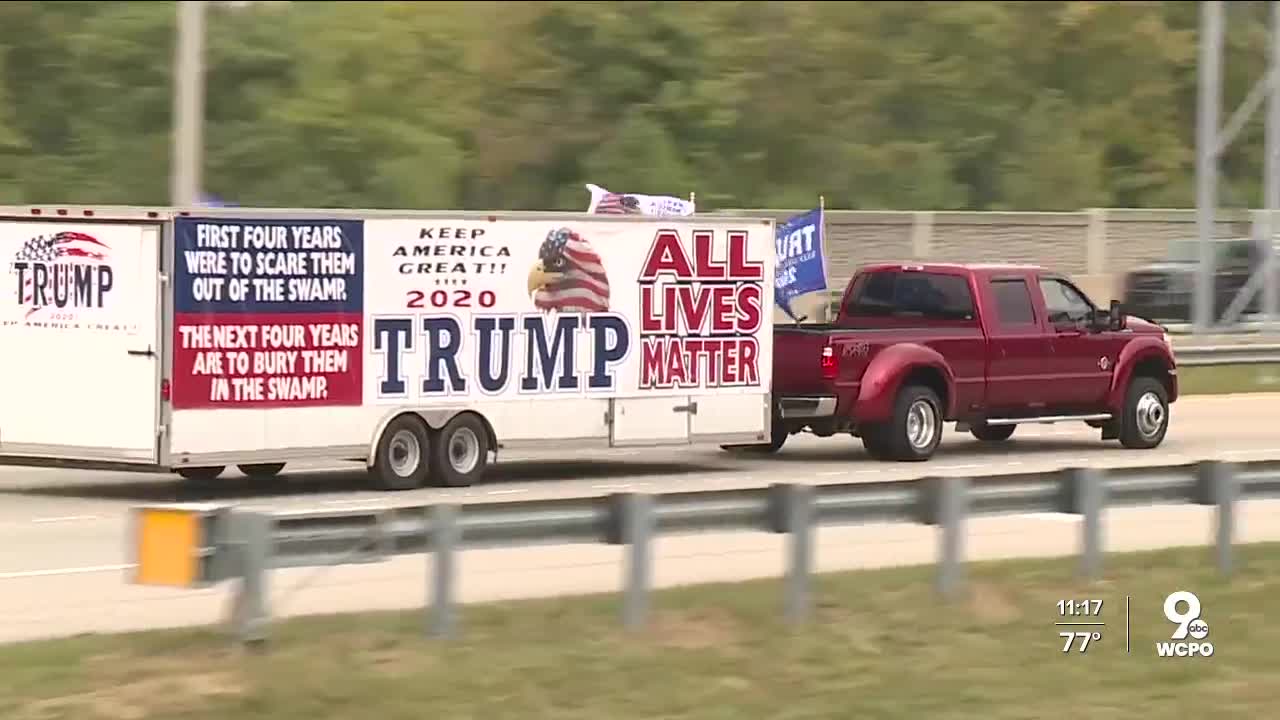 Pro-Trump caravans take to I-275 loop 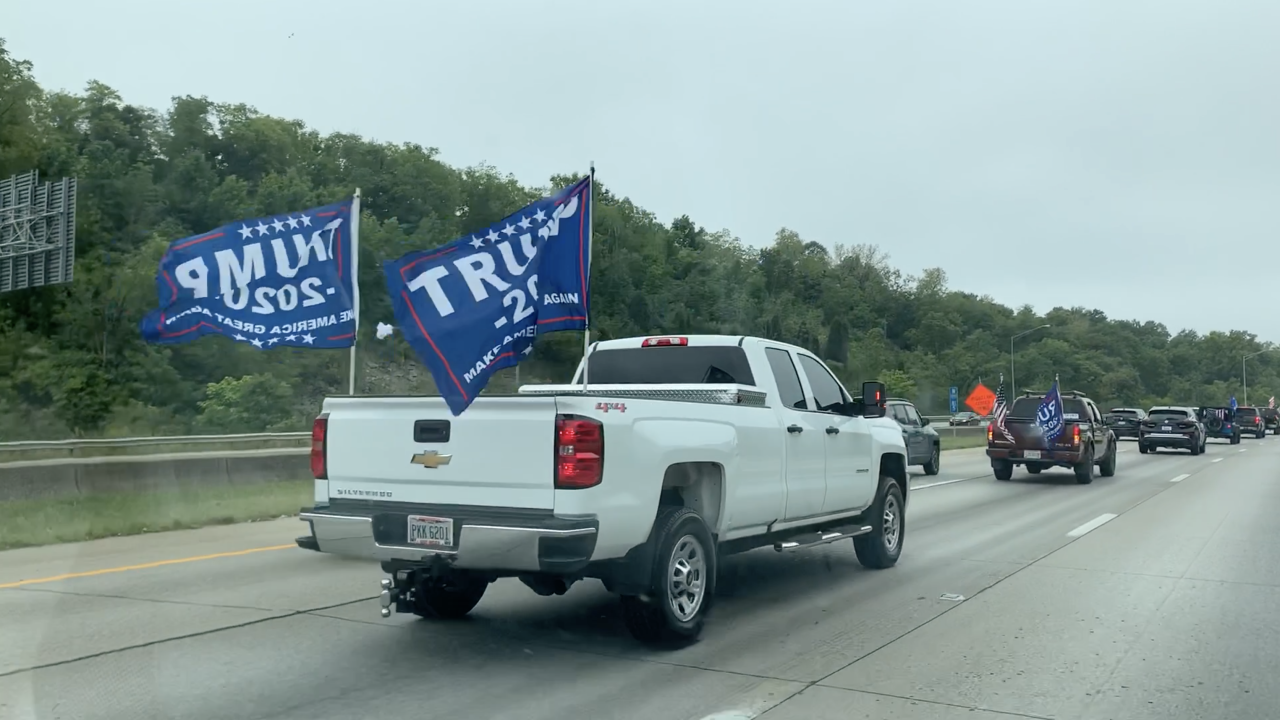 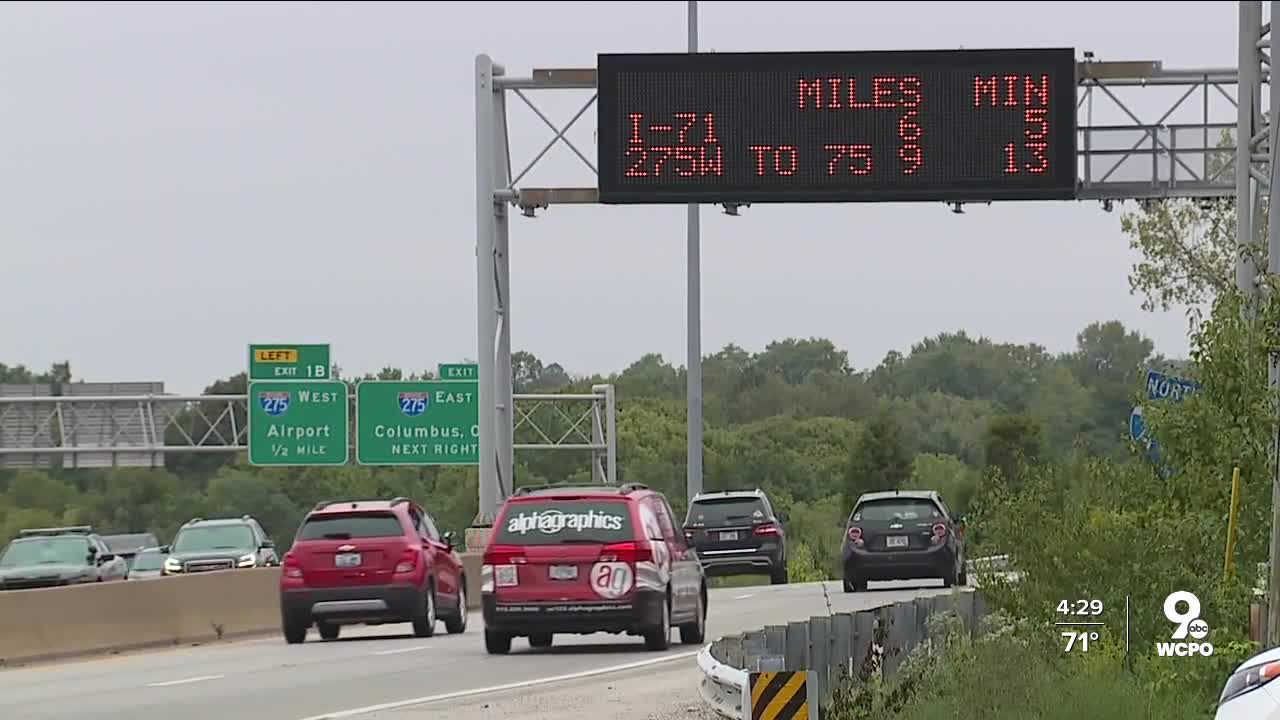 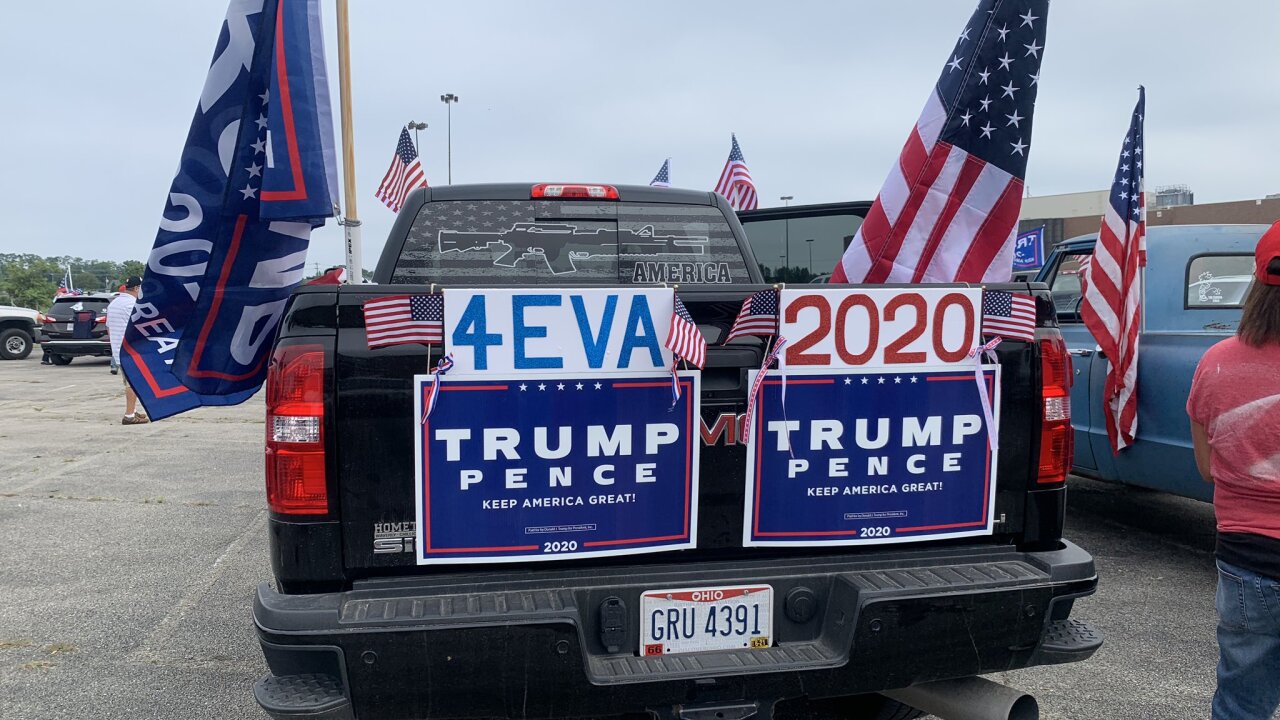 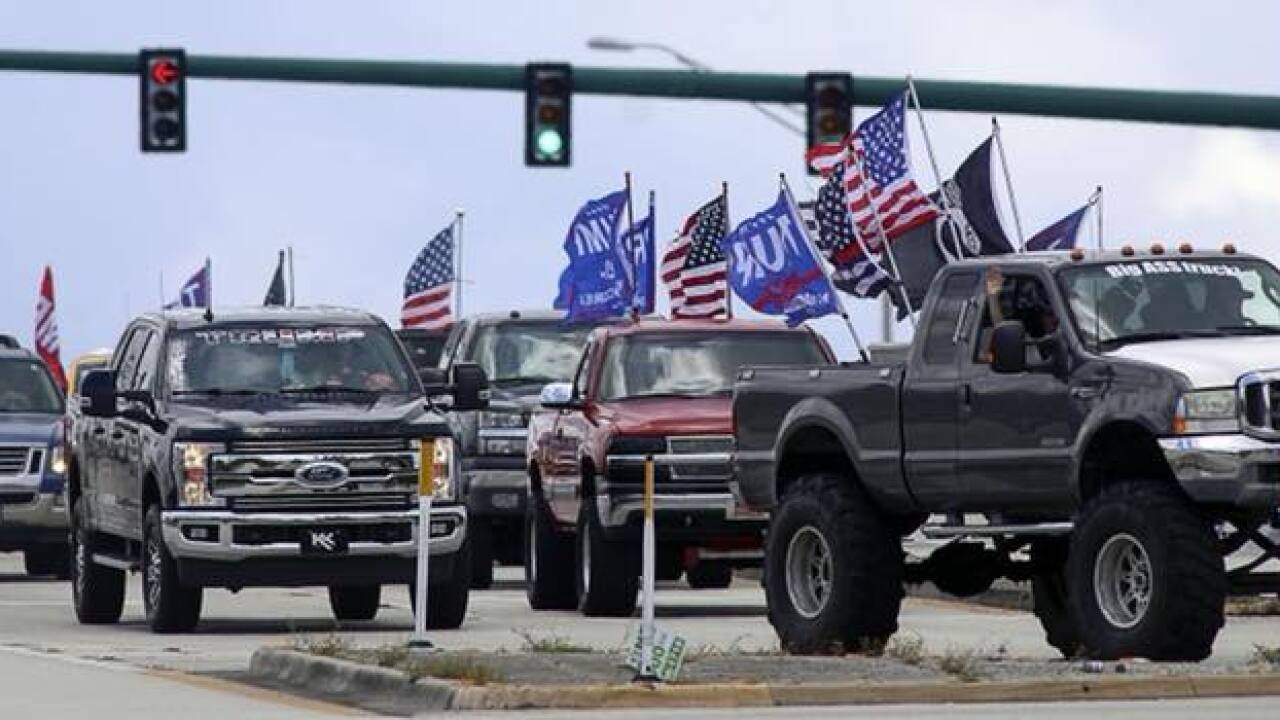 Multiple caravans across the Tri-State took to Interstate 275 Saturday morning, decorating and driving their vehicles in support of President Donald Trump's bid for reelection in November.

The total number of people participating in the parade was not immediately clear at 10 a.m. when the parade began, but WCPO field teams observed hundreds of people at various locations around the 84-mile loop. A crowd of 200-300 people gathered at Eastgate Mall, while another 100-150 gathered outside Hobby Lobby's location in Colerain. Outside the Showcase Cinema in Fairfield, people had gathered with as many as 50 vehicles.

"We've seen a lot of boat parades that have happened. We thought this would be a great way to do something different and come together as a community, as a people and really enjoy a couple of hours," said Laura Hayes, a Trump supporter who suggested the meet-up location in Fairfield.

As of Saturday morning, nearly 7,000 people RSVP'd to the "Trump Parade Cincinnati Ohio" event page on Facebook, with more than 12,000 others indicating they were interested. Organizers did not indicate any official affiliation with the Trump campaign.

Trump supporters are gathering for a “car” parade today. They’ll be riding in a loop around 275. Over 6,000 people expected, coming in from different states. @WCPO pic.twitter.com/PSx1RoFkws

By 10 a.m., caravans began making their way toward the interstate.

The Trump caravan rally has started. It will be on I-275 from 10am to Noon @WCPO pic.twitter.com/GGSoXuSVqc

Trump rally caravan getting ready to roll from Colerain around I-275 until Noon @WCPO pic.twitter.com/EqftJLZhQ4

By 11:20 a.m., Ohio Department of Transportation's real-time traffic map showed multiple areas with significant traffic congestion, but the majority of the interstate maintained normal traffic flow. Most of the congestion cleared by 1 p.m.

Here's a look at where traffic is backing up on I-275, a bit over halfway through the 2-hour pro-Trump parade going on right now.

The crash near Loveland occurred shortly before the caravans began moving and has WB traffic down to 1 lane. @WCPO pic.twitter.com/xu2jYRo2ph

Lt. Robert Hayslip with the Ohio State Highway Patrol Post 13 in Batavia told WCPO his agency was not affiliated with the event, but law enforcement would have a presence and would be monitoring the situation throughout the morning.

Organizers encouraged participants to continue driving the loop until noon.

"If everyone does what the event says to do, there shouldn't be any issues," Hayslip said.

The event organizers asked participants to "stay safe at ALL times," and to enter and exit the interstate wherever it was most convenient for them or their group. They asked that participants activate their flashers, observe a speed between 50 and 55 miles per hour, and remain in the right lane as much as is safely possible.

Hayes reiterated these safety plans moments before the parade began: "Everyone will try and go 50 to 55 miles per hour. Try to keep a good two to three cars-length distance. Try to ride in the middle lane or the right lane to allow for traffic, to be cordial and considerate of other people on the road who have to get where they have to go."

But some others on the road who weren't affiliated with the parade said it meant they had to be extra cautious. Wil Gaines was part of a Christian motorcycle group that traveled from Indianapolis for brunch. The group didn't know about the parade.

"I've never seen a bunch of Trump supporters in this city, but they are entitled to their own opinion," Gaines said. "It was OK until they started to cut us off."

Clyde Posley was also riding with the group, and he said the large caravans put the motorcyclists at extra risk.

"It's more dangerous because we have our wives to protect out here," he said. "The ones who were driving in that manner didn't seem to care anything about that. It's all about what they want and not anything about the common safety."

Traffic problems began to emerge before the parade even began. Minutes before the caravans began moving toward the highway, a wrong-way, multi-vehicle crash shut down a portion of I-275 westbound near Loveland Madeira Road. It was not immediately clear if the wrong-way crash occurred in relation to the parade. Sheriff's deputies reopened that portion of the interstate around 11:30.

WCPO camera crews witnessed additional crashes along I-275 near Lawrenceburg, Indiana, as well as at least one wreck on the interstate near Beechmont Avenue. Information about those crashes -- including whether or not they involved participants in the parade -- was not immediately available.

Hayslip mentioned his agency would also monitor for the possibility of counter-protesters but said he was not aware of any specific counter-protest activity planned.