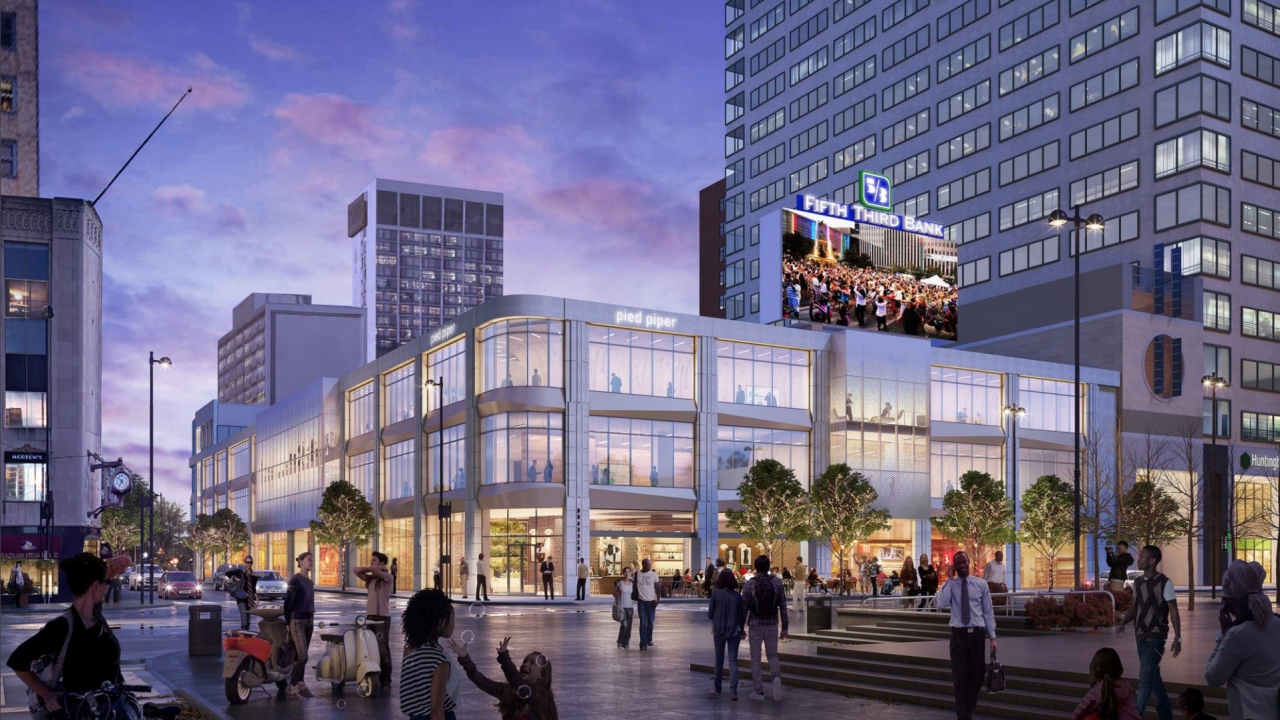 Copyright 2020 Scripps Media, Inc. All rights reserved. This material may not be published, broadcast, rewritten, or redistributed.
3CDC
A rendering of the changes coming to the former Macys store at Vine and 5th Streets next to Fountain Square. Provided. 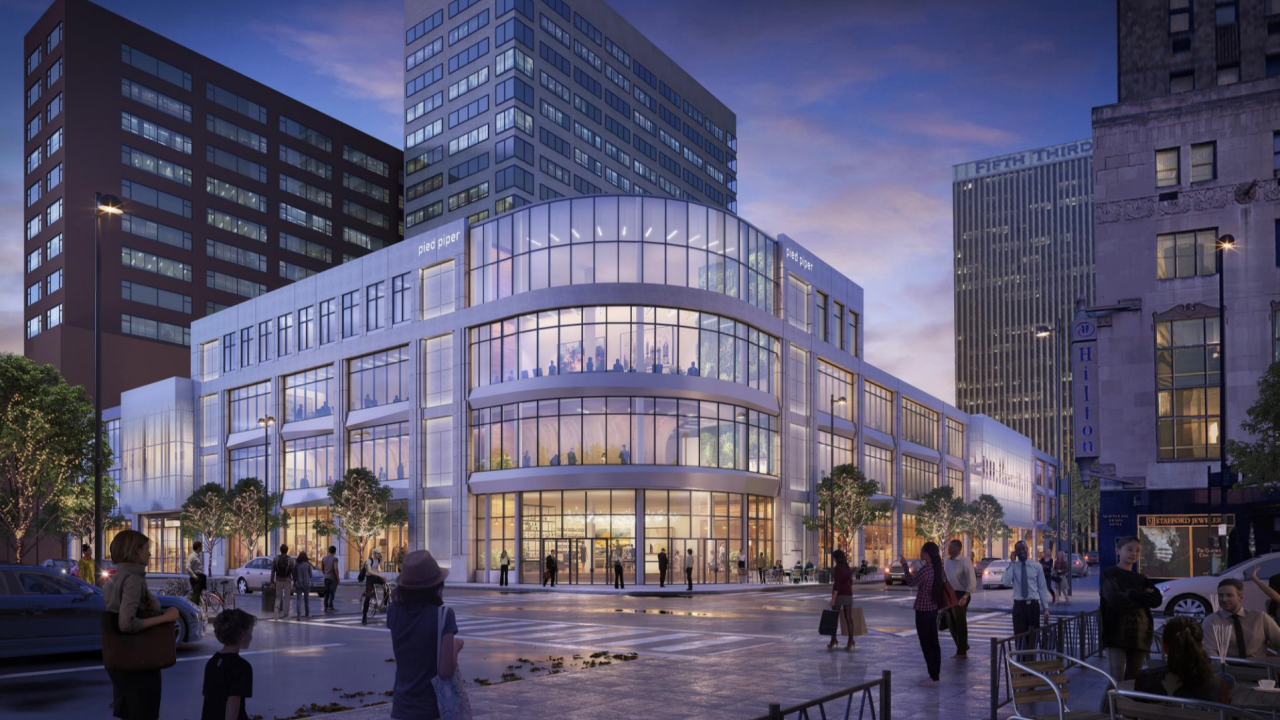 CINCINNATI — Exterior work on the former Macy's store in downtown Cincinnati will start in mid-to late October, transforming the building into office and commercial space, according to new plans released Monday.

The Foundry, as Cincinnati Center Development Corp. (3CDC) is now calling the three-and-a-half story building, doesn't have a tenant lined up for the building yet.

"We feel like it's an absolutely critical project, a critical corner of downtown," said Joe Rudemiller, vice president of marketing and communications for 3CDC. "We felt like we had to get things moving. We don’t want the building sitting vacant any longer."

3CDC bought the building from Cincinnati Development Group in 2019 for $7.5 million. It has always said its plan was to convert the building into Class A office space with first-floor retail.

The building has been empty since Macys' 2018 closure, which started an exodus of other businesses. Tiffany & Co., the Booksellers on Fountain Square, and restaurant/bar Palomino all exited by early 2020.

3CDC said Monday that interior demolition of the space is complete. The next step is to demolish the existing facade and replace it with a glass and metal facade.

The Skywalk above Fifth Street, which connected the building to Carew Tower is also slated to come down.

Rudemiller said the exterior and sidewalk expansion work would be begin in mid to late October and could be complete by July.

"A lot of projects take potential tenant to get off the ground," Rudemiller said. "Some [possible tenants] can’t envision what it will look like when done. We feel like, as we do this, we’ll have some folks who - who are either right now considering it or we catch the eye of somebody who wasn’t considering [a move] - can maybe more envision the potential the space would have."

The second and third floors offer upwards of 60,000 square feet of office space each. Additional improvements inside will include renovated restrooms, new electric and HVAC, and a new 5th Street lobby.

As Fifth Third Bank completes major renovations to neighboring Fountain Square, including a new lobby and a new stage moved to the east side of the Square, Rudemiller said the changes to the former Macy's space will add energy.

"We hope it will be one contiguous space and the energy going on [in Fountain Square] will feed off the restaurants or stores on the ground floor," he said.

"We looked at everything. We believe this is the best option for the property, for this development."

The more than $50 million project will in part be funded by a JobsOhio grant and loan.