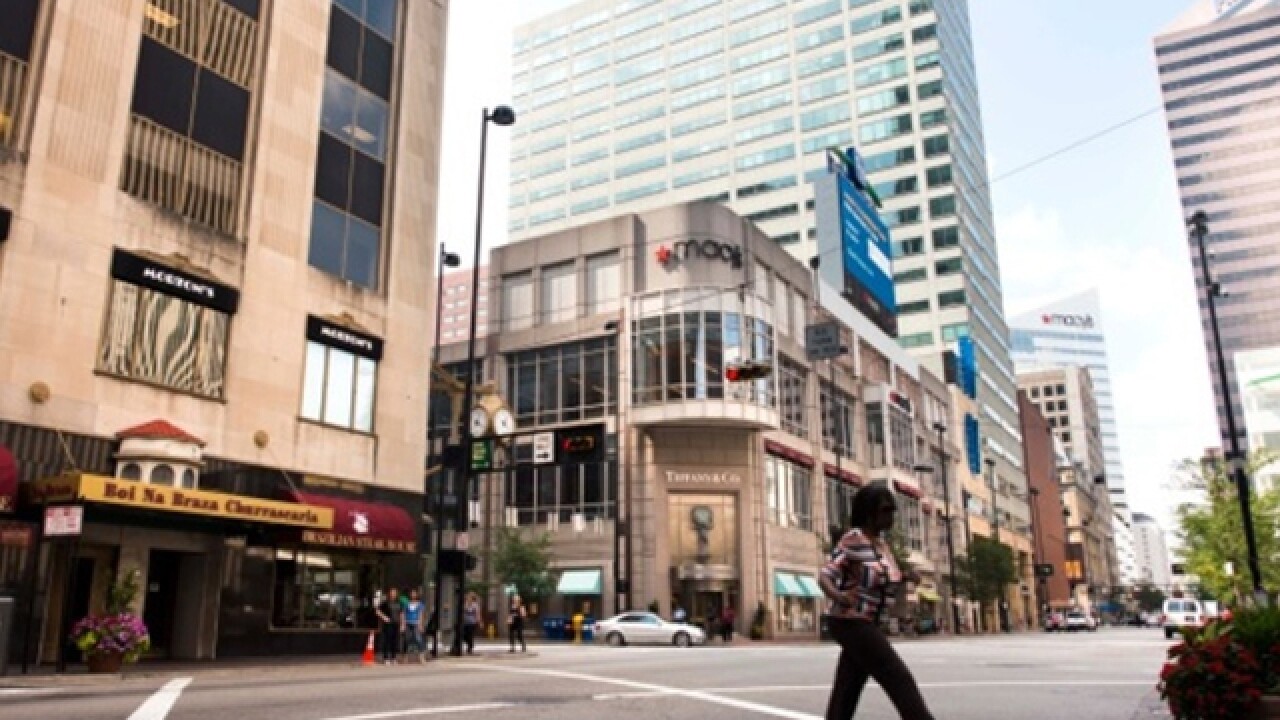 Fountain Place, the 210,000-square-foot building across from Fountain Square that was once home to Macy's, has sat nearly vacant since the department store closed in March. A month after Macy's announced its closing, Tiffany & Co. announced that it was relocating its store there to Kenwood Towne Center. Restaurant Palomino closed in October, leaving just a book store as the building's lone tenant.

Cincinnati Development Group, the building's owners, closed on a sale to developer 3CDC this month, according to the announcement from 3CDC. The sale also includes the building's 164-space underground parking garage.

"When the Cincinnati Development Group partnered with the City of Cincinnati 25 years ago to develop Fountain Place, the project provided much-needed stability in the heart of Downtown," Arn Bortz, a partner in the Cincinnati Development Group, said in 3CDC's news release. "We're proud of what we were able to do at Fountain Place, but times change, and developments go through cycles. We’re happy to be placing the structure in the excellent care of 3CDC, an organization that has a 15-year track record of revitalizing civic spaces and historic buildings to spur economic development in Cincinnati’s urban core."

According to the announcement, 3CDC has not yet finalized any plans for the building, but "envisions converting the building into a mixed-use development featuring both an office component and street-level commercial space."

In a written statement provided by 3CDC, Mayor John Cranley said the developer will "ensure that the next iteration of this key property lives up to its full potential."

"As our downtown continues to reinvent and revitalize itself, the development of the former Macy's building will anchor downtown's future," he said.