Fountain Square, Fifth Third Center renovations to be completed in 2021 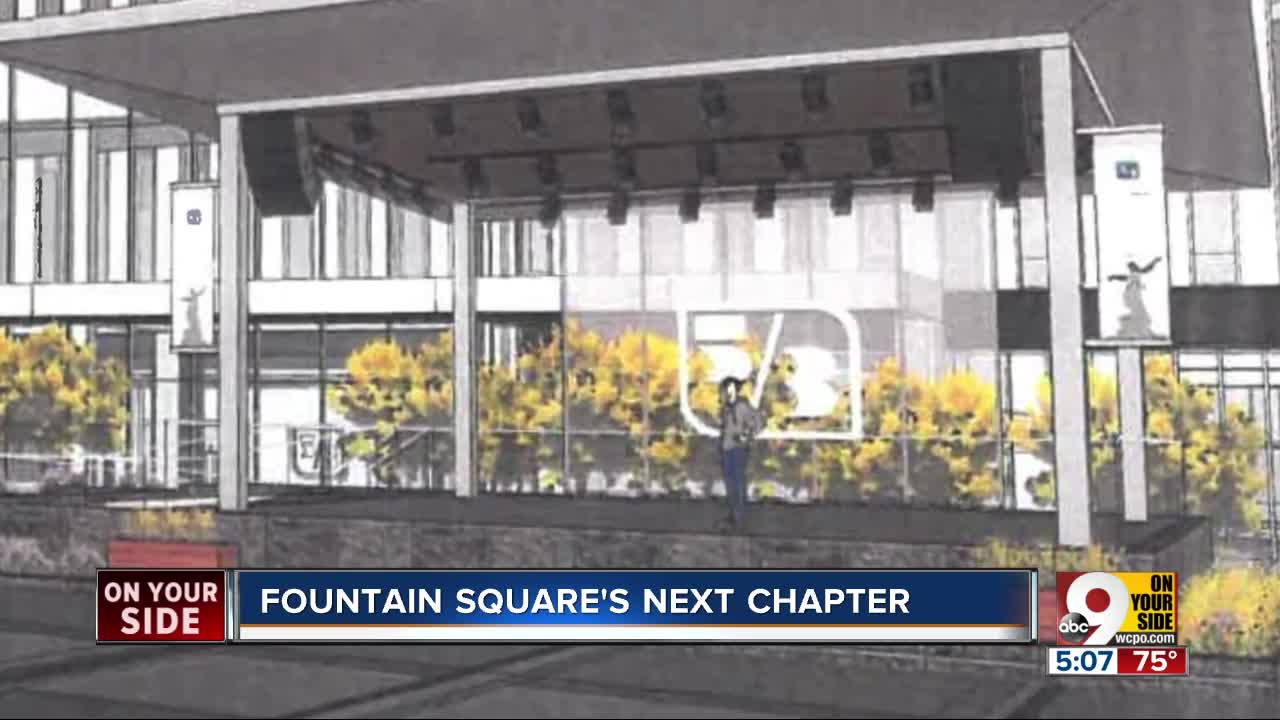 Fifth Third Center renovations to be completed in 2021 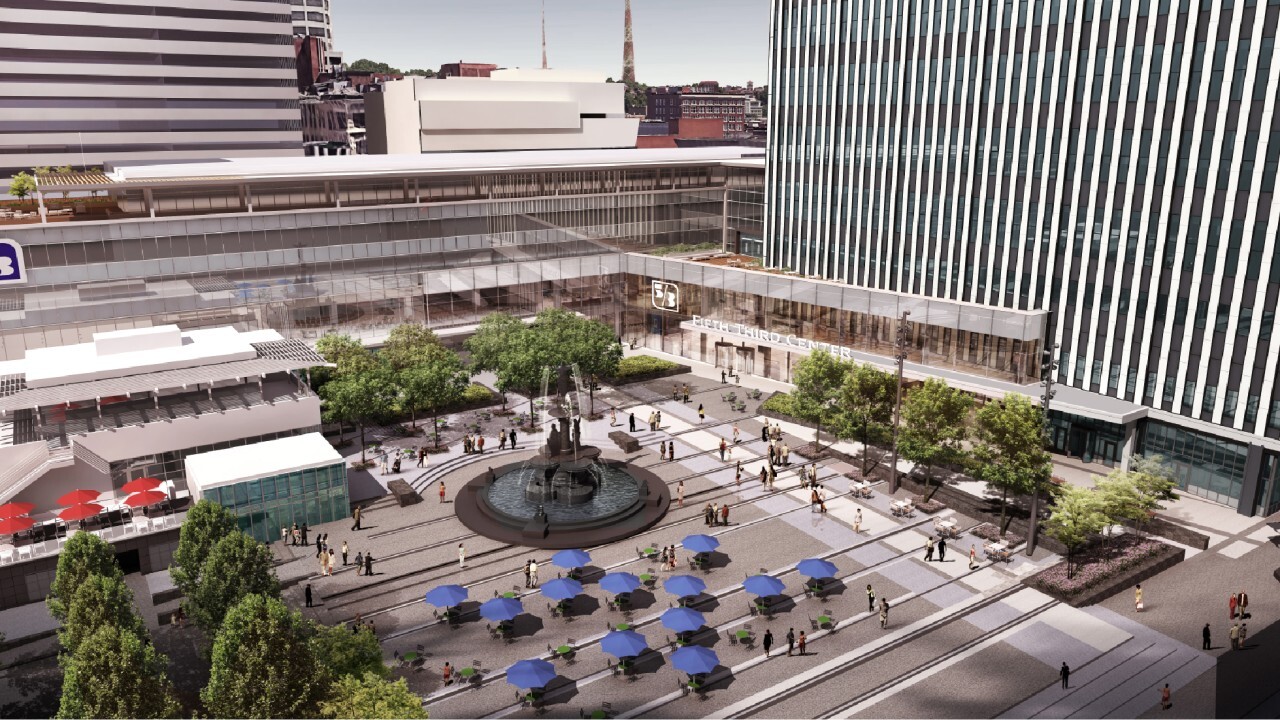 CINCINNATI — Changes are coming to Fountain Square and the Fifth Third Center, with full renovations finishing up sometime in 2021.

A new and expanded two-story lobby will take the place of the Fifth Third Center's current lobby, anchoring the northeast corner of the square, where the Walnut Street breezeway is today.

In addition, the temporary stage that's been in place on Fountain Square will be replaced by a permanent stage on the other side of the square.

"While the temporary stage provided by P&G at Fountain Square has served us well for the past 13 years, a permanent stage is something we have always felt would improve both the form and function of the Square," said Joe Rudemiller, vice president of marketing and communications for 3CDC. "We think it will help us elevate our programming, and provide some nicer accommodations for the performers as well."

Fifth Third Bank officials originally announced the revitalization project in March. The plan is to include a more prominent entrance from Fountain Square, an expanded lobby including renovated retail space, a two-story atrium and new financial center.

Although the plans have been in the works for years, Fifth Third officials said the new lobby is being designed with security in mind, following the September 2018 shooting.

Fifth Third Bank — formerly named Fifth Third Union Trust — also opened a museum showcasing its 160-year history in Cincinnati, back in March. The bank changed its name 50 years ago and moved into its current headquarters one year later.

The museum features artifacts like Jeanie — the first shared network of ATMs created by Fifth Third in 1977.

The renovations to the center also include some internal improvements, like larger, more updated conference rooms and other new amenities on the second floor of the lobby.