What can the COVID-19 pandemic teach the Tri-State about using its street space? 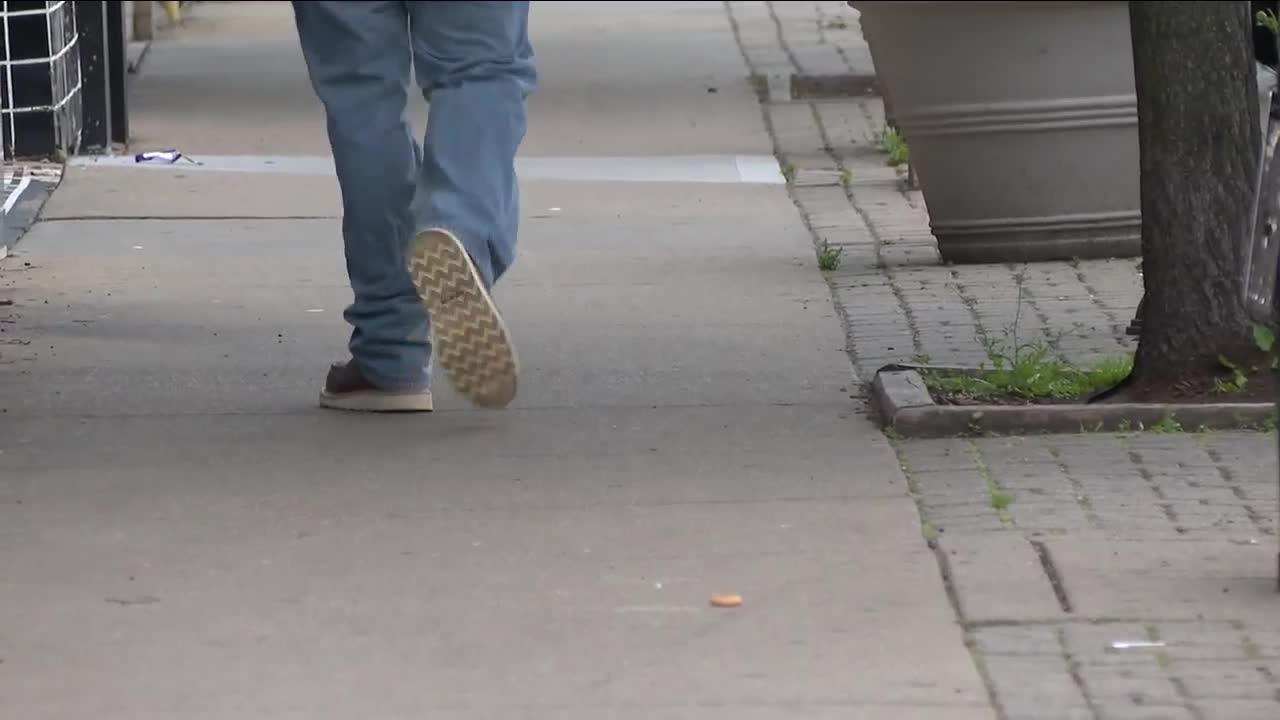 For Northside resident Mark Samaan, the historic Cincinnati neighborhood's already narrow sidewalks have felt even narrower during the coronavirus pandemic.

"Northside, like a lot of other Cincinnati neighborhoods, is really old and was built with narrower streets, narrow sidewalks, denser living," said Samaan, a resident and planner who has consulted with the neighborhood's community council on pedestrian safety. "It's what a lot of people like about the neighborhood and why they live here."

The character and charm that has come to define his neighborhood, however, now could pose a risk in the midst of a public health crisis.

"At a time like this when you need to spread out a little bit, it's a weakness because of how narrow the sidewalks are," he said.

As the novel coronavirus and the disease it causes, COVID-19, have spread across the globe over the last four months, cities have begun to rethink how they use their public rights-of-way as social distancing recommendations become a part of everyday life.

It's a movement that's beginning to take hold here in Greater Cincinnati.

For downtown Cincinnati and Over-the-Rhine restaurants preparing to reopen outdoor seating later this week, Mayor John Cranley's announcement that certain neighborhood streets would close or partially close -- to allow establishments to expand their patio spaces into the streets -- came as a welcome and creative solution.

Initial plans call for about adjusting 25 locations between The Banks and Findlay Market. The City plans to work with restaurants and bars in other neighborhoods to help them adjust to changing rules related to responsibly reopening businesses in Ohio. pic.twitter.com/lqfLIwGWFq

The city of Loveland went so far as to designate part of its business district as a "DORA" -- a designated outdoor refreshment area -- when restaurant and bar patrons can purchase alcoholic beverages and roam the neighborhood. It's a designation that previously applied only to special occasions but is now in play to accommodate local businesses impacted by the COVID-19 shutdown.

"I like the concept a lot," said B&A Street Kitchen employee Henry Barker. "I think more people would be more open to going out and being outside, which is very important at this time."

But some would like to see the concept expand beyond just food and dining.

"It's a huge challenge, especially in our cities, where you have people closer together, to have that opportunity to space," said OTR resident and pedestrian safety advocate, Derek Bauman. Bauman -- who also ran for City Council in 2017 -- was influential in steering city officials toward adopting a "Vision Zero" approach to traffic policy. "Vision Zero" refers to a conglomeration of road design, policy and enforcement principles with the goal of reducing traffic fatalities to zero.

"We need to look at these public spaces that we have on our streets: How can we reimagine them? How can we expand opportunities for more use than just by cars racing through?" he said. "I think this crisis has really created an opportunity to fast-track that."

Pandemic or not, Samaan has a history of pushing the city of Cincinnati toward projects that could slow down traffic through his neighborhood. In 2018, he helped the Northside Community Council measure the impact of 24-hour street parking along Hamilton Avenue through the neighborhood's business district. Replacing a travel lane with a parking lane in each direction resulted in a 70% reduction in rush-hour crashes through the busy corridor.

In light of new social distancing recommendations, Samaan said he'd like to see some neighborhoods repurpose some street lanes into space for people walking.

"When I've been walking around Northside during the day or on weekends... people are staying distanced for the most part, but when you need to pass someone, people are just passing each other, violating the six-foot rule," he said. "Or, folks are stepping into the street, which is good -- you stay away from the other person -- but technically that’s illegal, and you can’t really do that."

Margy Waller heads up the OTR Community Council's parking and transportation committee. She said the neighborhood is generally supportive of street closures like what Cranley announced last week, but also said the community must be involved in those decisions -- particularly when it involves businesses and their impact on surrounding residents.

"I don't think residents are at all opposed to street closure as a general thing," Waller said. "What's concerning is the process and the fact that there was no public input... There are a lot of questions: How long will this go on? Will it be a 24-7 thing? Will there be police enforcement? Clean-up? Who pays for that? The questions go on and on."

Specifically regarding restaurants and bars expanding their patios, she also worries that could actually restrict further neighbors' access to parking and pedestrian rights-of-way adjacent to their homes.

"How do residents who live on those streets use the public spaces of the sidewalks if there's dining going on? Those are spaces kids play, adults socialize. Will that be allowed to continue? Will there be enough room to physically distance as they walk through the area?" she asked.

Across the Ohio River in Northern Kentucky, Tri-State Trails hopes to leverage this moment to steer conversation toward repurposing a lane on the Veterans Memorial/Fourth Street Bridge connecting Newport and Covington. The Kentucky Transportation Cabinet in April temporarily closed the 84-year-old span over the Licking River after an inspection found evidence of corrosion on a load-bearing structure.

The bridge later reopened with one lane of traffic closed and a reduced weight limit.

"The Fourth Street Bridge is functionally obsolete, which means it was designed for something different than what it's currently doing today," said Wade Johnston, director of Tri-State Trails. "The sidewalks on it, specifically, are not (Americans with Disabilities Act) compliant. They're about 4 feet wide, and if you are an individual in a wheelchair coming up the bridge and you see another individual in a wheelchair on the bridge, one of you is going to have to back out to allow the other person to pass."

Johnston and members of the local cycling community submitted a letter to KYTC District 6 requesting the unused traffic lane be converted -- at least temporarily -- into a walking and biking lane.

"In this moment right now, we have a bridge that's functionally obsolete, we have a global pandemic, and we're being told to keep [6] feet apart and a sidewalk on the bridge that currently doesn't allow for that," Johnston said. "Make this lane closure permanent and create a barrier so that the westbound lane could be used for bike and pedestrian traffic only."

KYTC District 6 spokeswoman Nancy Wood told WCPO in an email Monday that the cabinet is planning emergency repair measures to bring the bridge back to its original 17-ton weight limit and three-lane road capacity, but also said her district is working with Covington and Newport to determine if using a lane on the bridge could be possible to promote safer cycling conditions.

"This is not a quick fix," Wood wrote. "There are several factors such (as) weight distribution on the bridge and continuity with the cities," Wood said.

"The problem is never doing it. The problem is that (these projects) can have some unintended consequence on something else," Samaan said. "In many cases, that's cost or it will impact traffic congestion too much. When we're talking about these sort of temporary, emergency measures, I think what the city needs to learn is that it can be easy to change the street."

While commuting to work is down during the pandemic, he said, other matters, like the potential for traffic congestion, "may not be an issue to worry about at this time."