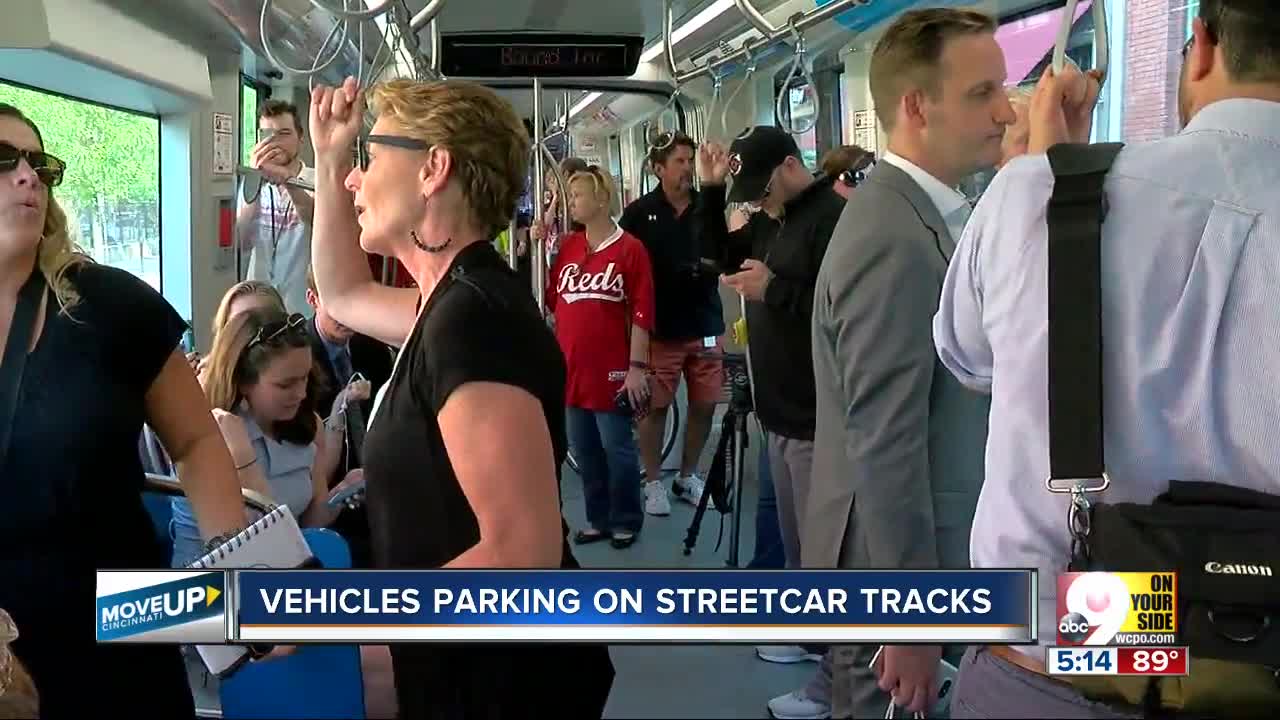 CINCINNATI — Since Cincinnati's streetcar began running three years ago, one of the most persistent logistical problems it's faced has been something anyone can relate to -- even if they've never been on the Cincinnati Bell Connector.

WCPO has been tracking instances of streetcar track blockages since the system began operations in September 2016, after delayed streetcar arrivals quickly became a nearly hourly occurrence. The issue became so severe so quickly that streetcars had only been carrying passengers for less than a month before City Council directed the administration to study the city's traffic signal network throughout Downtown.

At the time, some commuters were reporting more than hour-long commutes out of Downtown during the afternoon rush.

Here's a look back over the last 18 months, of occasions when the streetcar was delayed for five minutes or more:

For the early months of 2019, track blockages were trending down, but when factoring in traffic, those same months showed an increase in streetcar delays. Over the last six months alone, there have been more than 550 instances in which the city identified a traffic delay as keeping the streetcar behind schedule -- making up more than a third of all reported incidents.

The city began tracking traffic delays starting in the summer of 2018, according to the city's chief performance officer, Nicollette Staton, to get a fuller picture of what is keeping the streetcar from staying on time.

"In an effort to better capture and analyze the rider experience, the tracking was expanded to account for any type of delay, regardless of duration and cause," she told WCPO in an email. "Strategies for addressing the streetcar in traffic differ from strategies to reduce blockages to the tracks."

One of those strategies, transportation officials proposed earlier this year, could be to install hardware at key intersections along the route through Downtown, Over-the-Rhine and The Banks that would allow operators the ability to hold green lights a few seconds longer in order to avoid being stopped in traffic. The streetcar vehicles came equipped with the corresponding hardware to work with the intersection sensors.

Then-Department of Transportation and Engineering transit planner John Brazina -- who now serves as the department's interim director -- told City Council in March that installing the hardware at four intersections would cost roughly $80,000. Funding for this hardware has yet to win City Council's approval.

Another preventative strategy -- at least when it comes to detering vehicles from parking or stopping on the tracks -- was to increase the fine for an infraction from $50 to $100. City Council approved the fine increase in June as part of its efforts to help plug a more than $1 million gap in the streetcar's operating budget for this fiscal year. That fine remains low, however, when compared to other cities' streetcar systems. In Kansas City, for instance, blocking the streetcar tracks with a vehicle could carry as high as a $500 fine.

Ultimately, though, Jeric said this is a problem that might be inherent to the streetcar's design, in that it has to share lanes and rights-of-way with other city traffic: "We're seeing improvements, slight improvements. I mean, we're never going to get rid of traffic, right?" he said. "It's a mixed-use system."