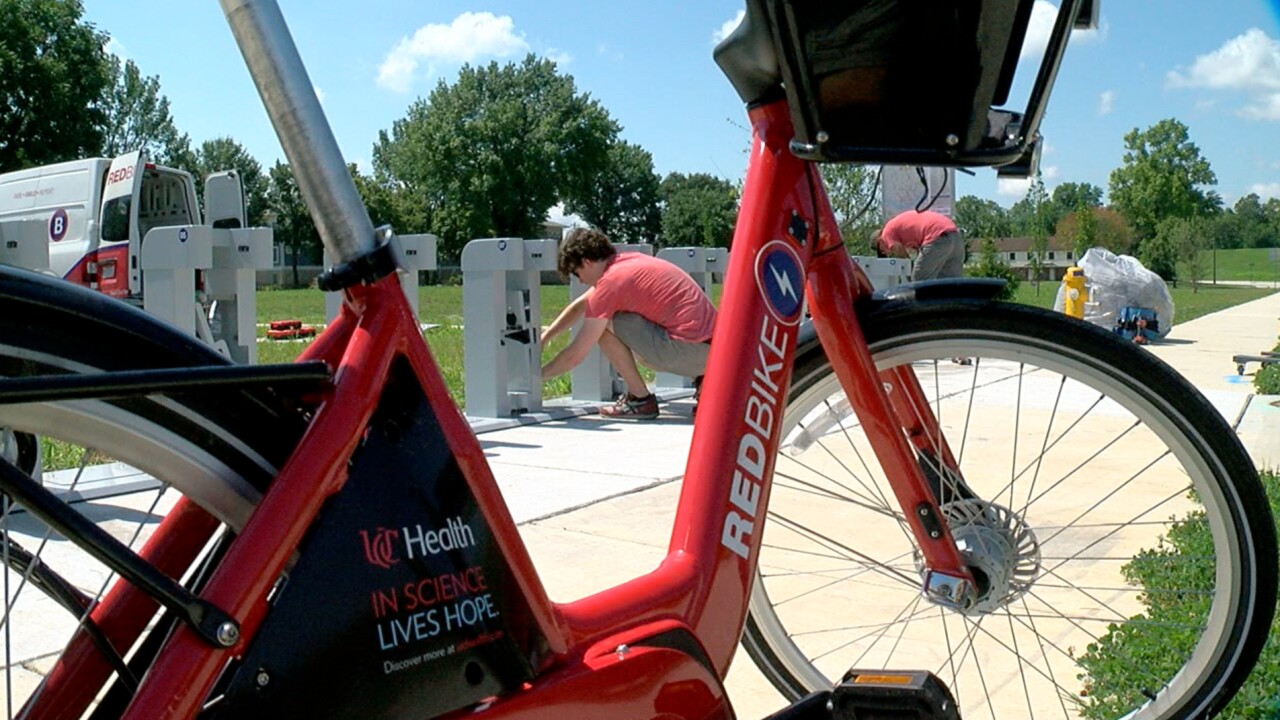 NEWPORT, Ky. — When it launched nearly five years ago, the region's bike share program, Red Bike, hosted 30 stations throughout the urban core. By Friday, the local nonprofit will have doubled that footprint as they bring online their 58th, 59th and 60th stations.

"If you look at our map, what you’ll see is that our original four (Newport) stations were kind of in the center," said Red Bike executive director Jason Barron. "These three stations will really kind of make almost a U-shape around that, to really give us good coverage to get to all parts of Newport."

Barron and his team will hold a ribbon-cutting ceremony at Bernadette Watkins Park on the west side of Newport along the newly redesigned Ky. Route 9 corridor. Crews completed the final stretch of the new Ky. 9 last fall, which now connects the Taylor Southgate Bridge and Newport on the Levee to the AA Highway and Interstate 275 in Wilder.

The Watkins location exemplifies what bike share does best, Barron said, by connecting various types of attractions and services in a part of Newport that is seeing a resurgence in investment and development. In addition to the park itself, which sits only yards from the new bike share station, Bernadette Watkins Park is also home to the Northern Kentucky Scholar House, which provides housing assistance and educational services to women-led, single-parent families. New Riff Distillery also recently opened a facility due south on Ky. 9, and the city of Newport recently announced plans for a new music venue at a site adjacent to the flood wall at the road's northern terminus.

"It’s nice to bring all those aspects together, and it’s always nice for us to be a part of what brings everything together and provides connectivity, which is the name of the game with Red Bike," Barron said.

"We're always pretty excited to kind of be in any new area — any area that’s seen a renaissance to help add to that and really help lift all boats as they say," he said.

Red Bike will cut the ribbon on its new stations at a ceremony at Bernadette Watkins Park on Friday, Aug. 9 at 3:30 p.m.