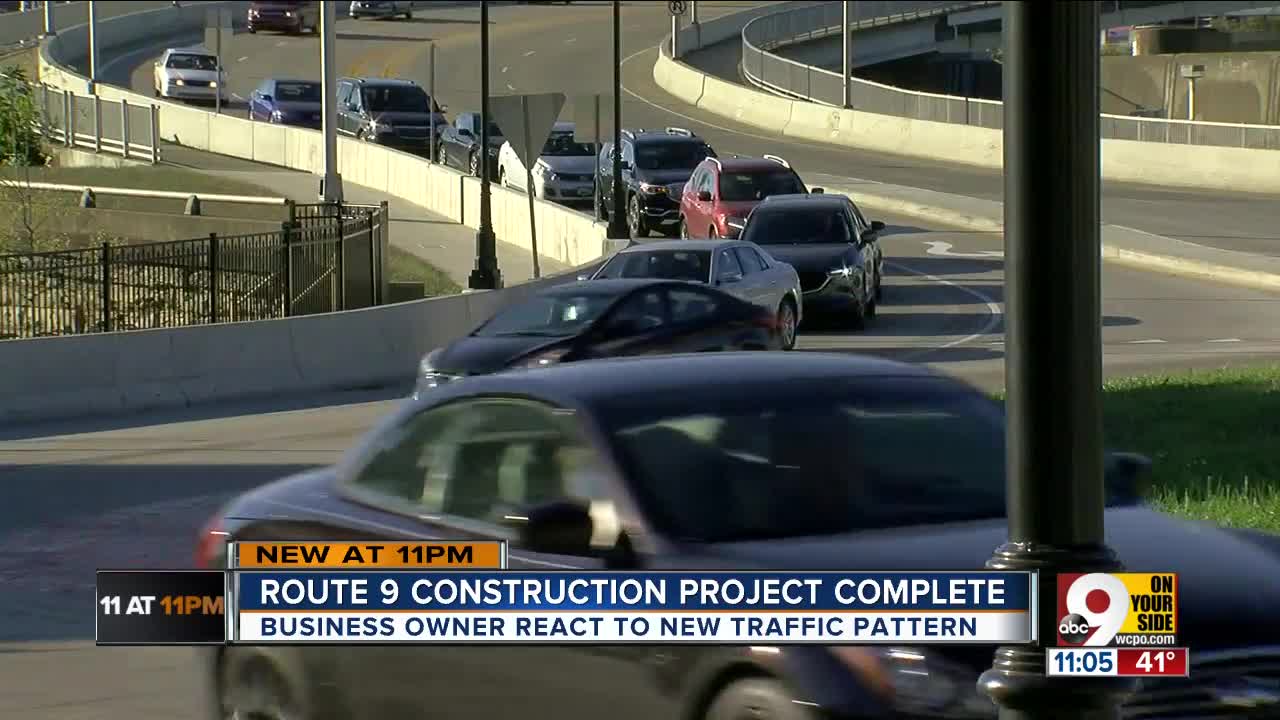 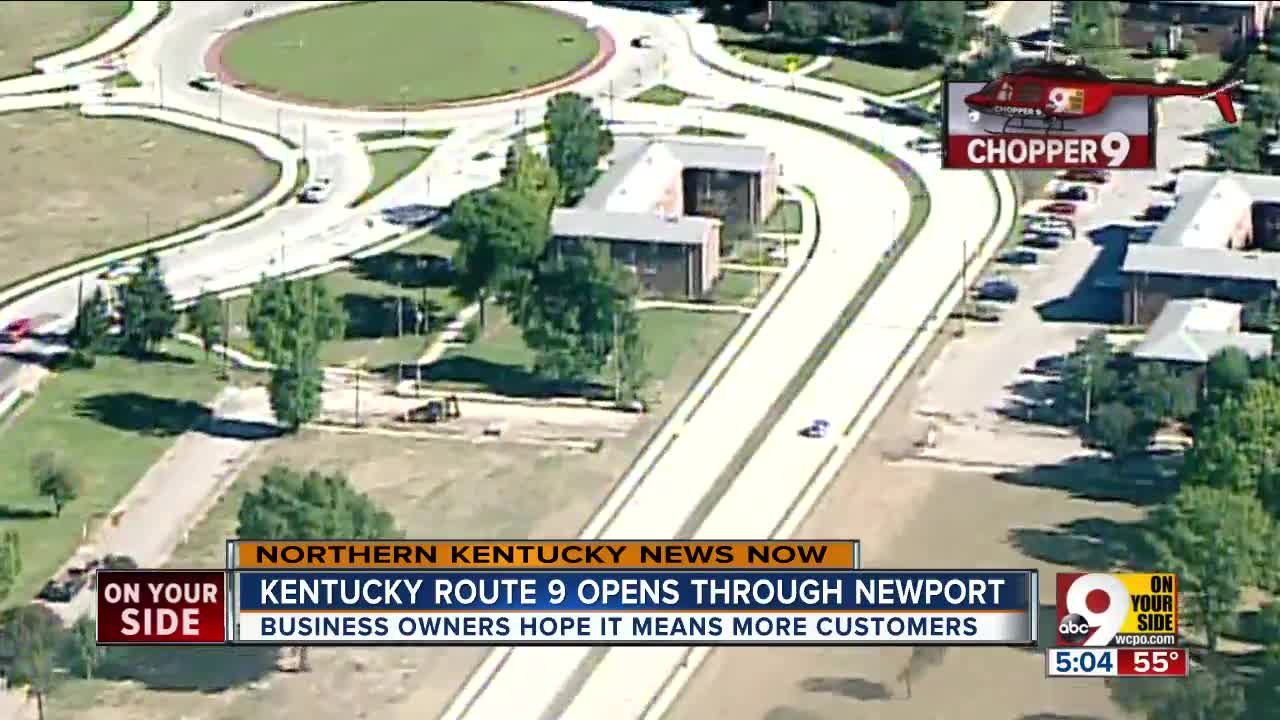 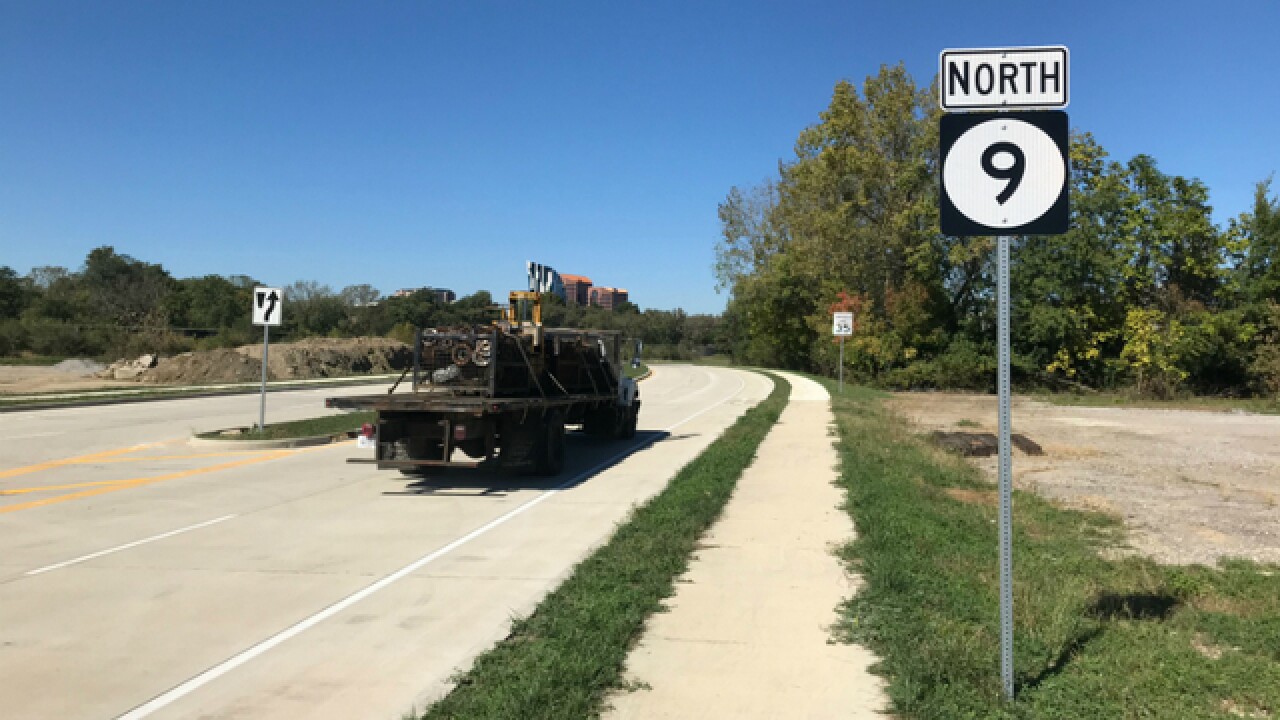 The full connector runs from Twelfth Street to the new roundabout at the Newport foot of the Veterans Memorial Bridge connecting to Fourth Street in Covington and then another roundabout that connects to the Taylor Southgate Bridge and downtown Cincinnati. Those roundabouts opened late last year.

The corridor's primary purpose was to provide a more direct route for cars and trucks that once used west side residential streets, said Tom Fromme, Newport city manager, in an interview last year.

"It's not good for the roads or pedestrians," he said of the previous traffic patterns.

The new Ky. 9 corridor is also expected to spur development in the city's long-overlooked west side. Local distillery New Riff recently opened a new campus along the route near 11th Street.

Debbie Browning, a bartender at Browning's on York who is married to owner/Reds hall of famer Tom Browning, said they're also hoping for an increase in traffic thanks to the new connector.

"It's nice to see traffic flowing quickly and fast and smoothly through here," she said.

Christian Strong, the owner of Strong's Brick Oven Pizza, also called the completion of the construction a welcome change.

"When I drove in today, I came down AA and then went the backstretch down there that brings you right up around 11th Street, which is super nice," he said.

Strong said his customers are adjusting to the new route, too.

"Just people that haven't been downtown in a while, that's the only people you're hear from," he said. "They'll come down and say, 'Oh, I got stuck over there and I ended a couple blocks down the street,' but that's it."