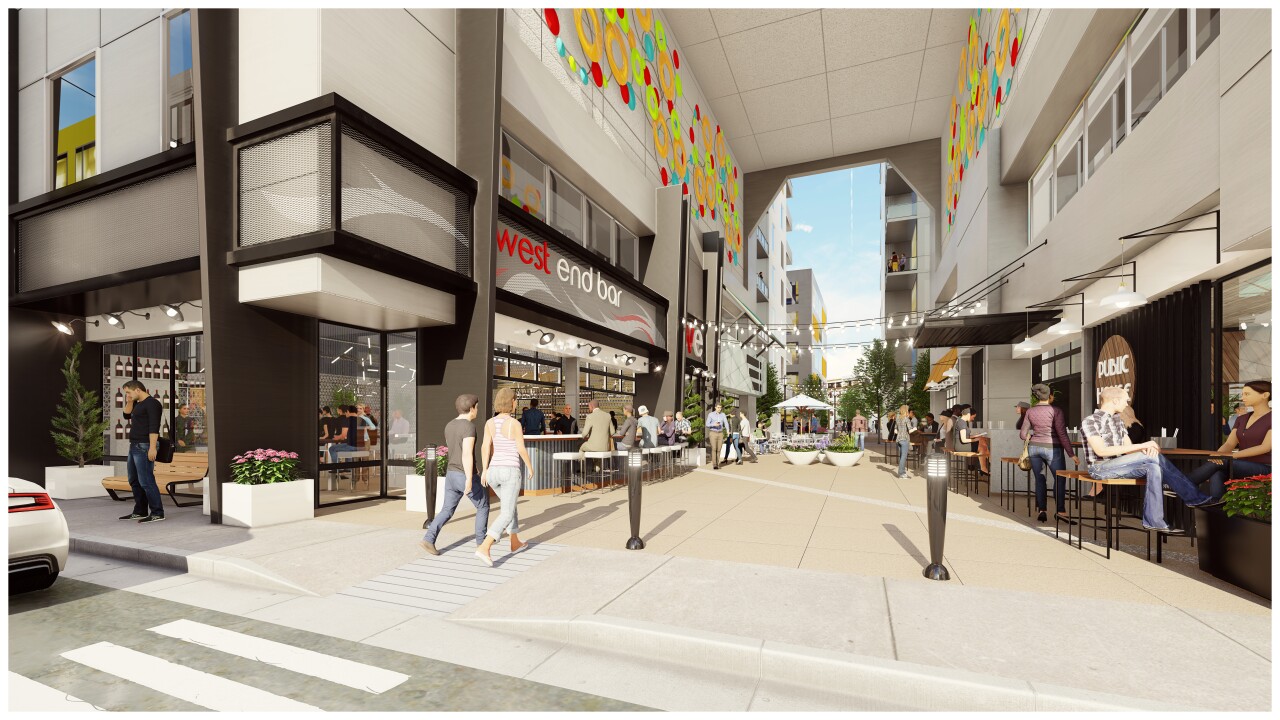 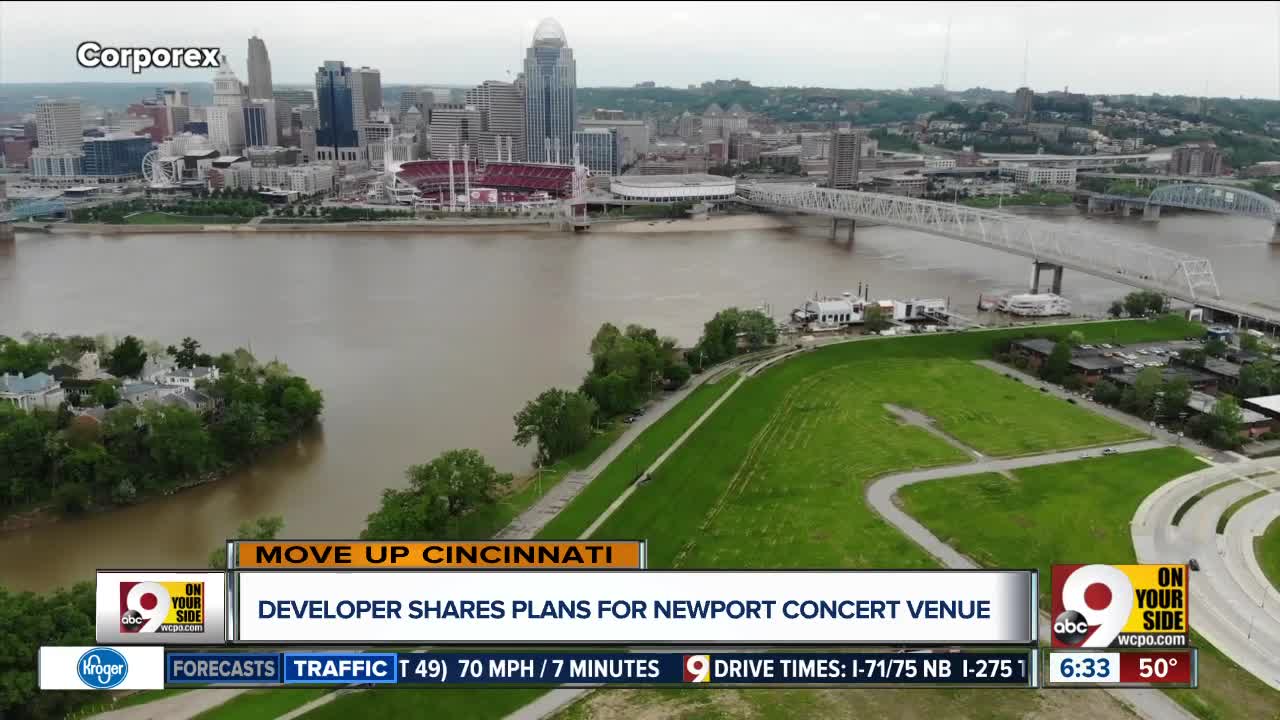 Imagine Newport with bustling shops, busy restaurants, a riverfront park and top band performances on spring or summer nights. That is what the developers of the Ovation project envision along the 25-acre site along the Ohio and Licking Rivers.

"Ovation, from the time we first envisioned it, was always intended to be a multi-use development that, as people say today, was work, live and play," said Tom Banta, managing director of Covington-based Corporex Companies, LLC.

"What the music venue helped us do was to make a truly vibrant 24-hour kind of environment," Banta said. He described the combination of restaurants, office space, night spots and concerts as "eatertainment all located within the development."

Up to 900 residences are also planned for the development; some will be rentals and some will be condominiums for sale.

"Along the river, we're gonna see these very unique flats, as we're calling them, which are one-story condominiums," Banta said. "So, literally, the riverbank is your front yard."

Meanwhile, with a concert venue that is expected to draw up to 400,000 people a year to the development, hotels are part of the plan as well.

"There's probably going to be three hotels on the site," he said. "We're looking at a boutique kind of concept right now for the first one."

Corporex is in the process of obtaining final building permits for the project. Banta said several permits have already received unanimous approval. The first project will involve the removal of existing parking lots and building deep foundations to make way for a two-story parking garage. The concert venue and other future buildings will be built on top of the garage.

When completely built in 8 to 10 years, the total investment for the project is expected to near $1 billion. However, concerts in the new music venue are expected by the end of 2020.

"I think it certainly has the opportunity to be the kind of development that draws national attention," Banta said. "It's exciting times in Northern Kentucky."