Issue 7 sales tax would fund road and bridge improvements, but exactly which ones remains to be seen 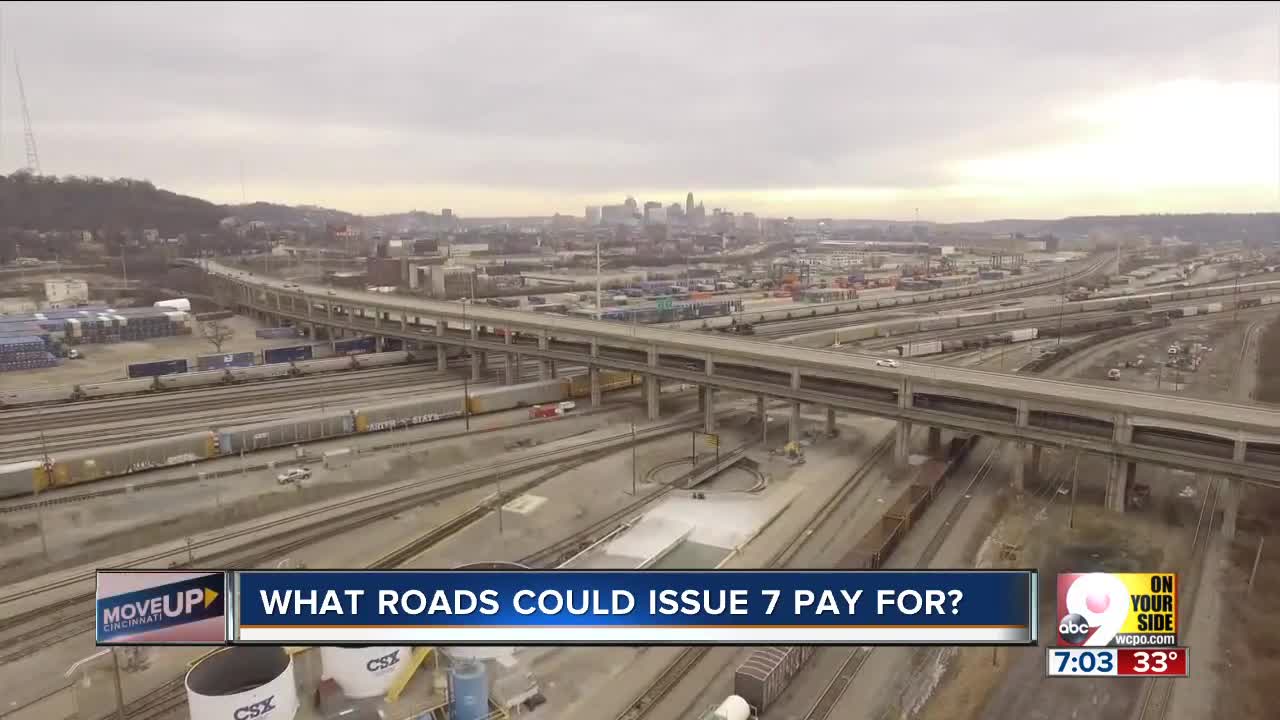 When considering the county's existing road and bridge infrastructure needs, there are two that come to mind immediately: the hillside slippage along Columbia Parkway and other river basin communities, and the aging Western Hills Viaduct. But the real need expands far beyond these two projects. 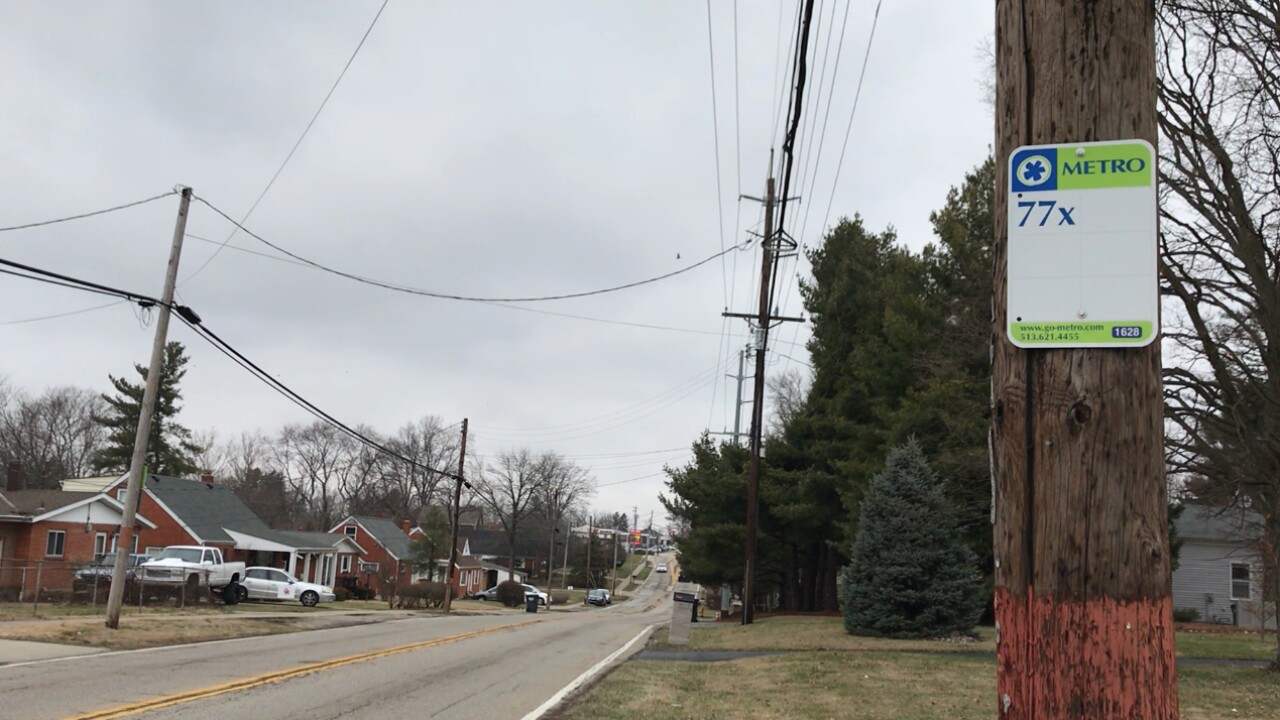 HAMILTON COUNTY, Ohio — When considering the county's existing road and bridge infrastructure needs, there are two that come to mind immediately: the hillside slippage along Columbia Parkway and other river basin communities, and the aging Western Hills Viaduct.

But the real need expands far beyond these two projects.

The crumbling viaduct stands at the top of the county's needed infrastructure improvements as far as cost, estimated at roughly $335 million -- and counting with inflation each passing year -- while city of Cincinnati officials estimated last year that repairs along Columbia Parkway's slipping hillside could reach $10 million or more.

But across the county, necessary capital improvements to roads and bridges total roughly $2 billion, according to a study commissioned last fall by the Cincinnati USA Regional Chamber of Commerce.

"There is a massive need in Hamilton County," said Pete Metz, who manages transportation initiatives for the chamber. "No matter where you drive in this community, there are potholes and there are roads and there are bridges that need to be improved."

Primarly through Metz and his team, the Chamber is one member of a coalition advocating Issue 7, a proposed sales tax increase that will appear on Hamilton County ballots during Ohio's March 17 primary election. The proposal -- put on March's ballot by the Southwest Ohio Regional Transit Authority -- will ask voters to raise the sales tax by 0.8 percent in order to increase funding for Cincinnati Metro bus service as well as for road and bridge improvements as Metz described.

Metz said this combination means the sales tax levy would be unique across the state of Ohio.

"This will be the only fund of its kind in the state where we'll have a transit authority with dedicated resources to partner with communities to fix roads and bridges across Hamilton County," he said.

The sales tax increase would not go toward any and all infrastructure improvements, however: only roads and bridges that provide for Metro bus service would be eligible. In other words, in order to qualify, a road or bridge improvement project would need to sit within three-quarters of a mile of a fixed Metro bus route, according to SORTA Board of Trustees Chairman, Kreg Keesee.

"Ultimately, about two-thirds of the roads, I believe, inside the county get covered within the network of the bus system," Keesee told WCPO earlier this month after meeting with the Hamilton County Integrating Committee. That's the appointed body that would give all transportation tax-funded infrastructure requests the final stamp of approval.

Here is a map of Metro's current system throughout Hamilton County:

Currently, the county's western reaches don't see much in the way of Metro service, along with some communities along the county's eastern border, but Metro's system map would expand if Issue 7 passes.

Metz stopped short of providing a roster of road and bridge projects that could benefit from the sales tax increase but, according to the Chamber's study last year, an estimated $1.1 billion -- or roughly half -- of the county's current road and bridge needs would be eligible for funding. The Chamber commissioned that study from consulting firm Stantec, who Metz said surveyed the county's muncipalities, the county administration and other transportation partners like the Ohio-Kentucky-Indiana Regional Chamber of Governments to determine what roads and bridges would map over the expanded Metro system the tax would also fund.

Metz also described the types of improvement projects voters might expect: "Anything from, you know, rebuilding a bridge or resurfacing a road to improving an intersection or improving sidewalks to make sure that folks can get around is going to be critical," he said.

Metz pointed to Anderson Ferry Road in Covedale as an example of the type of road that could receive funding for improvements: Currently, the road does not provide a sidewalk along its east curb, where Metro riders catching the 77X northbound have to wait in the grass, with no barrier between them and cars and trucks driving past.

Other examples Metz cited to WCPO were:

"All of our major thoroughfares, whether that be Columbia Parkway or Western Hills Viaduct or Kemper Road or Springfield Pike, all of those streets carry bus service," he said.

Metz stressed that these were just examples of the types of projects that would be eligible, as projects will have to be reviewed by SORTA and the Integrating Committee before funding could become available from the sales tax.

Earlier this month, city and county officials identified the Western Hills Viaduct improvements as their top priority as far as infrastructure improvements to pursue with the would-be sales tax revenue.

Where exactly Metro might expand if the sales tax increase passes also remains to be seen. SORTA officials have yet to release an updated version of the "Reinventing Metro" plan, as officials are calling it, at the 0.8 percent rate. Previous versions described potential improvements with a 0.7 and 0.9 percent increase, including extended bus service hours, increased pick-up frequency and several new routes, but exactly where those expansions would land has not been finalized.

The Ohio primary election is on March 17. Early voting begins on February 19.