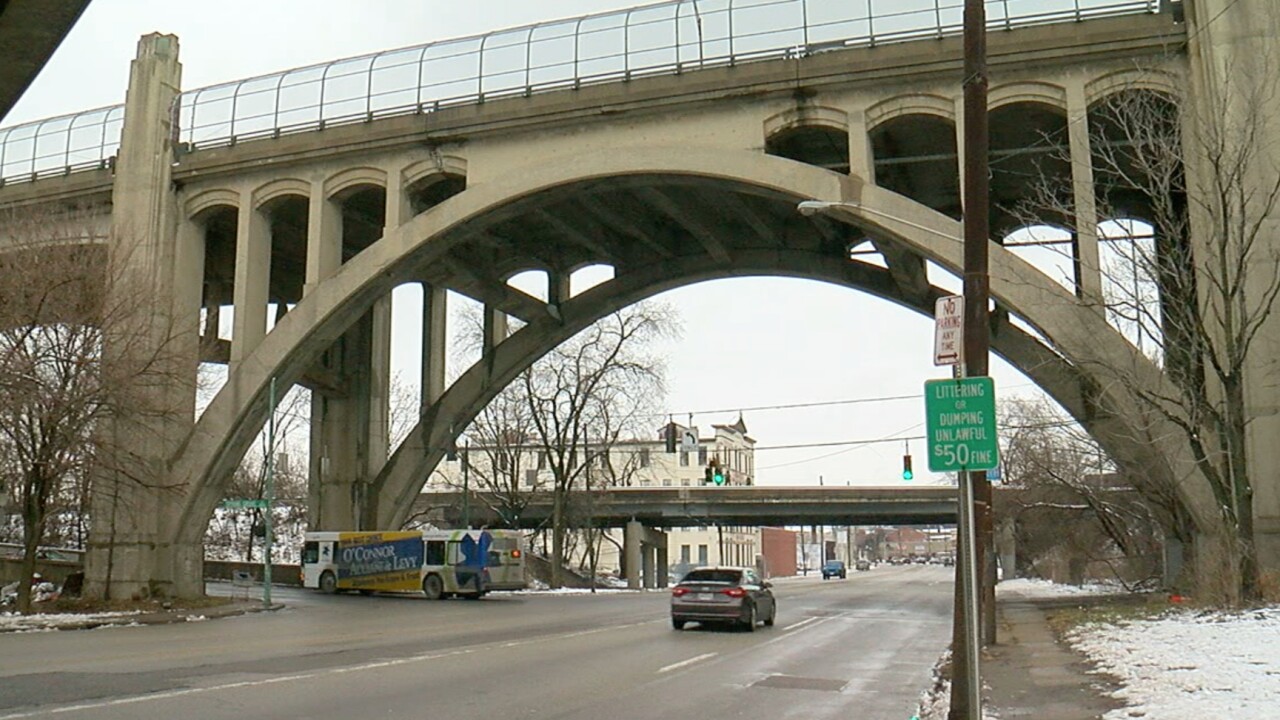 CINCINNATI — As the time draws nearer to vote on a proposed Hamilton County sales tax increase for transportation and infrastructure improvements, Cincinnati City Council has committed to putting the Western Hills Viaduct first in line for funding.

"My objective is to absolutely prioritize the Western Hills Viaduct so that, when those resources come to the table, we’re all in lock-step that we want those resources prioritized or earmarked for the project," said Vice Mayor Christopher Smitherman, who introduced the resolution unanimously passed by the council during Wednesday's meeting.

The Southwest Ohio Regional Transit Authority will place a measure on the Ohio March 17 primary ballot in Hamilton County, asking voters to OK a 0.8% sales tax levy to increase funding for Cincinnati Metro as well as improvements along roads and bridges used by the bus system. The Cincinnati USA Regional Chamber of Commerce has estimated that roughly $1 billion worth of infrastructure projects throughout the county could be eligible to receive funding from the boost, but a detailed list of which projects that estimate includes is still forthcoming.

Under the proposed tax increase, 75% of the revenue raised would go toward Metro bus service, and the remaining 25% would go toward infrastructure improvements such as the viaduct or Columbia Parkway. Projections estimate the measure could raise up to $135 million annually.

Smitherman's resolution directed the administration to "take steps necessary to enter into a funding agreement with SORTA" to funnel sales tax revenue toward the deteriorating bridge connecting the city's West Side to its Downtown center.

It is unclear what that agreement would look like, since it will be the Hamilton County Integrating Committee — a subsidiary of the Ohio Department of Public Works — that will direct those revenues, if the tax increase passes.

Mayor John Cranley took a shot at Columbus and Washington, D.C., Wednesday when giving his support to the resolution.

"The Western Hills Viaduct can and should be paid for by federal or state tax dollars, but it won’t be," he said. "They’ll put in something, but the vast majority of it is going to have to come from our own community."

Hamilton County owns the bridge and contracts the city's Department of Transportation and Engineering for its maintenance and upkeep. The most recent estimates put replacing the more than 80-year-old bridge at roughly $330 million. In late 2017, the city and the county each earmarked $33 million in funding toward the project, putting the current local contribution to the project at $66 million.

"This will allow us to do for ourselves what others won’t do for us," Cranley said.

The version of the resolution passed Wednesday was an amended version of Smitherman's original submission. During Monday's City Council Budget and Finance Committee meeting, Councilman Chris Seelbach proposed adding a stipulation that the project design should include a barrier between the roadway and any pedestrian paths.

"Almost daily, what I hear is a priority of our community council members, the stakeholders throughout our 52 neighborhoods, is pedestrian safety," Seelbach said.