Could Linn get the city's next 'road diet'? 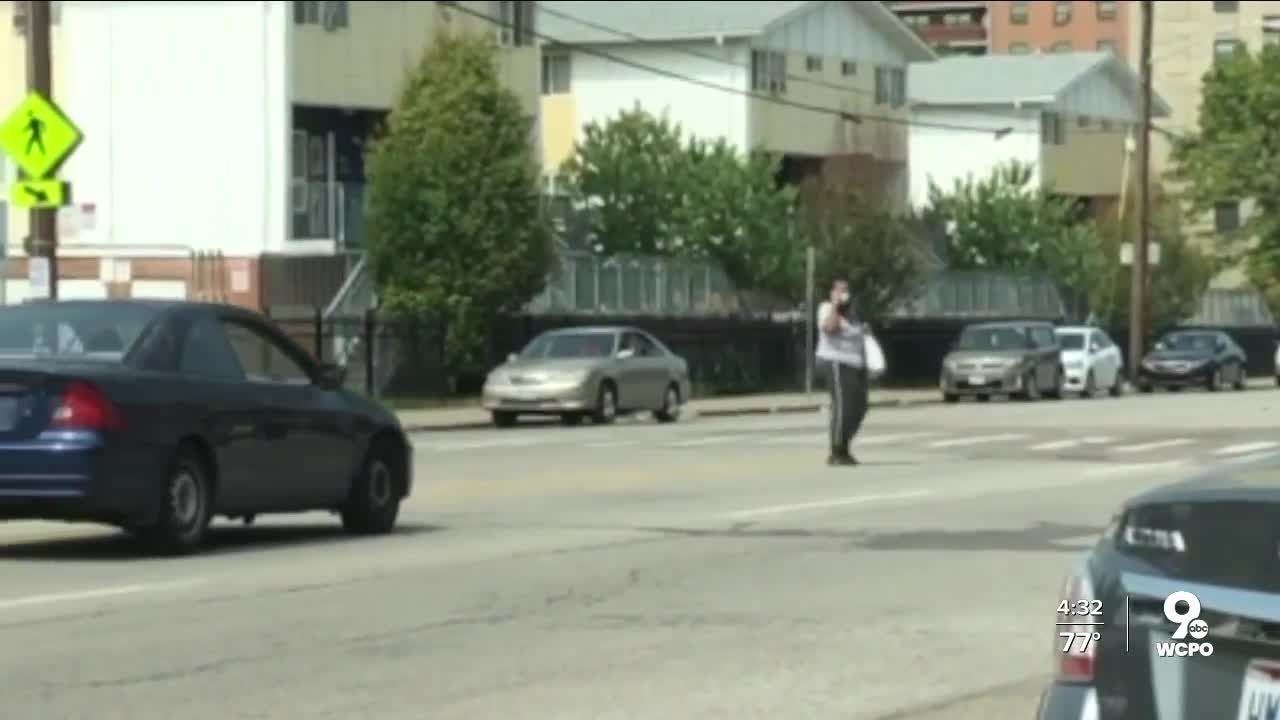 Linn Street has a troubling history with crashes: So far this year, the corridor has seen 39 crashes, five of which involved a person walking along or crossing the street. CINCINNATI — City transportation officials want to bring some big changes to a major corridor that cuts through the heart of the West End, and they want to know what changes residents hope to see.

Ian Frank is assistant superintendent of Cincinnati College Preparatory Academy, located on the 1400 block of Linn Street. He said the way the road is designed encourages speeding, creating dangerous conditions for students.

"The street is so straight and flat that the speeds on it get up over, in excess of over 20 mph or 30 mph during school dismissal and arrival," he said.

According to Frank, one of the school's preschool students as well as two adults were involved in a crash as they were trying to cross.

Linn Street has a troubling history with crashes: So far this year, the corridor has seen 39 crashes, five of which involved a person walking along or crossing the street, according to city data. In July, 67-year-old Donna Pringle died after a driver hit her while she was crossing in a crosswalk outside Lincoln Recreation Center. The crosswalk recently had been upgraded to include a new striping, new signs and lights, and a new pedestrian median as part of the city's ongoing Pedestrian Safety Program.

Dept. of Transportation and Engineering officials will hold a virtual town hall Wednesday evening, seeking input on how they can bring more improvements to Linn Street.

"Even when pedestrians are in the crosswalk, the drivers are not yielding. They just keep driving by as if they don’t know the law is if somebody is in the crosswalk, you’re supposed to yield," he said. "In some cases, some people stop (their cars) and (other) people will speed around them."

City Councilman and 2021 mayoral hopeful David Mann said the street is so wide that it might not be serving the people who live there.

"It's a very wide street. And it probably was built to facilitate folks driving through the West End," Mann said. "And, more and more, we're saying wait a minute. Streets are at first and primarily to serve neighborhoods. And if a street is too wide to allow pedestrian traffic safely to use it, it needs to be narrowed."

Sometimes called a "road diet," the practice of narrowing streets or reducing the number of travel lanes has gathered traction throughout other city neighborhoods in recent years. Most notably, a plan to reduce Liberty Street in Over-the-Rhine from seven lanes to six got underway earlier this year. DOTE officials opted to establish 24-hour parking along Hamilton Avenue in Northside, effectively converting it from a four-lane road to a two-lane road. Rush-hour crashes on the road reduced by nearly 70% in the first six months after that change.

City Council hopeful Derek Bauman has made a name for himself advocating for street designs and traffic policies that consider all road users, including people on foot or bicycle.

"This road needs more than just a road diet," Bauman said. "This needs a lap band and Jenny Craig. That's how bad this road is."

When asked if Linn Street needed more improvements than those made to the crosswalk where a driver would later kill Pringle, a DOTE official told WCPO in an emailed statement, "Lengthy corridors, like Linn Street, are more likely to benefit from larger-scale, corridor-wide redesign. Due to the cost and magnitude of this type of work, DOTE typically seeks state and federal grant dollars for these projects."

Anyone interested in offering feedback on Linn Street can find information on attending Wednesday evening's virtual town hall here. It begins at 6 p.m.