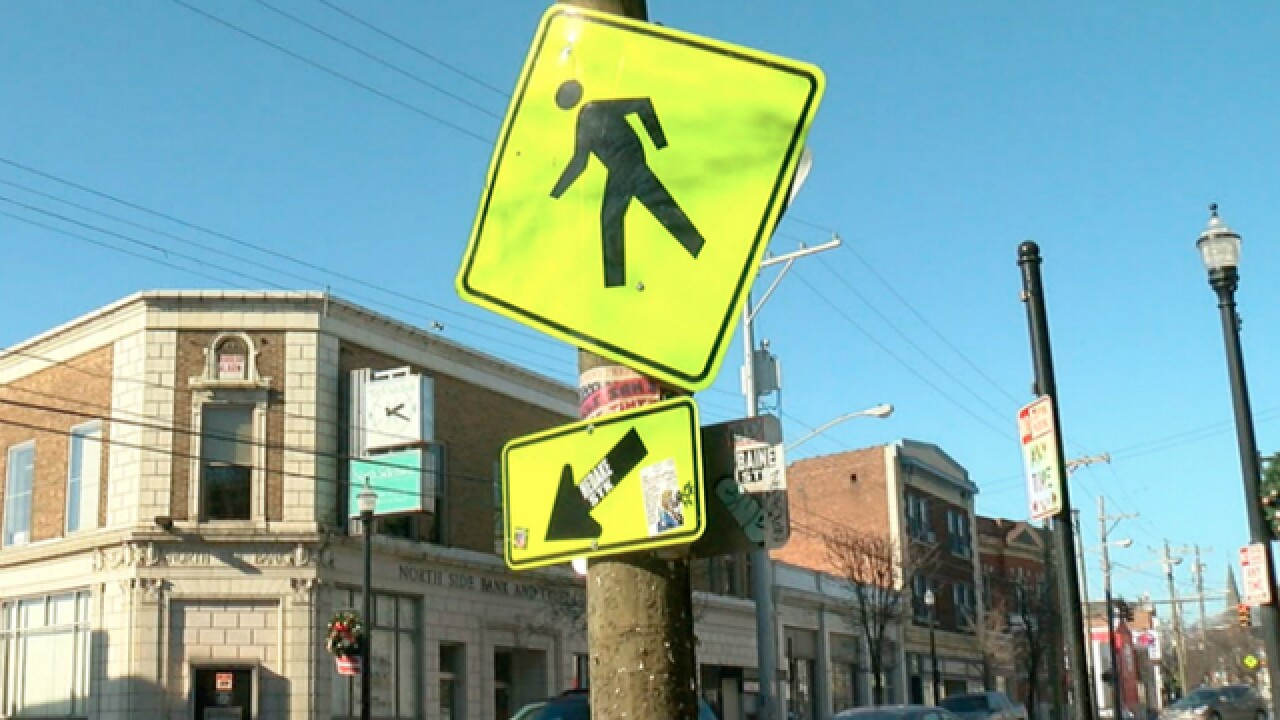 CINCINNATI — The city administration has its sights on more than 200 pedestrian crossing locations for improvements over the next year.

The Department of Transportation and Engineering this week posted its list of 209 locations that will receive at least one safety improvement for pedestrians throughout 36 of the city's 52 neighborhoods. The projects range in scope from re-striping existing crosswalks and installing new signage to building new curb bump-outs and the city's first raised crosswalks, which consist of a combination between a speed bump and crosswalk.

The city will fund the hundreds of improvements over the next year using money from the $750,000 Pedestrian Safety Fund along with roughly $1.3 million from the Ohio Department of Transportation.

Absent from the list of proposed improvements are any projects near the site where 15-year-old Gabriella Rodriguez died after two drivers struck her as she was crossing Harrison Avenue in Westwood. That crash occurred two years ago earlier this month.

WCPO reached out to city officials for comment but did not immediately hear back.

Rodriguez's mother, Shawna Rodriguez, told WCPO Tuesday afternoon she was disappointed that the vicinity of Harrison Avenue between Hansford Place and Sarvis Court was not included in the list of upcoming improvements.

"It's a shame we have to wait for something else terrible to happen for changes to occur," she said. "What will it take?"

A crossing location historically has qualified for improvements based on a number of criteria, including how often crashes occur at the site, how often people cross at the location, and the location's proximity to and frequent use by vulnerable populations like school children or the elderly.

Harrison Avenue on the West Side endures similar challenges as Linn Street in West End, where 67-year-old Donna Pringle died after a driver struck her with their vehicle in a newly redesigned crosswalk. That crosswalk was a part of last year's Pedestrian Safety Fund improvements.

In a statement to WCPO for a previous story on Linn Street, DOTE officials said a corridor like Linn Street -- seven lanes wide, prone to speeding -- would benefit from improvements at a larger scale than the Pedestrian Safety Fund is designed to address and often would likely require funding assistance from the state of Ohio or the federal government.

The improvements are a part of the city's larger efforts toward reducing traffic crash fatalities and injuries to zero, especially when it comes to more vulnerable road users like people walking or riding bicycles. In early 2019, the city adopted a "Vision Zero" approach, which models after a national movement toward traffic design, policy and enforcement strategy that aims toward that goal. Later that year, the Cincinnati Public Schools Board of Education also adopted the approach.