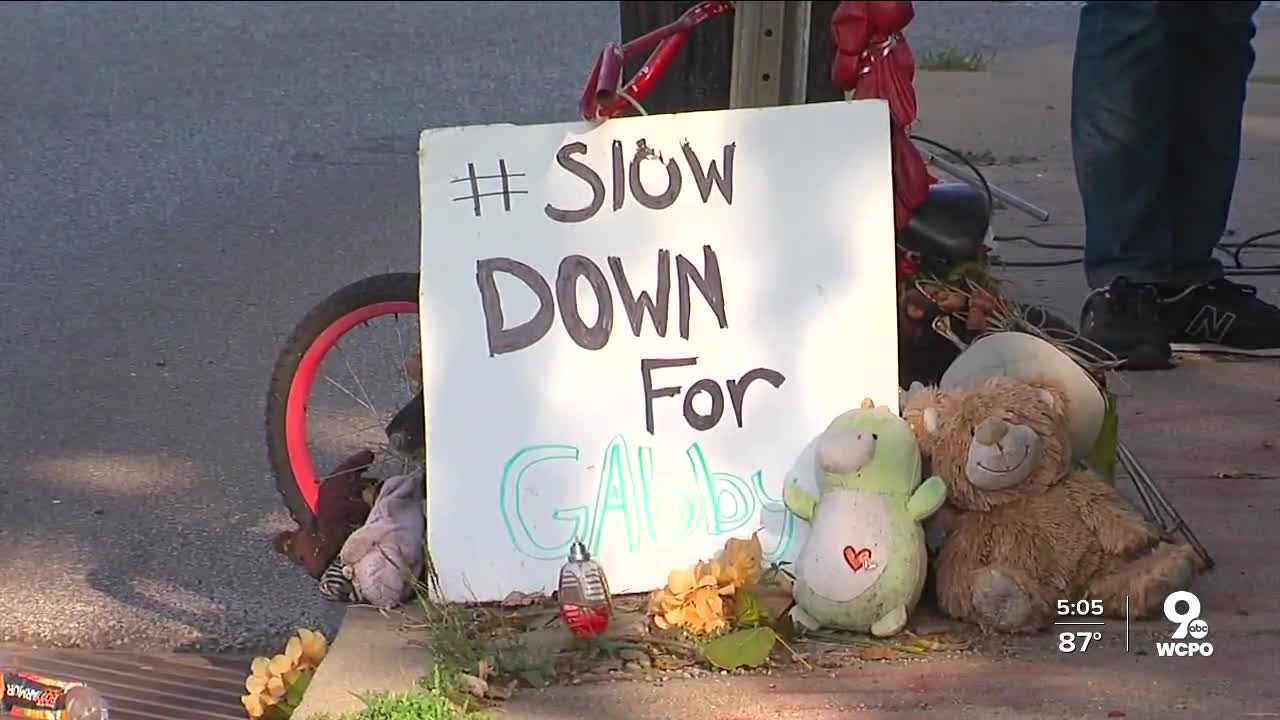 Fifteen-year-old Gabriella Rodriguez would have been a senior at Western Hills High School this year. Instead, her family is still seeking answers two years after a driver took her life as she was trying to catch the bus to school. 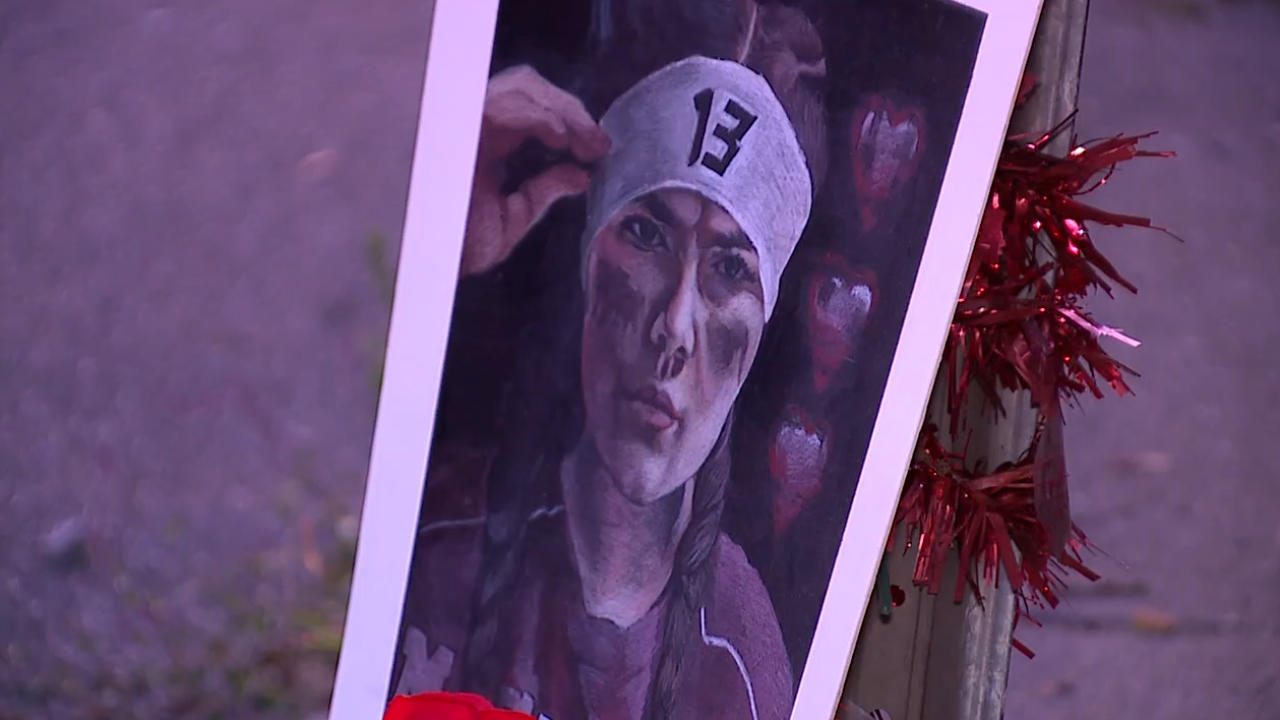 CINCINNATI — At the corner of Hansford Place and Harrison Avenue in Westwood sits a makeshift memorial of flowers, candles, teddy bears, a BMX bicycle and a sign reading, "Slow Down for Gabby" — all offered to honor the memory of the Western Hills University High School freshman who died trying to cross the street to catch her Metro bus to school.

Two years later, the girl's mother said she's still waiting on safety changes she said she was promised in the days and weeks following her daughter's death.

"The traffic's the same. The same speeding, no crosswalks, the lighting. Not the changes I want," Shawna Rodriguez told WCPO, standing next to the memorial that has remained in place since the crash that took her daughter's life.

Before sunrise on Sept. 10, 2018, 15-year-old Gabriella Rodriguez — known to friends and family as "Gabby" — was crossing Harrison Avenue when two drivers struck her with their vehicles. One stopped; one fled the scene. Rodriguez died that afternoon.

The driver who hit her and sped off is still at large today.

Rodriguez, a West High softball stand-out, would be starting her senior year if that morning had gone differently.

"I'm angry. I'm frustrated," Shawna Rodriguez said. "I've been under the assumption this whole time that they were going to put a crosswalk there (at the intersection of Hansford and Harrison)."

Over the last two years, pedestrian safety — especially that of school children — has become a frequent talking point among leaders at City Hall and has garnered increasing media attention. As the school year continued after Rodriguez's death, Cincinnati Public Schools reported that drivers had struck more than a dozen district students heading to or from campus that calendar year.

As part of its budget for the fiscal year 2018, City Council for the first time established a Pedestrian Safety Fund. For the first two years, that fund allocated $500,000 to safety improvement projects throughout the city, such as new crosswalks and new signs — some with flashing lights — at strategically targeted locations throughout dozens of Cincinnati neighborhoods.

Shawna still wonders: When will those sorts of improvements come to the area where her daughter lost her life?

"We were so excited when we thought we were going to get that crosswalk out here, and we were looking at 3-D crosswalks," she said, referring to a type of crosswalk that uses an attention-grabbing optical illusion to make the stripes appear as though they are rising out of the ground.

WCPO reached out to a city spokesperson for an update on any planned improvements to the vicinity of Harrison Avenue where Rodriguez died but did not hear back in time for this story.

As WCPO has previously reported, the criteria for projects eligible for the Pedestrian Safety Fund dollars are meticulous and specific, and the competition for the limited money is stiff.

While the Department of Transportation and Engineering was able to fund 70 projects last year, officials received more than 100 requests, said Pedestrian Safety Program Manager Mel McVay in an interview with WCPO in 2019, shortly after her position was created.

"We look at things like, have there been crashes in that area? Or is the location adjacent to a school or recreation center or elderly housing? In other words, are there vulnerable users trying to cross the street at that location?" McVay said. "We also look at the speed of traffic that’s traveling by."

2019 saw the city's first decrease in pedestrian-involved crashes after a steady increase over the five years prior. That was also the year that City Council and the CPS Board of Education adopted a commitment to "Vision Zero," a nationwide movement to improve street design and traffic policies in order to reduce the number of traffic deaths down to zero.

Despite these improvements, drivers continue to hit people walking through their neighborhoods, sometimes incurring serious or fatal injury. Earlier this summer, 67-year-old Donna Pringle was crossing Linn Street in West End — at a newly renovated intersection, equipped with a freshly-striped crosswalk, pedestrian median and new signage — when a driver struck and killed her.

Pringle's death illuminated what city officials acknowledge as the limited capacity of the Pedestrian Safety Fund. When it comes to larger corridors like Linn Street — or Harrison Avenue, where Rodriguez died — they "are more likely to benefit from larger-scale, corridor-wide redesign," a DOTE official wrote in a July 29 statement, provided to WCPO via communications director Casey Weldon. "Due to the cost and magnitude of this type of work, DOTE typically seeks state and federal grant dollars for these projects."

Still, Shawna Rodriguez says she shouldn't have to go much farther than the end of her street to see progress.

"We did a lot of good when she died, but we did a lot of good in other places," Shawna Rodriguez said. "I'm proud that Gabby had an effect for that in a way, but that means nothing if this looks the same. When she died, I made a promise to give it my all. I didn't promise it for Cheviot, I didn't promise it for Oakley. I promised it for right here.

"My daughter deserves a crosswalk just as much as someone in Hyde Park."