'I know that people are trying to look after me' 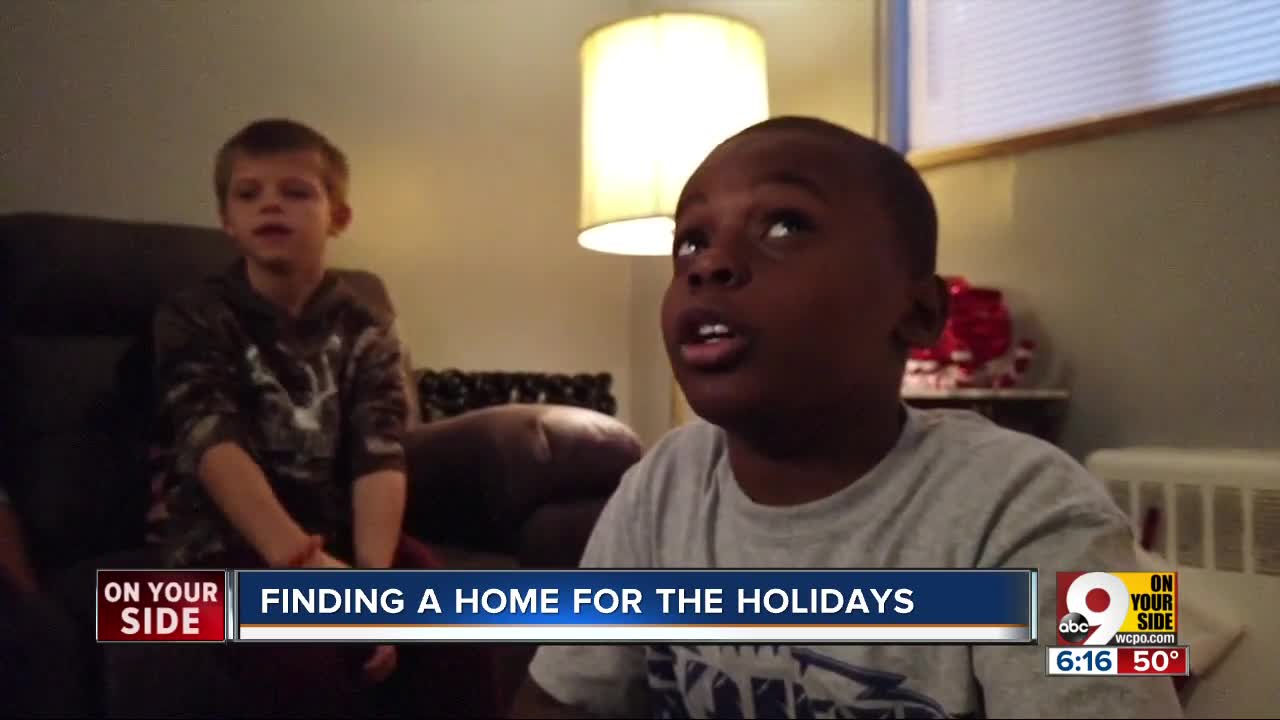 Five months ago, Steven Davis and Michella Brown were homeless, sleeping outside on park benches with their nine-year-old grandson. A lot has changed since then. 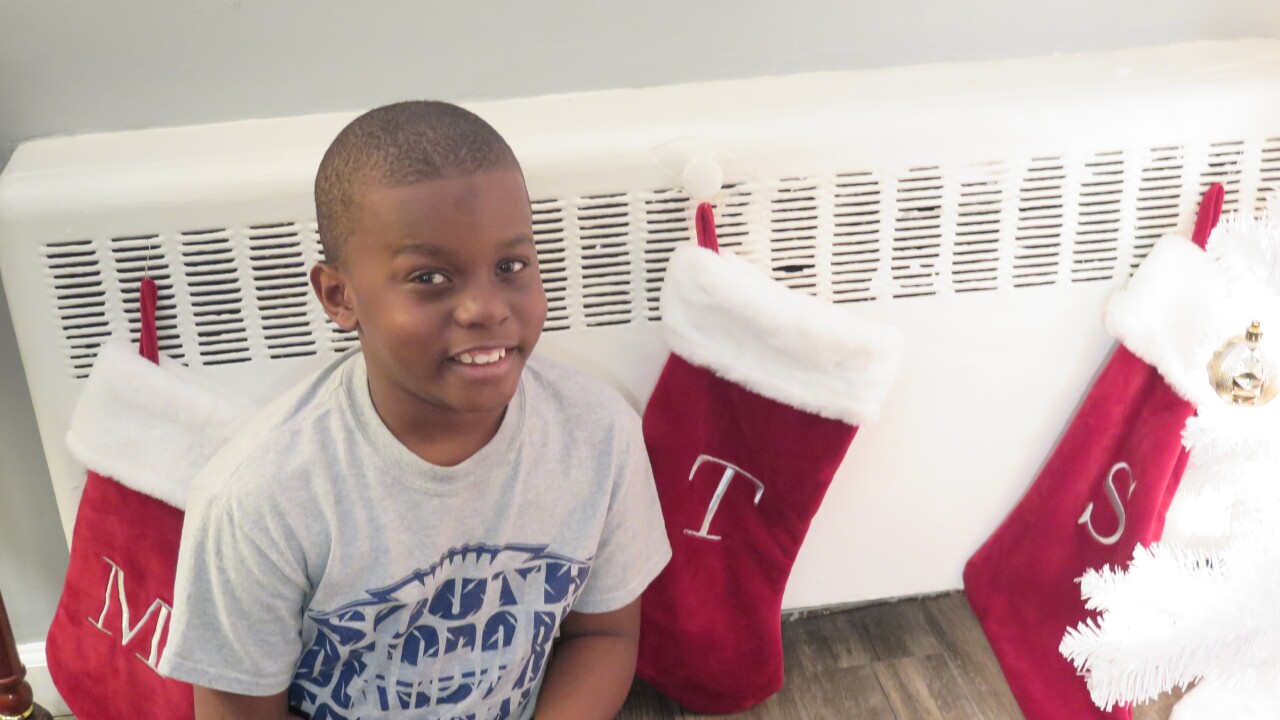 PARK HILLS, Ky. — Just five months ago, Steven Davis and Michella Brown were homeless, sleeping outside on park benches with their nine-year-old grandson.

Now the family lives in a cozy, two-bedroom apartment in Park Hills. A sparkling, white Christmas tree fills a corner of the living room, topped with a light-up angel whose wings nearly touch the ceiling.

“This is how I wanted it to go,” Davis told WCPO. “It was rough starting out. But meeting Sam, Susan, Maslow’s Army, that’s been one of the stepping stones to helping us start our new life. And you know they still been right here by our side. So it can only get better.”

WCPO first told the family’s story in August. When gun violence began to consume the Chicago neighborhood where Davis and Brown were raising their grandson, Dearius, the couple decided to act. They sold everything they could and left to find a better life for the boy, whose nickname is Tank.

RELATED: These grandparents became homeless out of love for a boy called Tank

They ended up in Cincinnati. Davis was promised a job that didn’t pan out, he said, and they became homeless when their money ran out. After nearly a week of sleeping outside, Davis heard about Maslow’s Army and went to the group’s Sunday outreach to ask for help.

Offers of help poured in from the community after WCPO told the family’s story.

A young Indiana couple donated a van to Brown and Davis. Readers offered job leads, resume help and donated to the family’s GoFundMe campaign. And a local interior designer offered to help them with an apartment.

“It was one of those moments that just hits you in the stomach,” said Julie Anne Baur, the owner of Winding Lane Interiors who learned of the family through WCPO’s coverage. “For me, I believe it was God that sent me that moment that I was supposed to read that article. When I have that feeling in my stomach where I have to do something, I would say that’s God speaking to me.”

Spider-Man and a spot to do homework

Baur and Maslow’s Army worked with Davis and Brown for weeks to find an apartment. Baur and her husband donated a security deposit and a few months rent to get them started. Baur also connected the family with New Life Furniture Bank, a nonprofit that helps families who have experienced homelessness furnish their apartments when they get housing.

The family became one of New Life Furniture Bank’s three “Design with a Heart” recipients in 2019, said Dana Saxton, the nonprofit’s executive director.

New Life Furniture Bank provides furniture for six families a day and can’t give every family special attention from a designer, Saxton said.

“But every once in a while we have families like the Davises who come along that we really just want to go the extra mile for,” she said.

Baur said selecting furnishings for Tank and his family was a privilege. She bought some inspirational wall hangings to complete the design.

“She wanted to surprise us,” Davis said. “So I gave her a key, and she asked us to leave for four to six hours. And when we came back, this is what it was.”

She even found a bedspread and pillowcase for Tank with pictures of Spider-Man, his favorite.

“He was just thrilled,” Baur said of Tank. “One of the things he was most thrilled about was his desk. He was so thrilled with the books.”

Tank said the desk gives him a great place to do his homework, and he works hard to keep his room clean.

“I love it,” he said, adding that he’s happy to be away from the violence in his old neighborhood in Chicago.

“I feel safe with my grandpa and grandma. And I know that people are trying to look after me. So yeah, I’m happy.”

“I like my teachers. I try to stay out of trouble. I have friends,” he said. “I do everything that I’m supposed to do.”

Brown said she feels like the family is finally getting settled again.

“I’m just thankful, thankful for being OK,” Brown said. “It was a struggle, but we made it through and now we just got to make it through Christmas and, you know, we’ll be OK.”

Davis had been working through temporary services since the family moved to Park Hills in September. He just started a permanent job earlier this month as a janitor at Reliable Castings, he said.

“It’s a beautiful company, and I’m just happy,” Davis said. “They looked at my resume, said they think I’ll be a good fit, and it’s looking good.”

Brown said she’s also grateful that she has been able to focus on getting Tank the medical care he needs for his seizures.

“He doing a whole lot better than he was doing,” she said.

After she is sure Tank is settled, she said, she will get a job, too.

“It’s hard to explain how surreal it is,” Davis said. “We’re in a great place. Tank’s happy in a good school. I’ve got a good job right now, and it’s slowly but surely coming together.”

Not every family that experiences homelessness gets to the point that Tank and his grandparents have reached, said Susan Landis, president and co-founder of Maslow’s Army.

“Sometimes you run into different clients that just aren’t able to do the follow through. You kind of have to walk them through it,” she said. “A lot of what the family has been able to do is because of their passion to be successful.”

Landis said it’s clear the couple is driven by their love for their grandson.

“My goal is to try to make Christmas as special as I can for my grandson,” Davis said. “My goal is just to make him happy.”

Tank doesn’t have a toy-filled wish list for Santa.

“I really don’t want anything for Christmas,” he said, although he hopes his mom might be able to visit for the holidays.

“Because the only thing that matters for Christmas,” Tank said, “is your family.”

Davis and Brown still have an active GoFundMe campaign to raise money to get settled in their new life and take care of Tank. Information about the campaign and how to donate is available online.