'This is where we want to plant our roots' 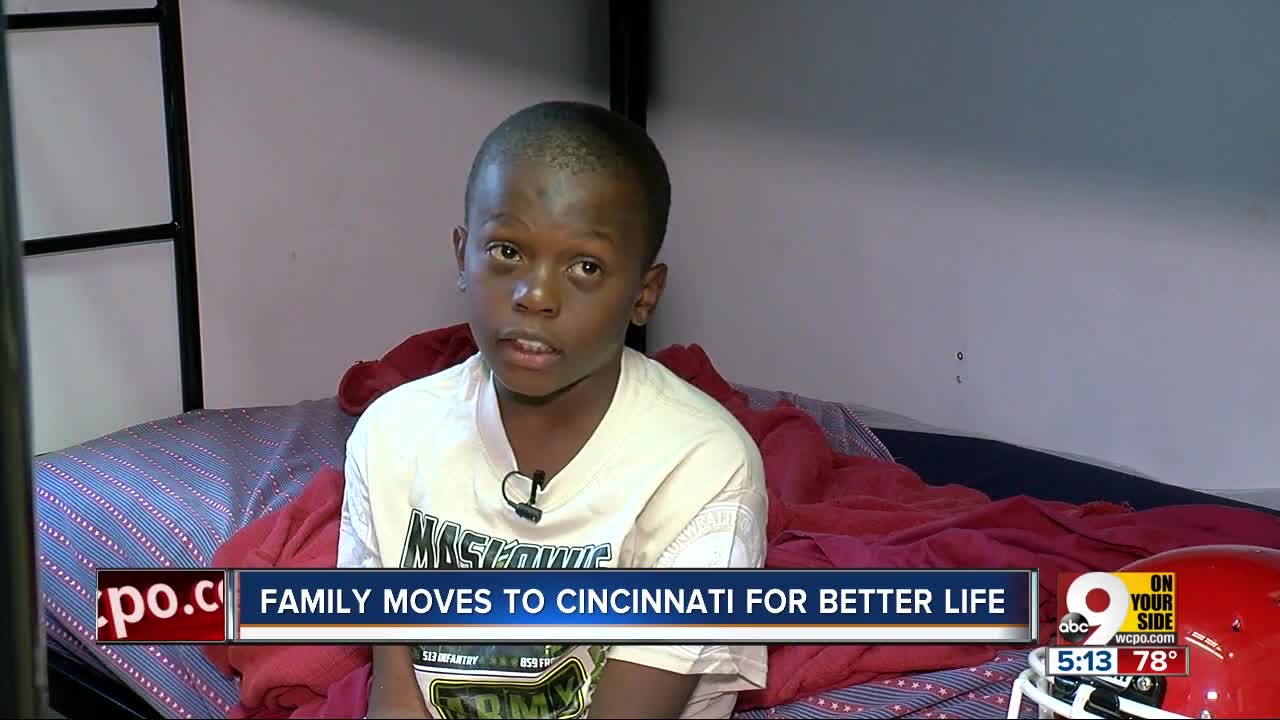 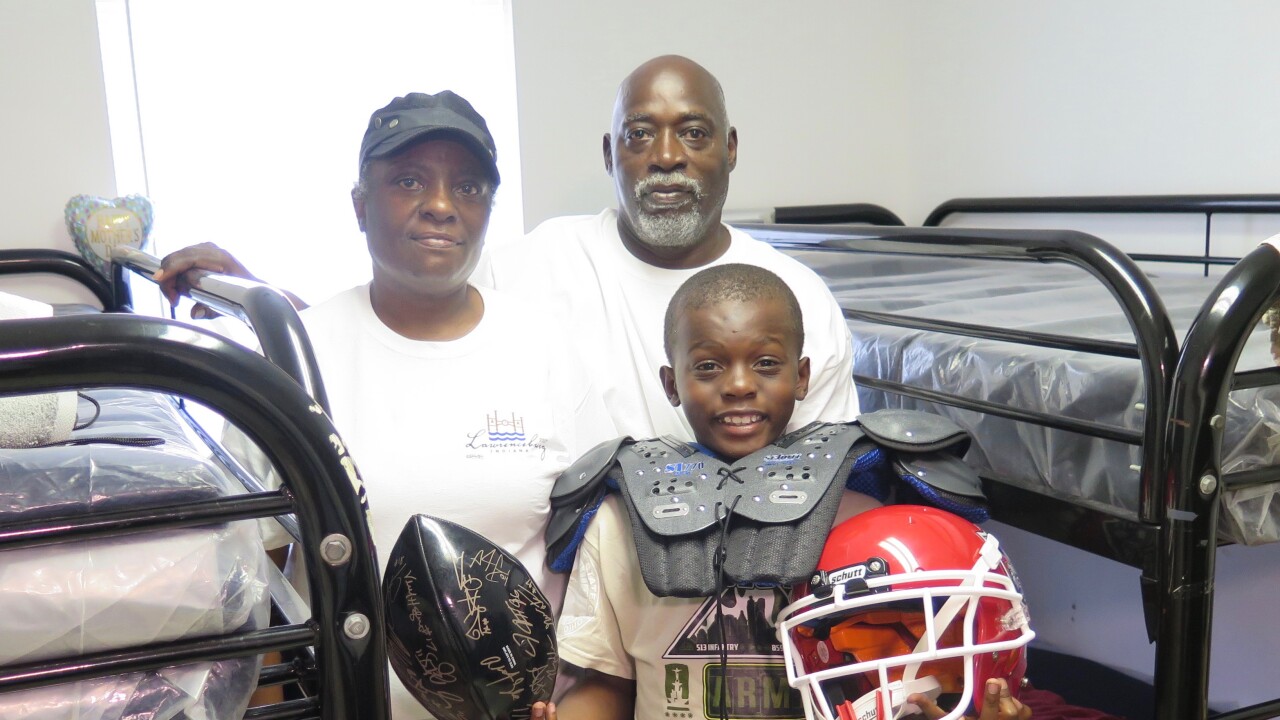 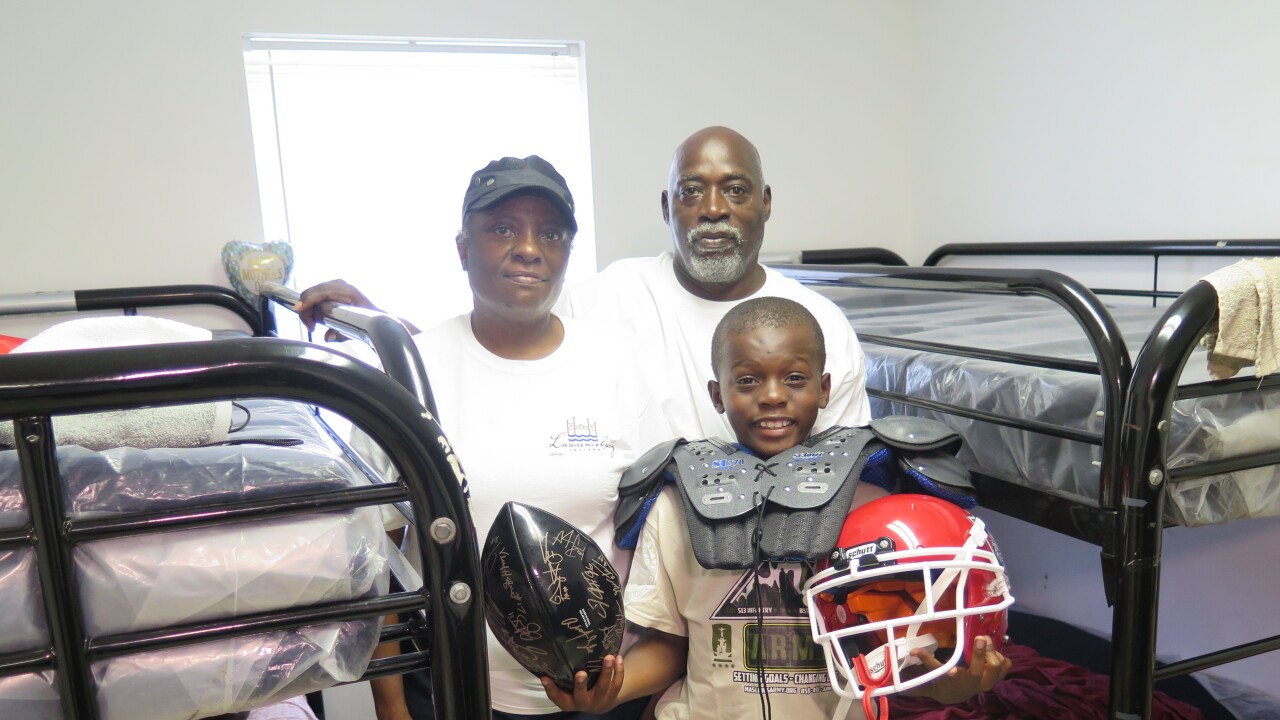 AURORA, Ind. — This is a story about how far grandparents will go for the love of a grandchild.

When gun violence began to consume the neighborhood where he and his wife were raising their grandson, the couple took action.

“I sold everything that I owned to try to move my grandson somewhere to give him a better life and to get him away from the violence,” Davis said.

“I was, you know, just tired of being in a situation where you can’t hardly go outside because you don’t know if you’re going to get shot,” added his wife, Michella Brown. “I decided, let’s go. Let’s just sell everything we have and wherever the money takes us, that’s where we end up.”

They ended up at the Greyhound Bus Station in Cincinnati. But life wasn’t better right away.

For the first six days, Davis, Brown and their 9-year-old grandson, Dearius, were homeless. A relative gave them money for a hotel room for a couple nights, but mostly they slept on park benches outside.

“The bench was kind of hard,” said Dearius, better known as Tank. “It’s very hard. It’s not softer than a bed. It’s like, it’s like a rock.”

Brown and Davis were beginning to lose hope.

Then Davis heard about Maslow’s Army and went to one of the organization’s Sunday outreach events earlier this month. He tracked down Samuel Adams Landis and explained his family’s situation.

“Right away, my heart broke for the situation,” said Landis, executive director and co-founder of Maslow’s Army. “I said, ‘Give me a call at 8 o’clock tomorrow morning. I’ll make sure that you and your family have a place to go.’”

Davis made the call, and things began looking up.

“Sam was a man of his word,” Davis said. “He told me to call him the next morning. I’ve been told to ‘call me the next morning’ before. But this time, it stood to be true.”

“He helped us,” Brown added.

Landis picked up the family at The Public Library of Cincinnati and Hamilton County, where they were waiting with the few belongings they had left. He drove them directly to the courthouse in Lawrenceburg, Indiana, for a background check and then to Heart House, a homeless shelter in Aurora, Indiana.

“Up until this point in 17 years, we have never turned down a family with children,” said Craig Beckley, the shelter’s executive director.

Tank’s family was no exception.

They moved in on a Monday and had Tank enrolled at Aurora Elementary School soon after. On Tank’s second day of class, the school’s football coach invited him to play on the team even though he had missed summer conditioning. His helmet even has his last name on it.

“My first football game was two days ago, and we went against the Bees,” Tank said. “And we won, and I was sooo happy.”

Davis and Brown both got jobs at a fast food restaurant that they can walk to from the shelter. They’re working to save up enough money to get their own apartment and buy a car so they can apply for better-paying jobs.

“Our philosophy is to help homeless people reestablish their lives, reconnect with their communities but to become self-sufficient and independent,” Beckley said of Heart House. “We want to help them get a job, earn their own money and get out on their own.”

Davis is a certified machinist and worked as a union painter for 15 years until the company where he worked shut down, he said. He’s hoping to get work in one of those fields.

He’s pleased with Tank’s new school and how the staff there has made his grandson feel welcome, he said.

“That just made me more determined to say, this is where we want to plant our roots, and this is where we’re going to start over and try to build our new lives,” Davis said.

‘A situation, not an identity’

Davis and Brown said they have never experienced homelessness before now.

“Homeless is a situation, not an identity,” Brown said. “So just because you’re homeless, that don’t make you less than the next person.”

“That don’t mean the world’s over,” Davis added. “You’ve just got to keep hope, keep faith in God and take each day a day at a time.”

Family homelessness can be especially complex because often multiple members of the family have challenging circumstances, said Kevin Finn, CEO of Strategies to End Homelessness.

In Hamilton County alone, 544 families slept on the street or in an emergency shelter in 2018, according to Finn’s organization.

“Everything is just more complicated with families,” he said. “If the average homeless family has three people in it, that means there is three times the likelihood that someone has a special need or disabling condition.”

“If something doesn’t change,” he added, “family homelessness is the future of homelessness.”

Davis and Brown are determined homelessness won’t be their future.

“They’re so driven. They’re so passionate about getting up on their feet,” Landis said. “I see nothing but great things in their future, and I want to be there every step of the way to watch it happen for Tank and for the family.”

Tank said he’s looking forward to what comes next, too. He liked being able to see his mom and dad and family in Chicago, he said, but he shares his grandparents’ excitement about starting over here.

“It really doesn’t compare because Chicago was a bad place, and we started our new life here,” he said. “I hope we move on, my granddaddy gets a car, we have a truck, we go on and on.”

Tank wants to see his grandma get the tiny house she has dreamed of, and he hopes it’s a place where he can have his own bedroom again.

“And whenever I have company, we’ll just have snacks. We’ll have food. We’ll have everything that we need,” he said.

Looking even farther into the future, Tank wants to grow up to be a football player with enough money to take care of his grandparents.

“I’ll do that and then I’ll save some money for myself,” he said. “And then if I ever have other family members that are in need, I’ll do what Sam did to us.”

It turns out this story is about more than how far grandparents will go for love.

It’s also about what their love has taught a boy called Tank.

Donations for the family can be made online through a GoFundMe campaign.