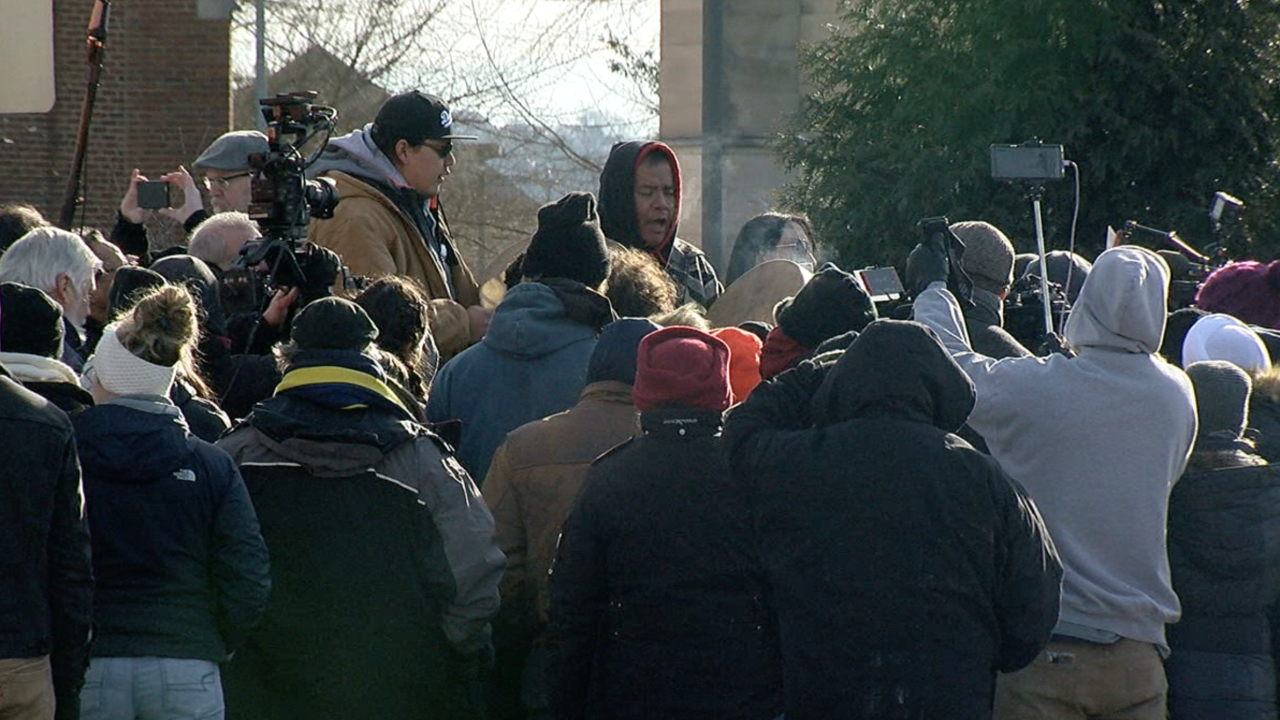 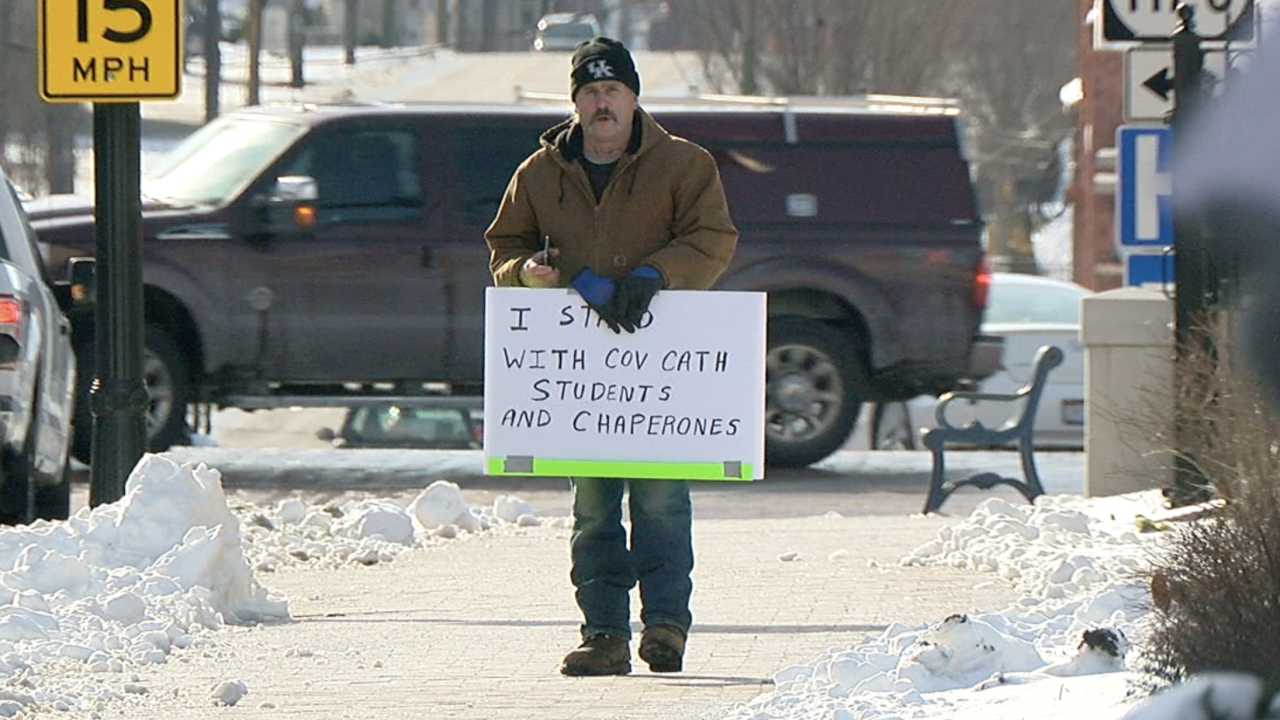 COVINGTON, Ky. — A few dozen people gathered outside the Roman Catholic Diocese of Covington Tuesday, some standing in support of Nathan Phillips, the member of the Indigenous People's March seen playing a hand drum in online videos that have stirred up controversy nationwide.

Other people who attended the event voiced their support for the students of Covington Catholic High School, while others said, "let’s stop the finger pointing."

"Here we are, everybody's pointing fingers. Let's stop the finger pointing. Let's stop putting blame," said organizer Guy Jones. "Let's go and come together and create a dialogue where we can begin to grow."

On Facebook, the organizations accuse a group of Covington Catholic students of “mocking, laughing at, and disrespecting Nathan Phillips.”

The groups added, "Their behavior at this point is still a problem, even if they did not create the initial situation."

Many videos showing multiple angles and moments throughout the altercation have surfaced in the days since, showing different perspectives of the same event and raising questions — and more controversy — about who acted inappropriately and what exactly was inappropriate.

"I think the CovCath kids were provoked," said Nick Boschert, who attended Tuesday’s rally. "For them to get death threats and for people, even after watching all the videos, still to say, 'Well there's blame to go around for everybody,' is just a false equivalency."

Another man’s sign read, "I stand with CovCath students and chaperones."

Covington Catholic school officials alerted parents that the school would be closed Tuesday in order to keep students and faculty safe.

Both the Native American elder, Nathan Philips, and the main student in the video, Nick Sandmann, have released statements about the incident.

RELATED: WCPO is working to shed light on what happened in CovCath viral video

Each statement agrees the confrontation began when a third group of people yelled racial and homophobic slurs at the CovCath students. Philips then steps between the two groups, and this is where accounts deviate.

A statement made Monday night by Covington Catholic High School principal Robert Rowe said an "independent third-party investigator” will look into the Washington, D.C. incident. The Diocese of Covington said Tuesday that the investigation would begin this week.

Below is a full statement released Tuesday by the Diocese of Covington and Covington Catholic:

"On Monday afternoon the Covington Police alerted us that they had intelligence concerning a planned protest, Jan. 22, at Covington Catholic High School and a vigil at the Diocesan Curia. Due to threats of violence and the possibility of large crowds the Diocese was advised to close Covington Catholic High School, the Diocesan Curia and neighboring Covington Latin School. We thank law enforcement officers for their protection and will reopen when they say it is safe to do so.

Concerning the incident in Washington, D.C., between Covington Catholic students, Elder Nathan Phillips and Black Hebrew Israelites the independent, third-party investigation is planned to begin this week. This is a very serious matter that has already permanently altered the lives of many people. It is important for us to gather the facts that will allow us to determine what corrective actions, if any, are appropriate.

We pray that we may come to the truth and that this unfortunate situation may be resolved peacefully and amicably and ask others to join us in this prayer. We will have no further statements until the investigation is complete."