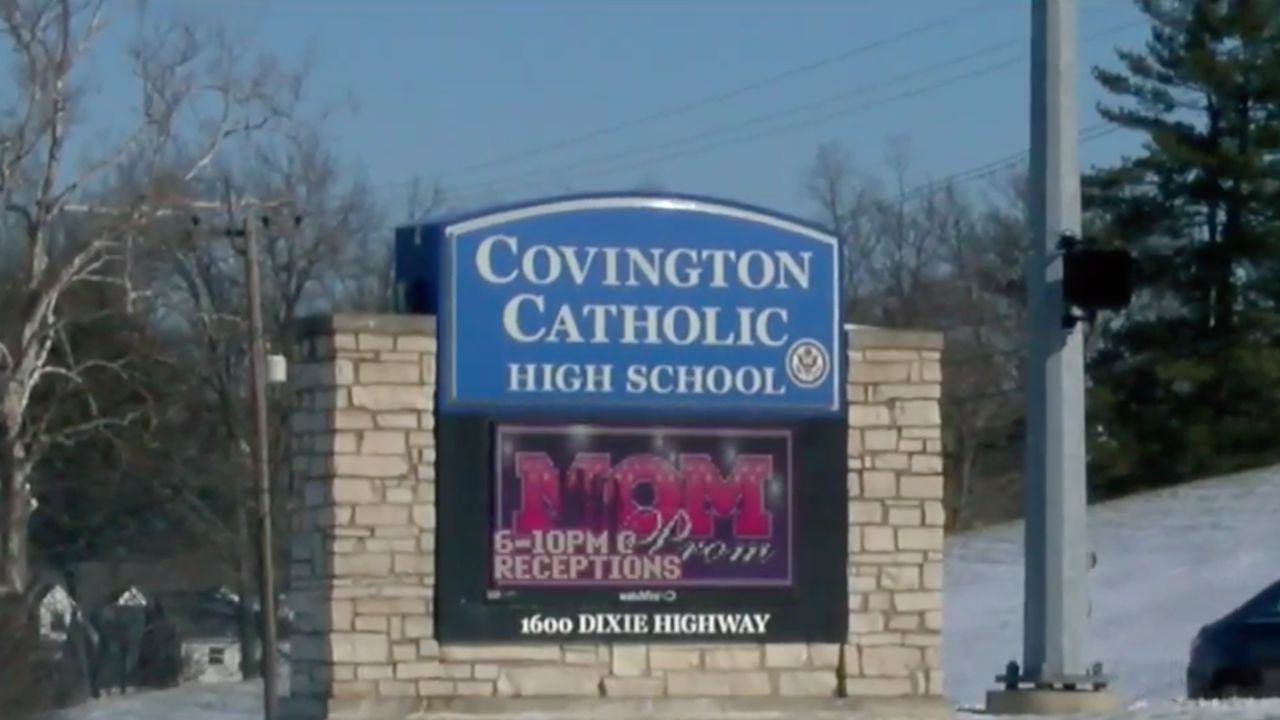 An alert was sent out Tuesday morning to parents of Covington Catholic High School students which said the school would be closed Tuesday in order to keep the students and faculty safe. It wasn't immediately clear when the school would reopen.

The closure comes after numerous threatening posts were made online after a video emerged online showing a Native American elder playing a hand drum in the midst of a crowd of CovCath students.

In a statement released Tuesday, the Diocese of Covington and the school said police alerted them to a demonstration planned at the school and advised them to close "due to threats of violence and the possibility of large crowds."

"We thank law enforcement officers for their protection and will reopen when they say it is safe to do so," officials said in the written statement.

Both the Native American elder, Nathan Philips, and the main student in the video, Nick Sandmann, have released statements about the incident.

Each statement agrees the confrontation began when a third group of people yelled racial and homophobic slurs at the CovCath students. Philips then steps between the two groups, and this is where accounts deviate.

Many people have weighed in on the videos and the incident, including President Donald Trump.

Looking like Nick Sandman & Covington Catholic students were treated unfairly with early judgements proving out to be false - smeared by media. Not good, but making big comeback! “New footage shows that media was wrong about teen’s encounter with Native American” @TuckerCarlson

A statement made Monday night by Covington Catholic High School principal Robert Rowe said an "independent third-party investigator” will look into the Washington, D.C. incident. School and diocese officials said on Tuesday that the investigation will begin this week.

"This is a very serious matter that has already permanently altered the lives of many people," officials said in a written statement. "It is important for us to gather the facts that will allow us to determine what corrective actions, if any, are appropriate."