New developments are driving up property taxes, forcing long-time to choose between paying for essentials and making their house payments. 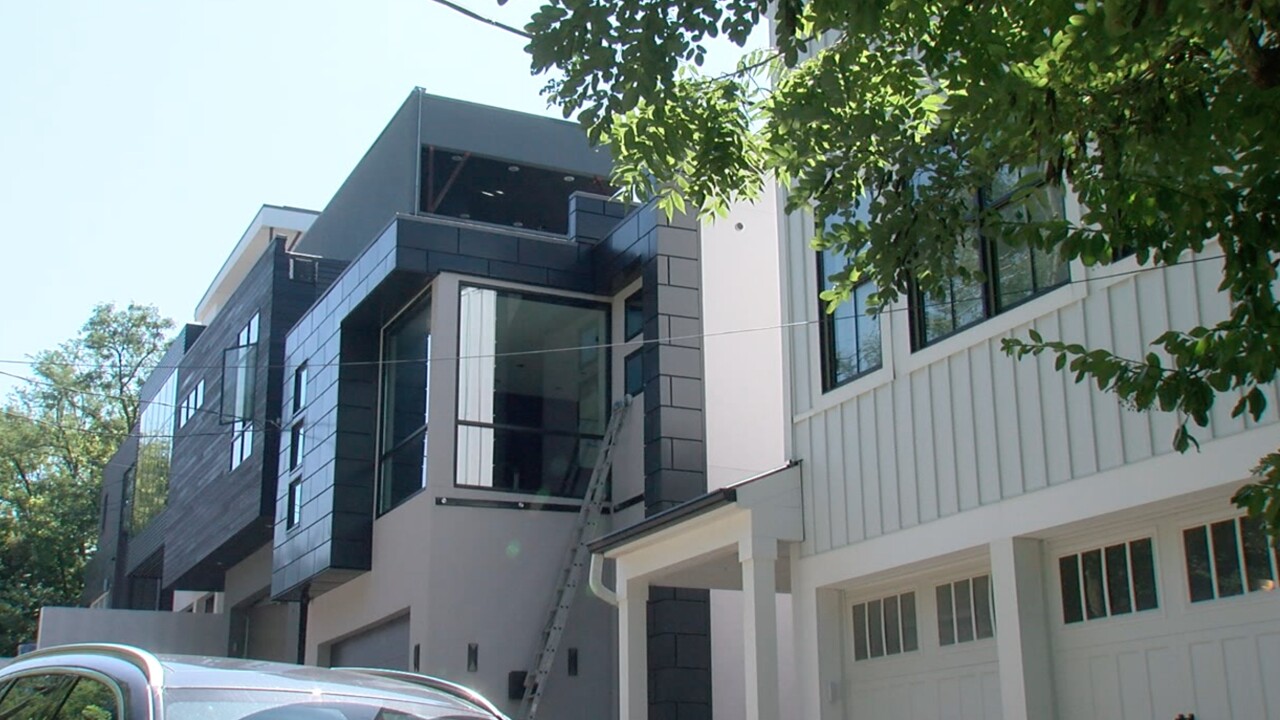 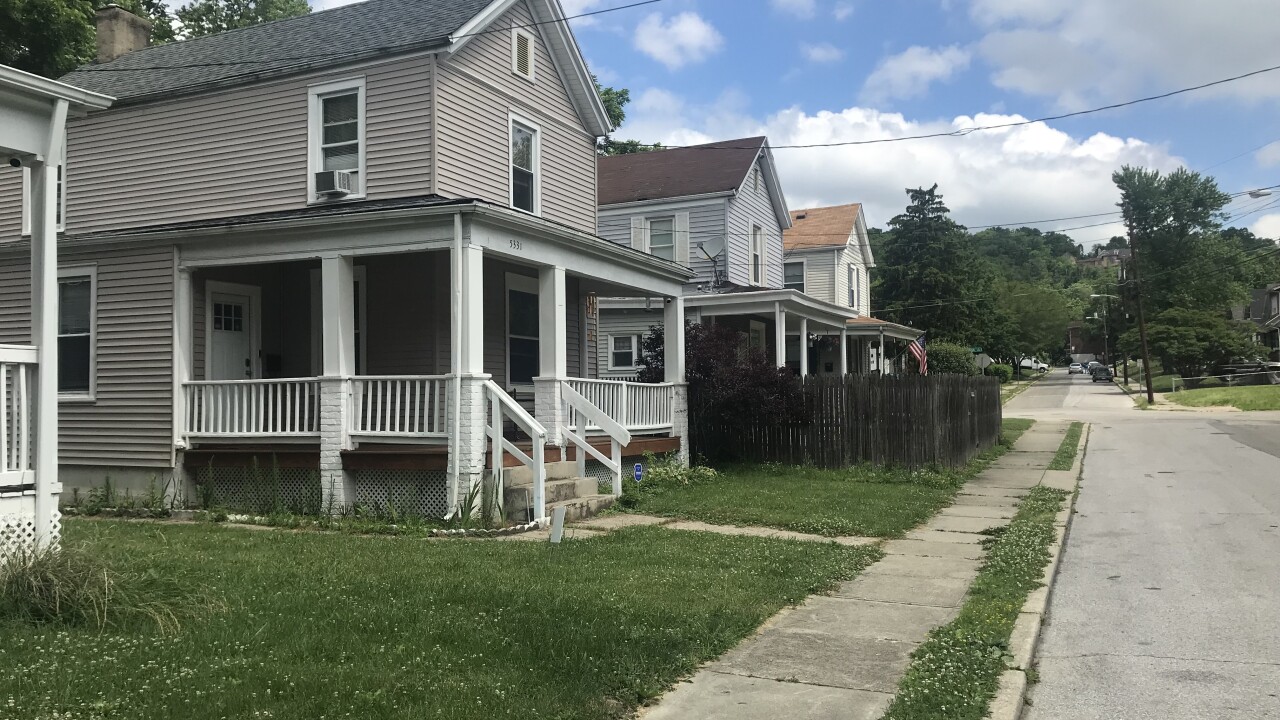 CINCINNATI — Kathy Garrison and her husband have lived alongside many of their Madisonville neighbors for decades, and she’s worried for them.

New development throughout the neighborhood is pushing homeowners’ property tax bills higher, she said. That’s forcing many of her old friends to make difficult choices, especially those who are getting by on a single income because their spouses have died.

“How do you decide, do I buy my medicine? Do I get my groceries? Do I do something different? Do I not pay gas and electric?” said Garrison, a Procter & Gamble Co. retiree who serves as director of the neighborhood’s community arts nonprofit, Artsville.

Garrison said she has seen neighbors reluctantly sell their homes because they simply can’t afford the taxes anymore.

“When these prices continue to climb,” she said, “we can expect more and more people to lose their homes.”

That is exactly what Cincinnati’s Property Tax Working Group hopes to prevent.

The panel of neighborhood activists, real estate professionals and minority business groups was created by a 2018 council motion to study “the issue of rising property taxes in areas experiencing significant levels of development.”

Vice Mayor Christopher Smitherman was the author of that motion and is co-chair of the group.

“I want to see development happening, but I also care, and I know our co-chair Carol Gibbs cares, and the whole Property Working Group, we all care about how it is done,” Smitherman said.

Gibbs, CEO of Mt. Auburn Community Development Corp., said the Property Tax Working Group is trying to complete its final report by July 23. It will include a recommendation to defer property taxes for seniors or disabled residents who risk the loss of their home due to rising property tax bills caused by new construction around them.

“We talked about having those homes stay at the same tax rate before we started the million-dollar buildings and hold onto those taxes until they sell or they move,” Gibbs said. “And then the new homeowner would assume the cost of those past taxes.”

‘It’s time to put that all together’

The idea is one of dozens that emerged since last September from an increased council scrutiny of tax abatement deals. The process has already strayed into some of the city’s most intractable problems: The lack of affordable housing, how to improve a low-wage economy, rents that are too low to make a real estate development profitable but too high for tenants to afford.

In fact, an I-Team analysis of ideas generated by the Property Tax Working Group shows only 10 of the 29 proposals would alter tax-abatement policy. The others call for things like creation of a revolving loan pool for home-improvement contractors, changes in zoning to encourage redevelopment of four-family apartment buildings and requiring a social worker to accompany building inspectors in rapidly developing neighborhoods.

The city’s development staff came to similar conclusions in a 60-page report that responded to a January 2019 council motion that asked for ways of “updating our development subsidies and incentives programs” to encourage more equitable development. Four of the report’s 15 ideas involved tax abatements. And many of its recommendations found their way into a “balanced development” proposal passed by council in December. It calls for the city to prioritize subsidies for projects that create living-wage jobs, prevent displacement, encourage inclusion and create affordable housing.

Both of those reports mirrored recommendations in an outside review of local housing policies, published in May by LISC Greater Cincinnati. That report, “Housing our Future,” provides more than 100 recommendations for Cincinnati and Hamilton County to close a 40,000-unit gap in housing units needed but not available to extremely low-income households.

Cincinnati Councilman David Mann said all three reports will influence council’s actions when it tackles the Property Tax Working Group’s recommendations for residential tax abatements. He thinks that could happen as early as next month.

‘A predictable set of rules’

As the I-Team reported last September, the city’s aggressive use of tax abatements helped to finance billions of dollars in new real estate investments in the city since the 2008 recession and reverse a 50-year trend of declining population.

But within that renaissance came seeds of discontent:

The school board’s concerns were alleviated in February, when a new deal was struck that increased payments in lieu of taxes that developers must pay to receive tax abatements on commercial developments. The old deal called for developers to pay between 25% and 27%. The new deal raises that to 33%.

“For developers, the most important thing is having a predictable set of rules,” said Maly, CEO of Model Group. “Hopefully, if it’s done well, it would just drive more investment in places where it’s needed.”

‘Every corner of this city’ calling for abatement reform

Most of the reforms undertaken to date have involved abatements for commercial projects. The Property Tax Working Group has targeted its approach to residential development. And on that front, Cincinnati political leaders are eager to make some changes.

“Can we reduce the abatements for million-dollar homes? And that is a goal, and I support that as well,” said Cincinnati Mayor John Cranley. “There are tricky questions around, legally, around how to do that. But I think it’s worth pursuing.”

Mann, who recently announced his candidacy to replace the term-limited Cranley as mayor, said council will not let the coronavirus pandemic and calls for police defunding distract it from abatement reform.

“The question is what are we trying to accomplish?” Mann said. “There are only so many times and so many ways you can give away the taxes otherwise due. So, what is it that you want to achieve? If you say, I just want development. That’s one system. If you say, development that’s got affordable housing … Whether the tax abatement option is enough or whether it has to be a deeper public investment is kind of the question.”

Council members P.G. Sittenfeld and Greg Landsman recently proposed the development of a tiered system for awarding residential tax abatements that targets the biggest subsidies for neighborhoods or census tracts with the lowest median income and the highest rates of poverty, foreclosure and housing vacancy.

“We want everyone to be able to live in this city, so we need to do a lot more about affordable housing,” Sittenfeld said. “But also if someone wants to come and build a very expensive house in a more affluent neighborhood, we welcome them to the city of Cincinnati, too. But I think the logic is, should we be giving away precious city resources in the form of an abatement to someone who doesn’t need it?”

Landsman said he hopes council can follow up on the working group’s recommendations “quickly and with real intentionality.”

“That desire and need for reform is coming from every corner of this city,” he said. “From Republicans, Democrats, independents, Charterites. You’re hearing it from white, black and brown communities. It is an across-the-board issue.”

Gibbs said she hopes the working group will decide to recommend other changes, too.

She would like to see more robust abatements available for people who renovate historic buildings, work that can be prohibitively expensive depending on the condition of the property.

Gibbs also favors a proposal that would encourage the redevelopment of four-family properties scattered throughout the city, she said, especially if those buildings create more affordable housing.

“It could give us thousands of new units of housing,” she said. “Hopefully if not low-income, then affordable.”

Smitherman said he thinks the two biggest problems to address are the lot splits in neighborhoods like Hyde Park and Mount Lookout and how property is assessed when old homes are demolished and how the city can make abatement policy more fair for its most vulnerable citizens – older residents with limited incomes and people with disabilities.

How much is enough?

Ultimately, changes in abatement policy alone will not be enough to achieve all the objectives outlined by critics of the city’s use of its most popular incentive tool. Affordable housing is a prime example.

LISC’s “Housing our Future” report praises the city for establishing an affordable housing trust fund with proceeds from a tax on short-term rentals of properties on sites like Airbnb. But it also notes the fund only has about $700,000 available for local projects so far. The city revised its commercial abatement rules to allow a portion of a developer’s payments in lieu of taxes to flow to the fund. But Sittenfeld said affordable housing units can require subsidies of $100,000 to bring to market.

“Ten million dollars gets you 100 units,” he said. “You then put that in the context of these tens of thousands of units that are needed.”

Some of the Property Tax Working Group’s ideas will require changes in state law that could be difficult to achieve. For example, a new tax break for seniors isn’t likely to garner much support in the Republican-controlled legislature, said Rep. Bill Seitz, majority floor leader in the House.

“It’s just very difficult and cumbersome,” Seitz said. “A deferral is probably better than a discount because you’ll never get the discount back. And if you get a discount, the guy next door is going to pay more. The deferral, at least you get the money eventually, but then it’s an accounting mess.”

Seitz sees more potential for legislation to enable a housing court in Hamilton County, a long-coveted reform that’s endorsed by LISC, the Property Tax Working Group and the city in its December report on development incentives. In fact, he said, it’s “a reasonable possibility” to get enabling legislation passed this year.

“A Housing Court with appropriate focus and expertise would address structural process issues with nuisance issues, code violations, blight, and crime,” said the report. “Further, such a Court would serve to better safeguard the rights of tenants and low‐income property owners.”

Seitz said he dropped his opposition to the housing court last year after Hamilton County judges told him they wouldn’t oppose the idea and city officials addressed his concern that it could be used to force properties into Hamilton County’s land bank for redevelopment.

“I was satisfied based on the explanations I got from (new interim City Manager) Paula Boggs Muething and the mayor that this is not some new Draconian, star chamber court and it probably would be a good thing to add to the toolbox,” he said.

As families move into more expensive homes in Madisonville, Garrison said, she’s worried long-time homeowners will begin to get citations for home repairs they can’t afford to make, adding to the financial pressure to sell whether they want to or not.

“You know, whether it’s fair or unfair, that’s the way life is,” she said. “I really hope that we can figure this out. And how do we help those who want to stay in their home? That’s important to me.”

As the debate continues at city hall, Garrison said it could come down to neighborhoods helping their own.

“I would love to see communities say, ‘Look, Ms. Jones down the street really needs her porch fixed. I’ve got a hammer. You’ve got a saw. You’ve got paint. Let’s go help Ms. Jones,’” she said. “Is that an effort that we can begin to look at in this community and help those that want to stay?”