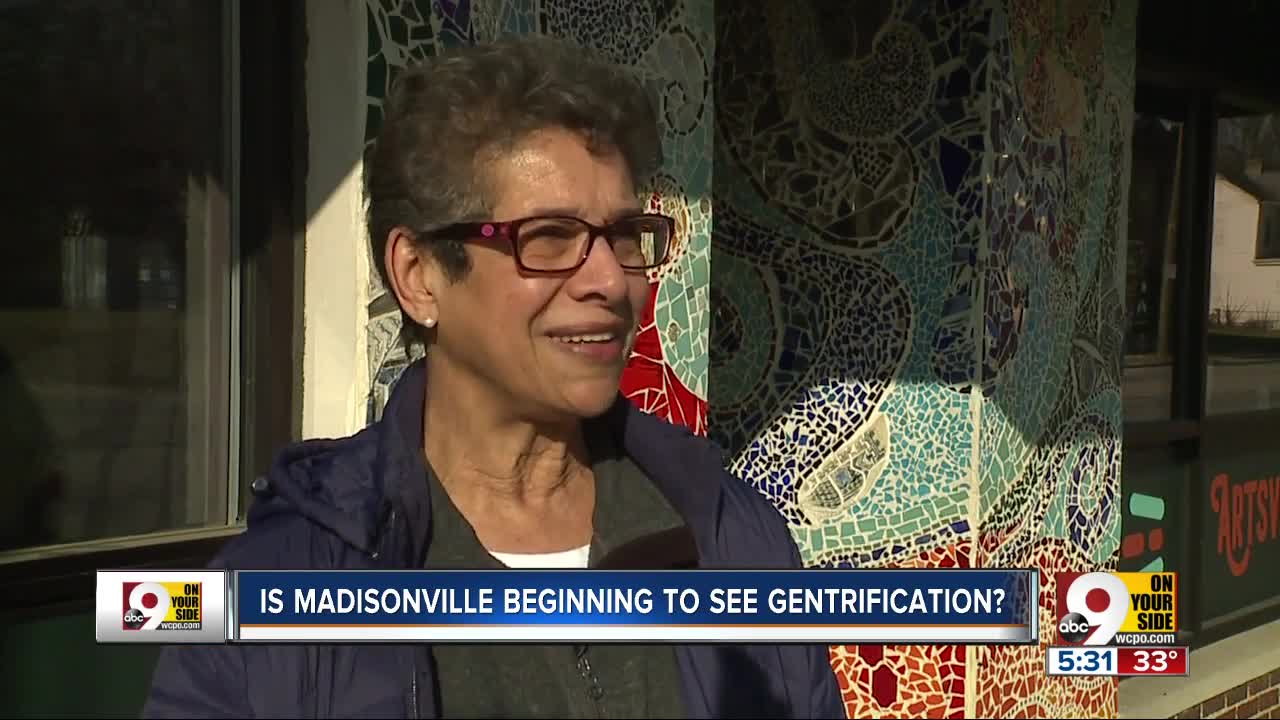 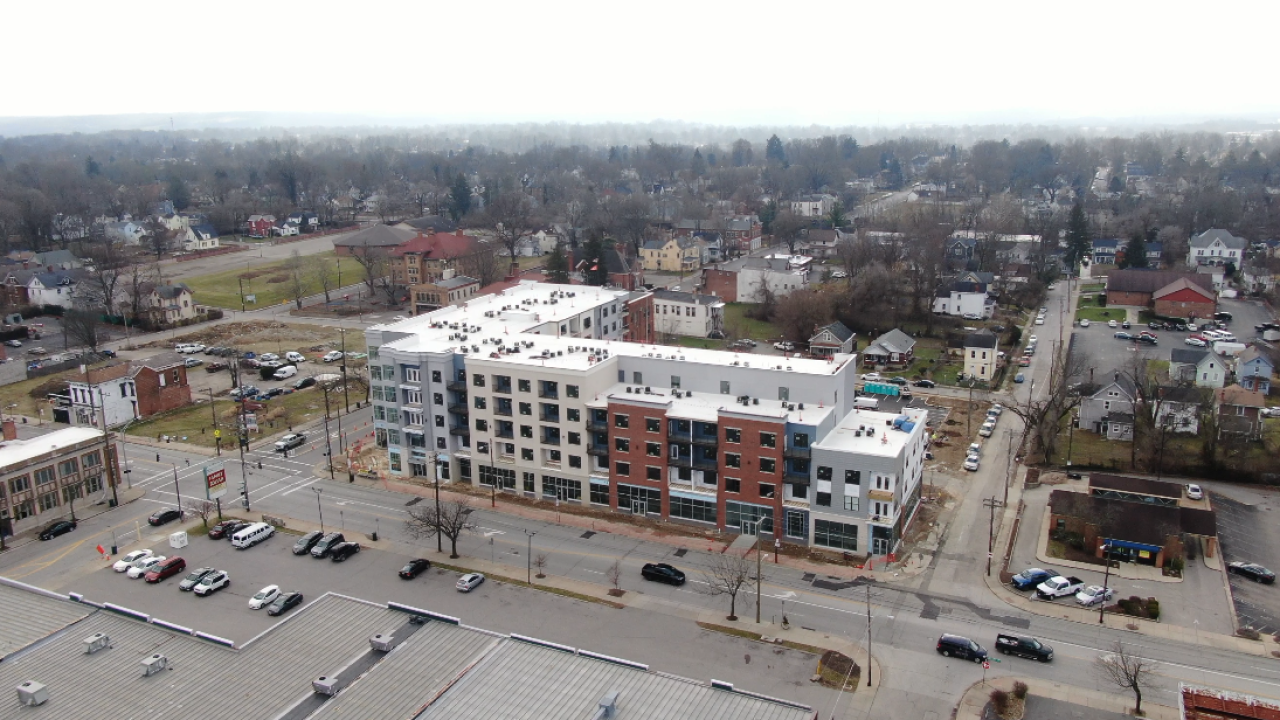 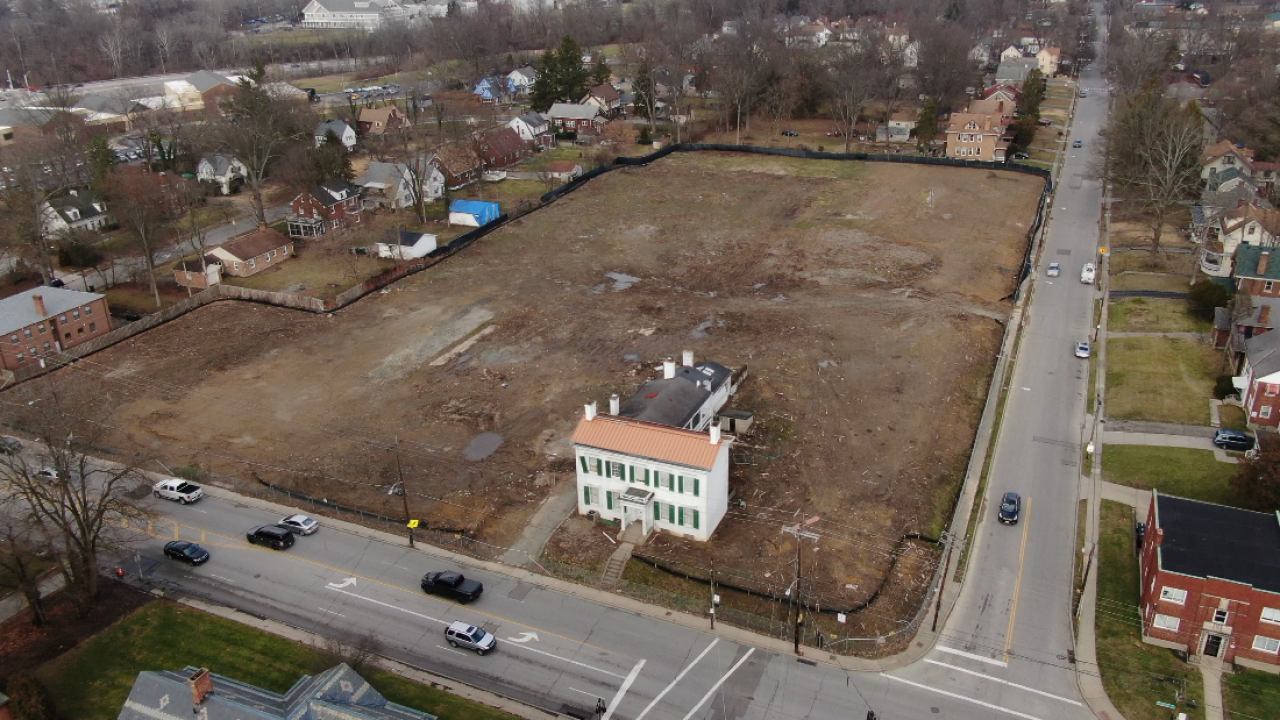 Kathy Garrison and her husband have lived in Madisonville for more than 60 years. Her business is steps away from a brand new apartment complex under development at the corner of Madison Road and Whetsel Avenue.

The intersection is considered the neighborhood's downtown center, but Garrison doesn't like what she sees out her window.

“We didn’t ask for 300-and-some-odd apartments at the corner of Madison and Whetsel,” said Garrison. “We asked for a small grocery, we asked for small card shop, a bakery, all of those things that make a community who we are.”

It has been nearly 20 years since downtown Madisonville has seen busy storefronts, according to community leaders, but the area is experiencing a building boom.

The neighborhood is buzzing with construction equipment and several developments underway.

Meanwhile, another 150-unit development by PLK Communities is planned at Madison Road and Stewart Avenue, just a few blocks away. Both will have mostly market-rate units, but some longtime residents are complaining that the new developments and other changes are making it too expensive to live in Madisonville.

She said Madisonville is an attractive neighborhood for developers and new residents. It is just off I-71 and Red Bank Road and fewer than 15 minutes from downtown Cincinnati, Mason and other areas of town.

Madisonville is also known for its diversity, but Botos said the changes are having a broad impact on her neighborhood.

“The one thing that’s always been amazing about Madisonville has been its diverse culture, the diverse socio-economic status. When you look at that across our entire neighborhood, you’re seeing those threads of gentrification here,” said Botos.

Affordable housing is scarce all over Cincinnati. Of the two new construction projects along Madison Road, only a few units have been designated with lower rents.

Those units are in the building on the Whetsel corner. Renters will need to have an income that is 80% or less than the area median income to live there, he said.

Garrison said she is also concerned that the shrinking availability of affordable homes in Madisonville is forcing people to make a choice.

“We have homes all over this community that are being torn down every day," said Garrison. "And they’re being replaced with a little bit more square footage and selling at $400,000 or $500,000. We see a real, what I’m going to call a flight of people who are leaving because they can’t afford to stay."

“It’s something we really don’t talk about, but it’s not a pleasant feeling," said Botos. "I’m a fourth-generation Madisonville kid, and I’m even anxious to see what’s going to be in store for my daughter down the road.”

Some development plans have caught residents off guard. For example, the Madison and Stewart project involves a property that includes one of Hamilton County's oldest homes, the Stewart House.

"It’s really kind of been stark because that was a working farm in the back and it was absolutely surrounded by some pretty large trees," said Strauss. “People had a lot of questions, a lot of concerns and they have been reaching out with the developers. There have been meetings of the stakeholders.”

Strauss and Botos say the Stewart House will not be torn down. The developer will apply for historic register status, according to Botos. Strauss said it will be used as a leasing office and club house for the development.

Meanwhile, developers have attended a number of community council meetings to go over their development plans in Madisonville and answer residents' questions. However, residents want to know what will Madisonville look like in the next few years.