'Our kids are getting the short end of the stick' 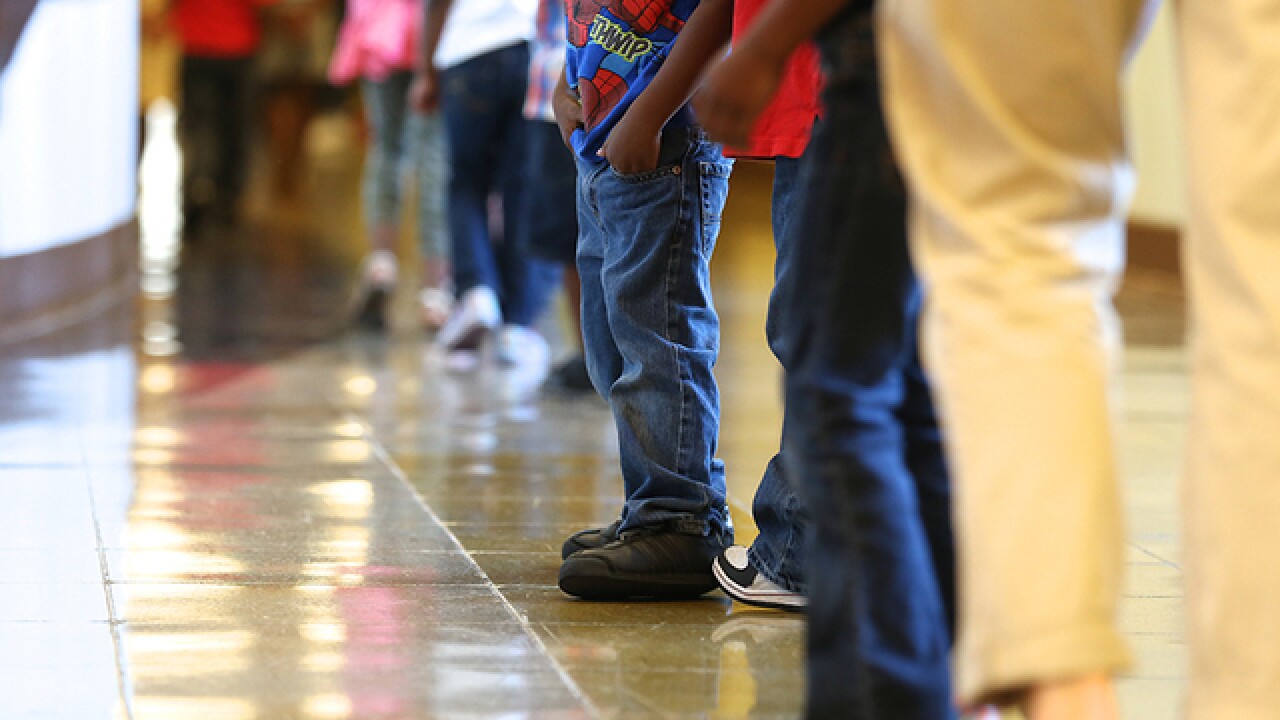 At issue: How taxes are paid on future economic growth throughout the city and how much funding public schools receive as a result.

Both the city and school district agree that growth is good for everyone, but school leaders and some community members are concerned a bad deal could benefit real estate developers at the expense of much-needed funding for public schools.

The question of whose best interests local business leaders would represent was up for debate Wednesday.

“We understand that both the City of Cincinnati and Cincinnati Public Schools recognize the importance of continued economic growth in our community and well-funded schools that provide strong educational opportunities for our children,” said the letter signed by Cincinnati Business Committee President Gary Lindgren and Cincinnati USA Regional Chamber CEO Jill Meyer.

School board Vice President Ryan Messer read the letter aloud during a public hearing Wednesday, drawing groans and boos from those in attendance.

A 1999 agreement between the city and the school district has governed how commercial tax abatements are handled in the city for the past 20 years. Under the terms of that agreement, city officials have had broad authority to grant tax abatements on a variety of economic development projects.

In exchange, the city has paid Cincinnati Public Schools $5 million per year to make up for the tax money that the school district would have received if the abatements didn’t exist.

The city also promised to pay for school nurses and crossing guards, but that hasn’t happened for the entire term of the deal, said Cincinnati Public Schools Board President Carolyn Jones.

“About a decade ago, in the tough economic times of the Great Recession, the city stopped paying for nurses and guards, and CPS assumed that financial responsibility,” she said during opening comments at the public hearing.

The 1999 agreement expires at the end of this year, and concerned citizens and nonprofit organizations have mobilized to encourage a new deal that would provide more money to Cincinnati Public Schools.

In remarks at the public hearing, Michelle Dillingham, the CEO of Community Shares of Greater Cincinnati and a leader of the Cincinnati Educational Justice Coalition, said Cincinnati’s public schools have been “sabotaged for years by policy makers who failed to fully fund them.”

“Public education funding and policy is anti-poor, elitist, racist, and we are here to demand the full funding of public education for all our children,” Dillingham said.

Her coalition recommended that any payment made to the school district as part of a new abatement agreement should be at least $15 million per year.

City representatives were not present at Wednesday’s meeting.

But Cincinnati City Manager Patrick Duhaney sent a letter dated May 7 to Cincinnati Public Schools Superintendent Laura Mitchell that was the subject of intense discussion.

In the letter and an attached analysis, Duhaney argued that Cincinnati Public Schools actually is better off with the abatement agreement than without it.

“The City is comfortable with or without an agreement,” Duhaney wrote.

It was a statement that Hyde Park resident Sue Mangan called a “take it or leave it approach.”

Cincinnati Public Schools general counsel Daniel Hoying and school board treasurer Jennifer Wagner disputed Duhaney’s analysis, questioning where he got some of his numbers.

Ultimately, school board members said they have more to study and discuss before deciding next steps.

Messer argued it could be helpful to have an independent third-party involved in the negotiations to look at the issue without preconceived notions.

School board member Eve Bolton said that might be true, but it should not be anyone compensated by the business community.

“The letter very strategically went to the two administrations, and those don’t have to be public meetings,” school board member Melanie Bates said. “Don’t think this is about public engagement.”

Whatever happens with the agreement needs to happen quickly, said board member Ozie Davis.

“These tax abatements are hurting the community more than anybody,” Davis said. “And our kids are getting the short end of the stick, if any stick at all.”

Click below to see the letters from Cincinnati City Manager Patrick Duhaney and from Gary Lindgren and Jill Meyer.