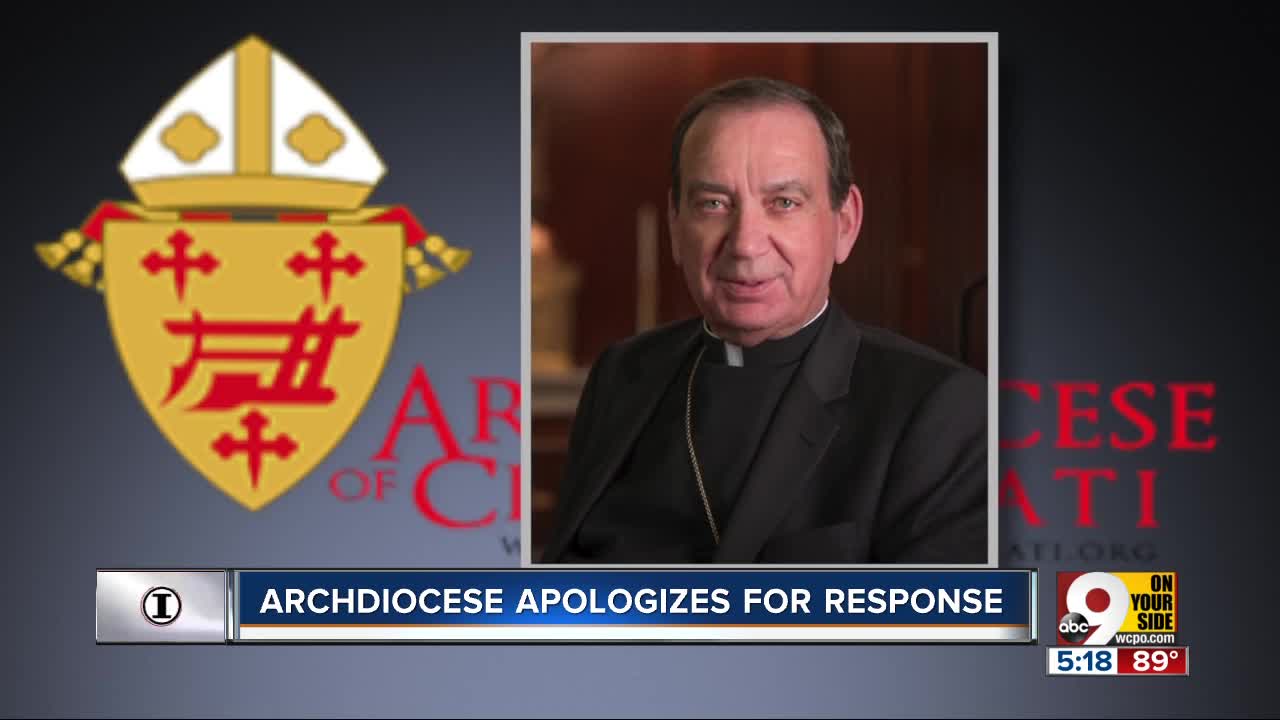 Parishioners first expressed concerns about Drew, who was prone to bear hugs, shoulder massages and inappropriate comments, in 2013. He was investigated twice. He wouldn't be suspended until this year. 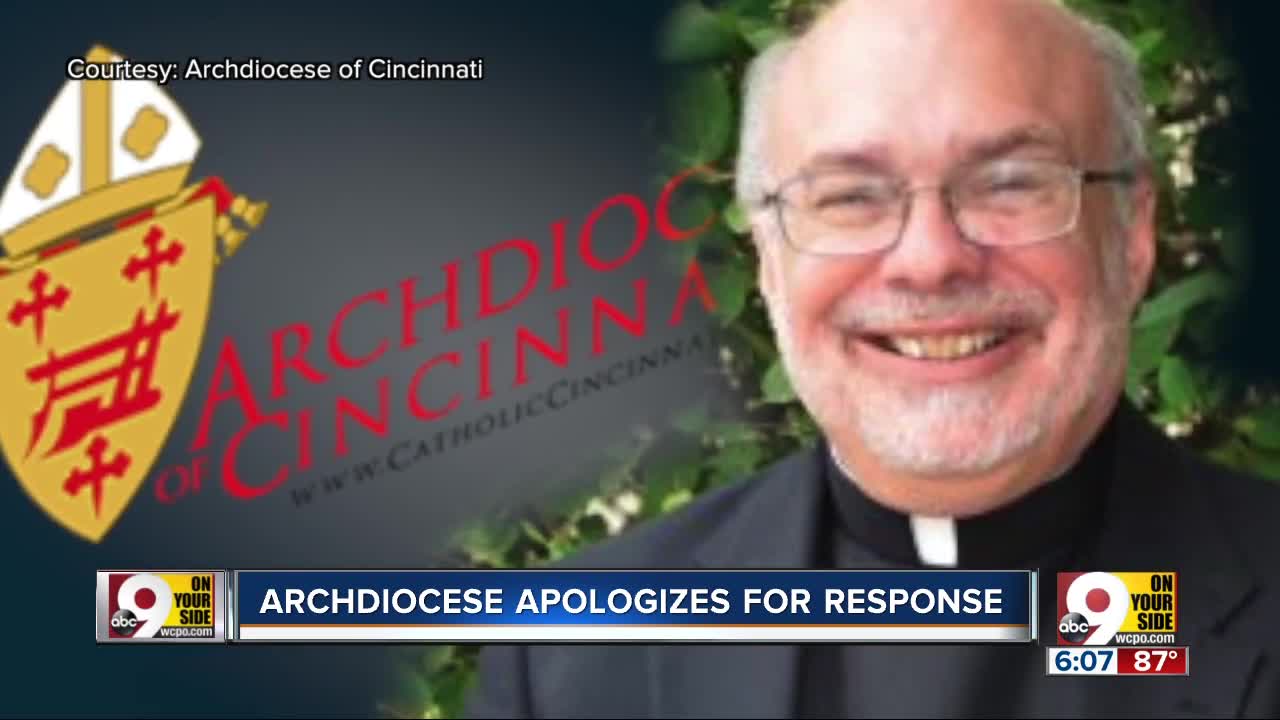 In a letter written to Archbishop Dennis Schnurr in August 2018, a longtime lay leader at Saint Maximilian Kolbe Parish told Schnurr he had failed to deliver on his promise of being "unequivocally committed" to children and that the church had ignored "red flags" about the Rev. Geoff Drew.

Drew stands charged with nine counts of rape and has pleaded not guilty to all. According to prosecutors, he repeatedly assaulted an altar boy over a three-year period from 1988-'91.

The alleged attacks took place in Drew's office at St. Jude Church, where he was the music minister. The victim, now 41, was 10 and 11 when Drew raped him, according to Hamilton County Prosecutor Joe Deters.

The WCPO I-Team first reported on the contents of the letter two weeks ago.

It was written by a mother of three children who attended St. Maximilian Kolbe in Liberty Township, where Drew was pastor from 2009 to mid-2018. When he left, he became pastor of St. Ignatius Loyola in Cincinnati, a parish with the largest Catholic elementary school in Ohio.

A month later, a Pennsylvania Grand Jury report revealed the names of 300 priests who had sexually abused children for seven decades. Archbishop Schnurr addressed the Pennsylvania report and emphasized his personal commitment to protect children on August 17, 2018, in a public letter to "Friends in Christ."

He added "the Archdiocese of Cincinnati is committed to transparency."

A few days later, the St. Maximilian lay leader wrote her letter to Schnurr and Binzer.

"What are we to do with these 'red flags' about Father Drew?" she addressed specifically to Bishop Binzer. "They were brought to your attention on many occasions and your response was to place Fr. Drew in a parish with the largest Catholic grade school in the state! I can't be the only one to see the irony in this."

The lay leader told Schnurr she experienced "anxiety and anger, distrust and frustration" after reading his comments, and that she had a "lack of belief in your commitment today."

The archdiocese referred the letter to the Butler County Prosecutor's Office.

It was the third time since 2013 that the archdiocese had forwarded complaints about Drew's conduct with teenage boys to Gmoser's office. Gmoser determined Drew's behavior was inappropriate but not criminal.

In an Aug. 7 interview with WCPO, Gmoser said he told the archdiocese Drew should be monitored and kept away from children.

Instead, as the Archdiocese admitted during a news conference Aug. 5, Drew was allowed to self-report his behavior to an outside monitor. The Archdiocese also acknowledged it didn't share any concerns about Drew with leaders in the St. Ignatius Loyola parish or school.