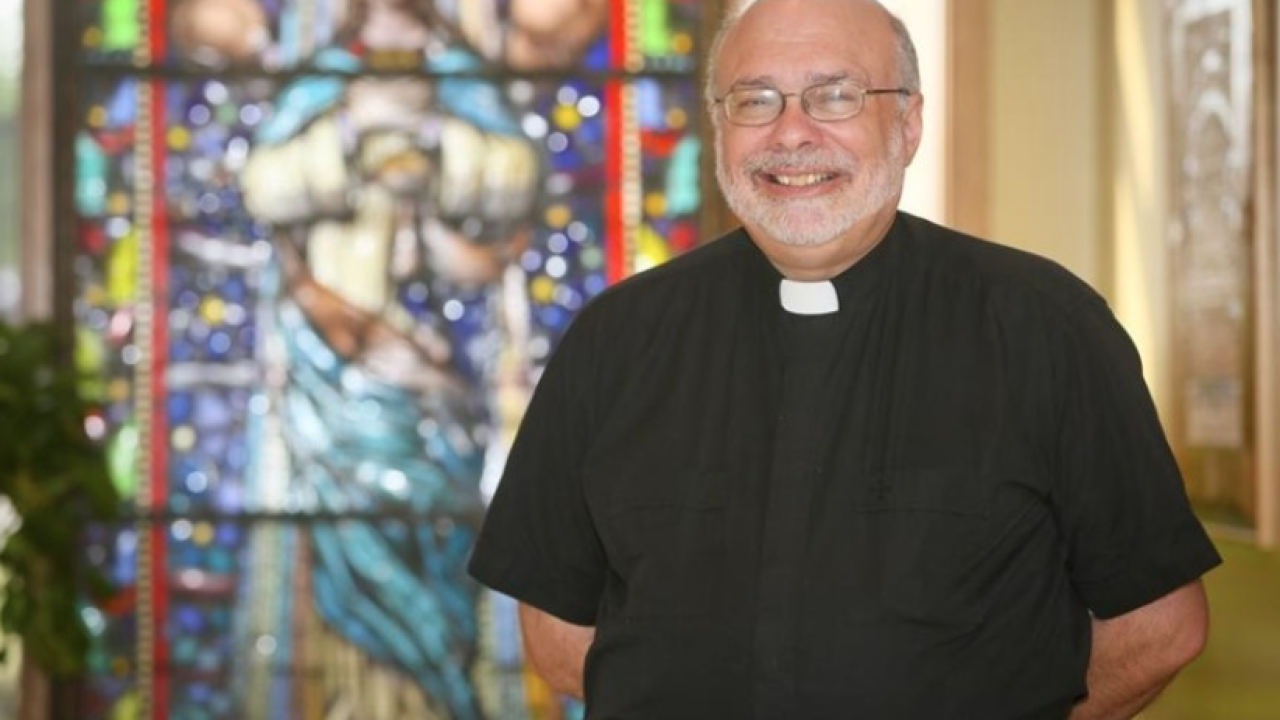 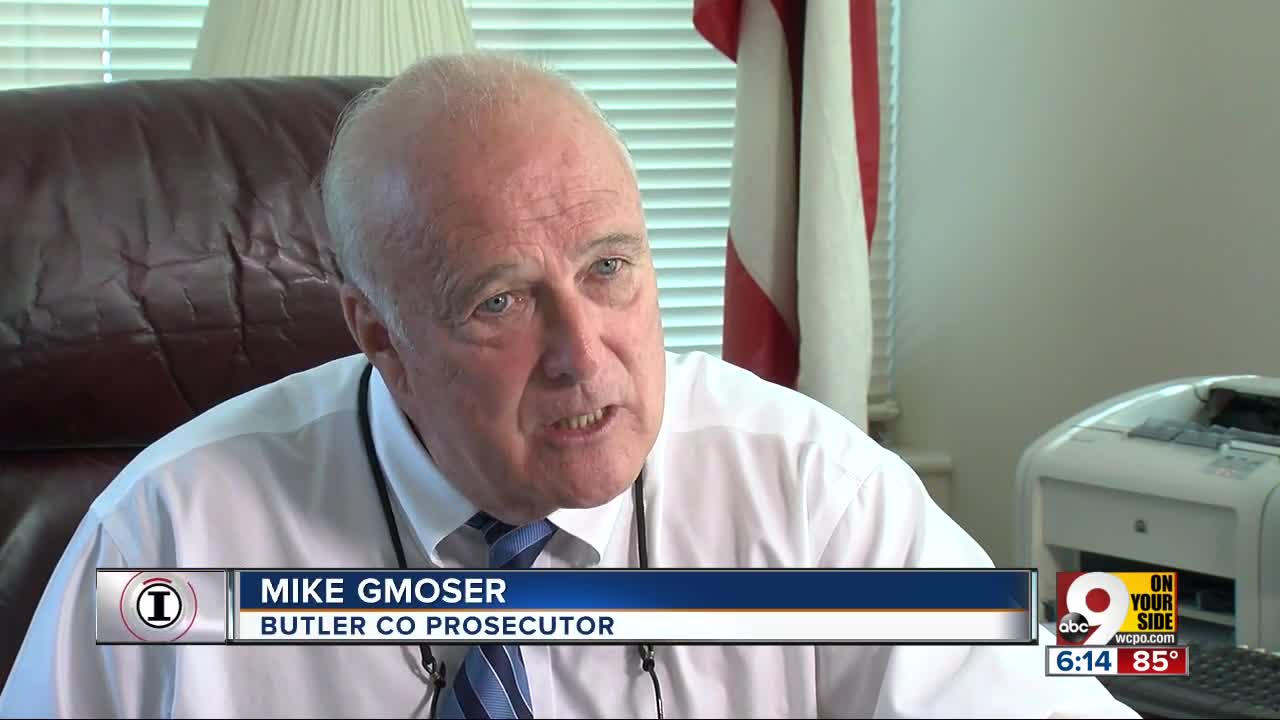 Butler County Prosecutor Mike Gmoser blasted the Archdiocese of Cincinnati on Wednesday for its admitted failure to actively monitor a priest repeatedly accused of inappropriate behavior with teenage boys.

"That sort of falls into the absurd category," Gmoser said from his Hamilton office. "Absurd -- or how about stupid?"

Gmoser said he told the Archdiocese in September 2018 that Father Geoff Drew, the Pastor of St. Ignatius Loyola Parish, should be monitored based on allegations that Drew touched and communicated with teenage boys in a sexually suggestive manner.

The Archdiocese had sent Gmoser a letter a month earlier that documented a woman's concerns about Drew's conduct while he was pastor at St. Maximilian Kolbe Parish in Liberty Township. Drew served there from July 2009 to June 2018.

It was the third time the Archdiocese had referred allegations about Drew to Gmoser's office since 2013, according to the prosecutor and the Archdiocese.

Drew's concerning behavior included “uninvited bear hugs, shoulder massages, patting of the leg above the knee, and inappropriate sexual comments about one’s body or appearance, directed at teenage boys,” according to a news release from the Archdiocese.

Gmoser determined none of Drew's actions were criminal, but they should still be addressed in a meaningful way.

That's why Gmoser said he suggested monitoring Drew at St. Ignatius, which had the largest school in the Archdiocese.

"I want the Archdiocese to act smart and not stupid," the prosecutor told WCPO.

The Archdiocese confirmed during a news conference on Monday that after receiving Gmoser's recommendation, it had not actively monitored Drew. Instead, the Archdiocese allowed Drew to self-report to a 'monitor' not connected with the parish.

The Archdiocese also admitted it didn't inform the school or lay leaders in the parish that it had concerns about Drew's conduct.

"We should have put much stronger verification in place, including telling certain St. Ignatius Parish and school leaders," Archdiocese Spokesman Mike Schafer said.

Officials with the Archdiocese of Cincinnati say they made “serious mistakes” in responding to parishioners’ concerns about Drew's behavior dating back at least six years.

Archbishop Dennis Schnurr provided new information Monday about what led to Drew’s leave of absence from St. Ignatius of Loyola, which began July 23.

The Archdiocese placed Drew on leave two weeks ago. Drew will not be allowed to return to St. Ignatius. The Archdiocese also placed him in a residential treatment center.

During the news conference on Monday, Schafer said Schnurr was not aware of Drew's conduct until August 2018, when he read the letter that was addressed to him personally and later forwarded to Gmoser.

Schafer said Bishop Joseph Binzer, the director of Priest Personnel, knew about the allegations against Drew since 2013, but he didn't share that information with Schnurr.

Binzer has been removed as the head of personnel, Schafer said.

Parishioners of St. Maximilian Kolbe, where Drew was pastor from 2009 until 2018, expressed concerns to the central office of the archdiocese in 2013 and again in 2015, according to a news release from the archdiocese.

Schnurr said Binzer addressed the issue with Drew, who said he would change his behavior.

The archdiocese’s central office did not receive another complaint about Drew until August 2018, a month after he had been assigned as pastor of St. Ignatius. His departure from Maximilian was not related to parishioners' prior complaints, according to the archdiocese; he had requested the switch himself so he could live closer to his mother.

In September 2018, at the recommendation of the prosecutor’s office, “Fr. Drew was asked to restrict his involvement with the school during the investigation and was assigned a ‘monitor,’” the release said.

It was in June that the central office received a complaint from a St. Ignatius family that Drew had texted their teenage son. That complaint was turned over to the Hamilton County Prosecutor’s Office.

“It’s obvious that in this matter we have handled things very, very poorly, made serious mistakes," Schnurr said in a statement. "And for that I am deeply, deeply apologetic. I’m deeply sorry. I’m sorry for the pain that this has caused so many people.”

Drew's treatment will include a physical, psychological and spiritual assessment at an independent in-patient facility. Schnurr said he will consider the assessment and recommendations from professionals in determining the next step in the investigation.

Schnurr on Monday identified two major flaws in the archdiocese's handling of the case:

Moving forward, Schnurr said there will no longer be monitored or restricted priests — instead, priests facing serious accusations will be put on leave pending investigation.

The archdiocese will also work on personnel and procedural changes to be announced in the near future.

Schnurr said Strategic HR will conduct an investigation of Drew's behavior spanning back to his employment as a music teacher at St. Jude Parish from 1984-1999.

“I want to ensure everybody that we have learned from this experience and that we are making necessary procedural and personnel changes that are, indeed, necessary to not repeat it,” Schnurr said.

“The Hamilton County Prosecutor’s Office attended the meeting with concerned parishioners from St Ignatius," Deters said in a statement. "We asked if anyone had information concerning criminal conduct to call our office or Green Township Police. The matter is under investigation.”

A previous version of this article had an incorrect file name on an image of Drew in a high school yearbook, leading to confusion about where he taught. The photo shows Drew at Elder High School. Drew has never been associated with Archbishop Moeller High School.