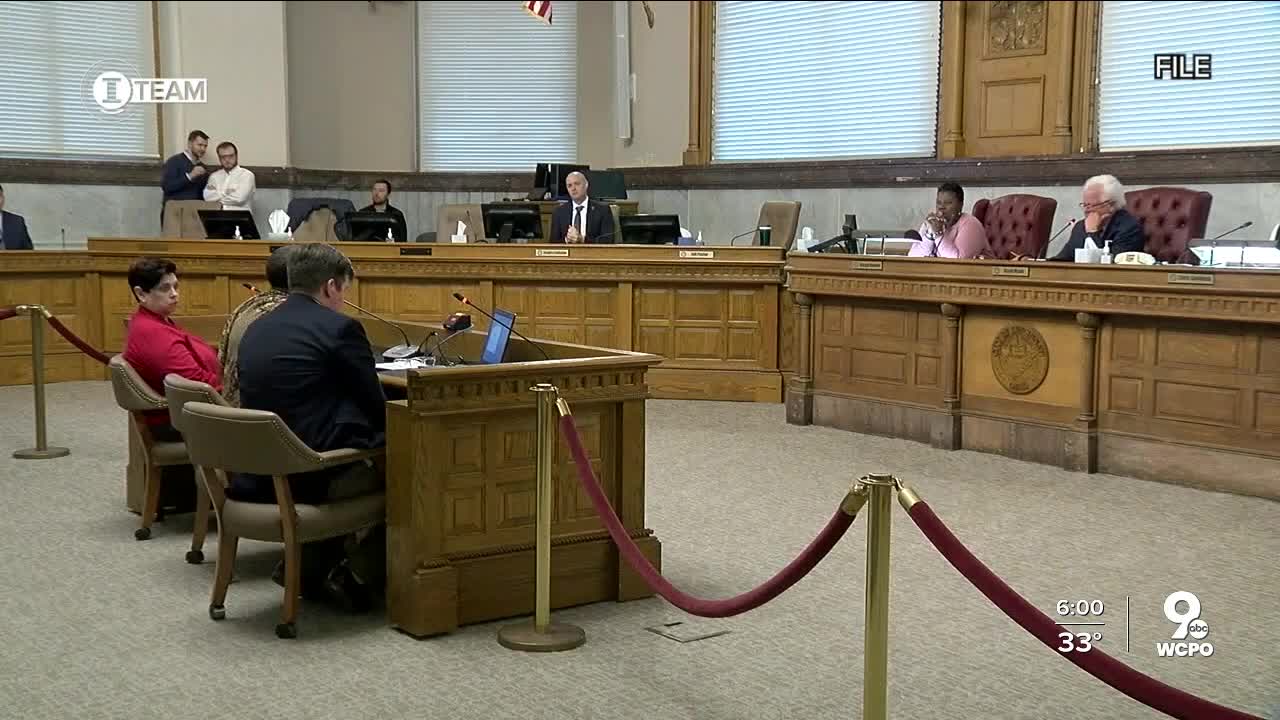 Cincinnati taxpayers could spend $132,891 on the salaries and health insurance for suspended City Council members Jeff Pastor and PG Sittenfeld over the next year while both await trial on corruption charges.

CINCINNATI — Cincinnati taxpayers could spend $132,891 on the salaries and health insurance for suspended City Council members Jeff Pastor and PG Sittenfeld over the next year while both await trial on corruption charges.

State law allows Pastor and Sittenfeld, whom the FBI arrested following separate grand jury indictments in November, to collect full salaries until their cases are resolved in court or their council terms expire at the end of 2021.

“I was surprised to learn that we continue to pay them," Councilman David Mann said. "And obviously their replacements would be paid also."

That means the city pays for the salaries and health benefits of the two new council members who will temporarily replace Pastor and Sittenfeld.

Hamilton County Probate Court Judge Ralph Winkler tapped Republican Steve Goodin to replace Pastor on council on Nov. 30. He has not yet decided on Sittenfeld’s replacement.

“Our challenge is to restore trust and give citizens a reason to believe in us again,” Mann said. “Obviously if we’re spending $132,000 the way we’re talking about here, that’s not a very encouraging development to try to explain to the voters.”

But attorneys for Pastor and Sittenfeld said their clients should not be forced to give up their elected council seats based on accusations alone.

"PG would love nothing more than to be serving the people of Cincinnati right now, and given his innocence, that is exactly what he should be doing,” said Sittenfeld’s attorney, Charlie Rittgers. “Ohio law recognizes PG’s presumption of innocence. It is the attorney general who initiated this process, which calls for a paid suspension and payment of an appointed interim member of council.”

Sittenfeld plans to return to his council seat, and “the sooner we achieve justice, the sooner PG will be back serving our community,” Rittgers said.

Pastor’s attorney, Ben Dusing, said a voluntary suspension is appropriate and fair to everyone under the circumstances.

“I understand that people may not be happy that it costs the city slightly more in the short term,” Dusing said. “But the long-term public interest in not allowing the system to be subverted to affect the illegitimate removal … of the people’s elected representatives, merely by accusing them, far outweighs the short-term cost.”

“Nobody, anywhere, ever likes double salaries," Niven said. "And the thought that the reason Cincinnati taxpayers are going to have to pay double salaries is because of corruption charges is even more infuriating."

City Hall has been under a cloud of scandal since the FBI arrested former Councilwoman Tamaya Dennard in February on charges that she accepted $15,000 in bribes from a developer for votes.

A week after her arrest, Dennard resigned, so her city paychecks stopped. She pleaded guilty to honest services wire fraud in June. A judge sentenced her to 18 months in prison last month but delayed her report date until spring because of COVID.

The fallout from the pay-to-play investigation continued in November when the FBI arrested Pastor on Nov. 10 and then Sittenfeld on Nov. 19 for taking thousands in bribes from developers in unrelated cases.

Days after Pastor and Sittenfeld’s arrests, Ohio Attorney General Dave Yost announced he would initiate suspension proceedings against them with the Ohio Supreme Court.

Several council members and Mayor John Cranley called on Pastor and Sittenfeld to resign. Instead, both voluntarily agreed to be suspended, which means they keep receiving paychecks.

This leaves Pastor and Sittenfeld in “a very uncomfortable position” as their criminal cases move through the federal court system, Niven said.

“If they stay on the council, they’re going to draw a salary for doing nothing, which is not a tag line anybody ever wants to run in their campaign, ever,” Niven said. “Voters have a very simple understanding of this. And they know in their own lives, they’re not paid to stay home while somebody else gets paid to do their job. Why should anybody else be?”

How long Pastor and Sittenfeld draw city paychecks depends on when their cases end in federal court. If both maintain their innocence and do not accept guilty pleas, it would likely be at least 18 months before their cases went to jury trial, according to local lawyers.

“There’s still a backlog of cases from early in the pandemic that the courts are trying to work through,” said University of Cincinnati law professor Donald Caster, who works with the Ohio Innocence Project. “You can easily see if a case used to take 12 months, it could take 18 months now for everything to work its way out to a jury trial.”

If either Pastor or Sittenfeld accept a guilty plea or are convicted by a jury, the city could go to court in an effort to recoup the salaries it paid to them during their voluntary suspensions.

But Mann believes the city may never get its money back.

“The city could be out that money permanently … I think we should expect that we will be, unfortunately,” Mann said.