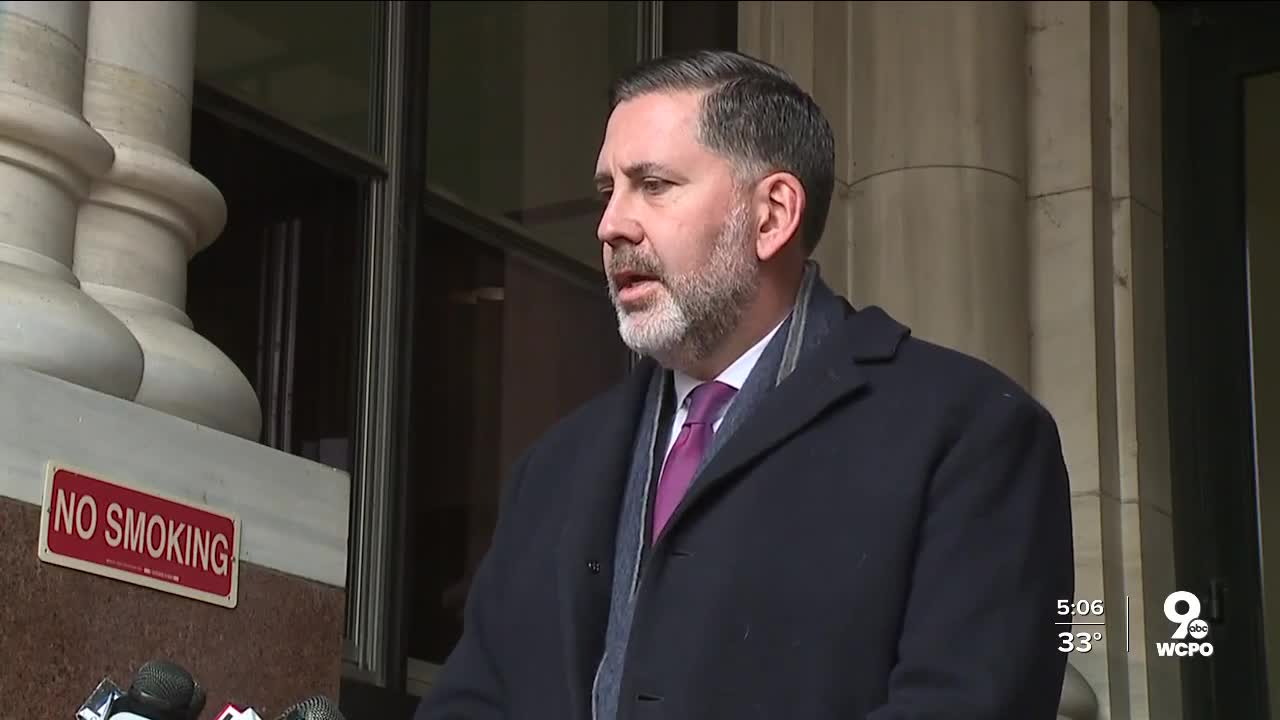 CINCINNATI — After he was sworn in to Cincinnati City Council on Monday, Steve Goodin said he looks forward to rooting out corruption at City Hall.

Judge Ralph Winkler appointed Goodin, a Republican, to take the seat of suspended Councilman Jeff Pastor amid accusations that Pastor took money in exchange for votes on council.

In a brief statement after he was sworn in, Goodin said he is not looking to advance any partisan agenda.

Goodin said his office would release a series of proposals to address corruption in the coming weeks.

Last week, a federal judge approved a temporary suspension for Pastor, pending the results of his trial on federal corruption charges. Pastor will continue to collect paychecks from his $65,000 annual salary while under suspension. Winkler appointed Goodin because it is his duty to do so under state law, since Pastor was suspended and did not resign.

Sittenfeld pleaded not guilty and has maintained his innocence.

Goodin is a commercial litigation lawyer at Graydon Law Firm and serves as chair of the board of trustees for the Center for Addiction Treatment, according to his bio. Goodin graduated from the University of Cincinnati College of Law in 1999.