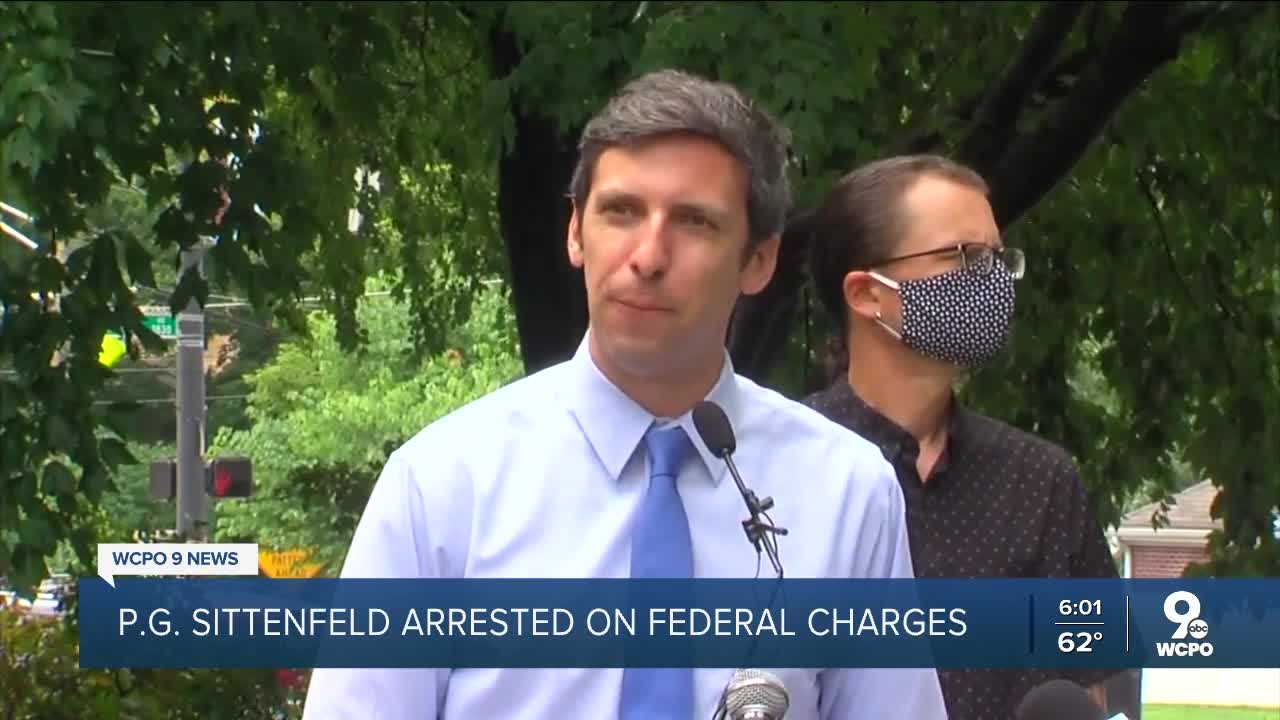 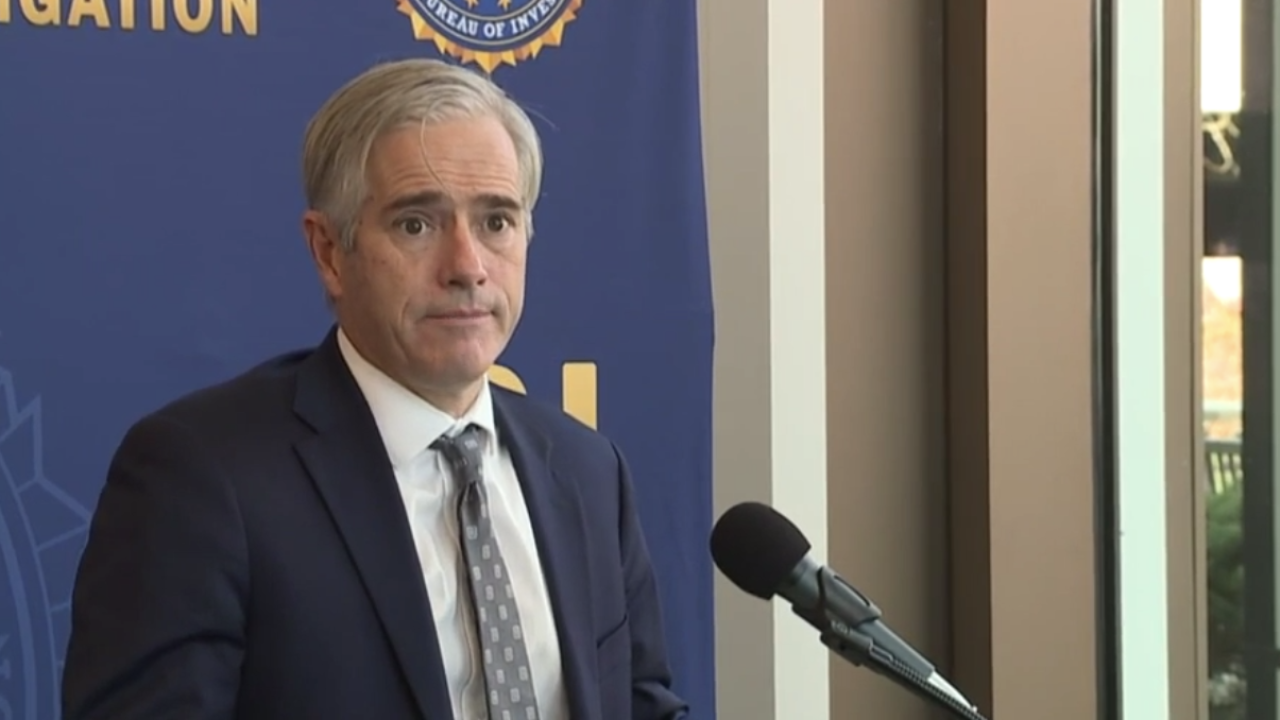 CINCINNATI — Cincinnati City Council Member P.G. Sittenfeld is accused of soliciting $40,000 in exchange for votes on a project, according to U.S. Attorney David M. DeVillers.

DeVillers announced the indictment Thursday at the Federal Bureau of Investigations office in Cincinnati. Agents arrested Sittenfeld at about 9:30 a.m. at his home, DeVillers said.

Sittenfeld, a Democrat, is accused of accepting eight checks in 2018 and 2019 while promising to “deliver the votes” in regard to a development project. Officials said Sittenfeld “corruptly solicited” payments and received them in a PAC (a political fund).

Officials said Sittenfeld promised to deliver votes in Cincinnati City Council in November and December 2018 in support of a development deal in exchange for four $5,000 contributions to his PAC. Sittenfeld accepted four more checks in September and October 2019.

According to the indictment, when asked how he wanted to receive the money, Sittenfeld said, “I do have a PAC that one, no one’s like snooping around in who’s giving that there, I mean I think frankly a lot of people don’t even know I have it. Any LLC or individual can give up to $5,000 to that.”

Sittenfeld presented data to undercover agents posing as investors to show that he is politically popular in the city and that he is likely to be the next mayor, the indictment said. Sittenfeld announced in July that he planned to run for mayor in 2021.

He told the undercover agents that he “can move more votes than any other single person…,” according to the indictment. In December 2018, Sittenfeld said, “Don’t let these be my famous last words, but I can always get a vote to my left or a vote to my right.”

Sittenfeld was elected to Cincinnati City Council in 2011 at the age of 27. At the time, he was the youngest person to have been elected to city council. Sittenfeld was re-elected in 2013. In 2015, he campaigned for Rob Portman’s Senate seat but lost the Democratic primary to ex-governor Ted Strickland.

The indictment includes pieces of recorded conversations between Sittenfeld and a cooperating witness, former Cincinnati Bengals player and developer Chinedum Ndukwe, along with two undercover federal agents posing as investors.

Sittenfeld solicited money in exchange for favorable votes on a project Ndukwe hoped to develop, a building formerly known as Convention Place Mall at 435 Elm St., the indictment said. Pastor is also accused of accepting bribe money from Ndukwe for votes on the same project.

Sittenfeld said he could use zoning codes in Cincinnati to create a controlled environment so the project could have sports gambling, DeVillers said.

DeVillers said he is not aware of any conversations between Sittenfeld and Pastor in regard to the development.

Asked on Wednesday whether Sittenfeld has ever been offered a bribe, his chief of staff, Chris Dalton responded, "No, P.G. has not."

Pastor is accused of taking $55,000 in bribes over the course of about a year in exchange for votes related to development projects in the city. His attorney, Ben Dusing, said Pastor is not sure whether he'll resign.

Sittenfeld tweeted a day after Pastor's arrest, calling for his resignation.

This is a sad day for our city. If the allegations are true, a new member of Council needs to be appointed to move forward with the many pressing issues facing our community. My prayers go out to Councilmember Pastor’s family.

The arrests of Pastor and Sittenfeld mark the second and third time a sitting Cincinnati City Council Member has been arrested this year.

“Tamaya Dennard has not provided any information to the Government regarding conduct of other elected officials, including Jeff Pastor and PG Sittenfeld. Tamaya was as surprised as the rest of the general public upon hearing about the charges brought against Pastor and Sittenfeld.”

Council Member Betsy Sundermann issued a statement, saying the culture of corruption is “real” and “has infected” City Hall.

“On Monday, I announced actions to curb corruption. With yet another violation of the public trust, I will be looking at even more ways to restore faith in city government. To do this, however, we need to clear out those responsible for deteriorating the integrity of government. While I believe in the presumption of innocence, P.G. Sittenfeld needs to resign immediately and fight his case outside the walls of City Hall.”

“We have a lot of work to do to restore public trust, and the comprehensive reforms I’m fighting for are needed now more than ever. The people of Cincinnati deserve to know that their government is working for them.”

Special agent in charge Chris Hoffman said some Cincinnati City Council members are “drinking from the same cup, this culture of corruption.”

“I think Cincinnati’s got incredible potential, it’s an incredible place to live and we need honest politicians governing our cities,” Hoffman said. “The people of Cincinnati deserve that.”

WCPO has reached out to Sittenfeld's office for comment.