John Klosterman owns most Sedamsville real estate, and he hasn't treated it well. 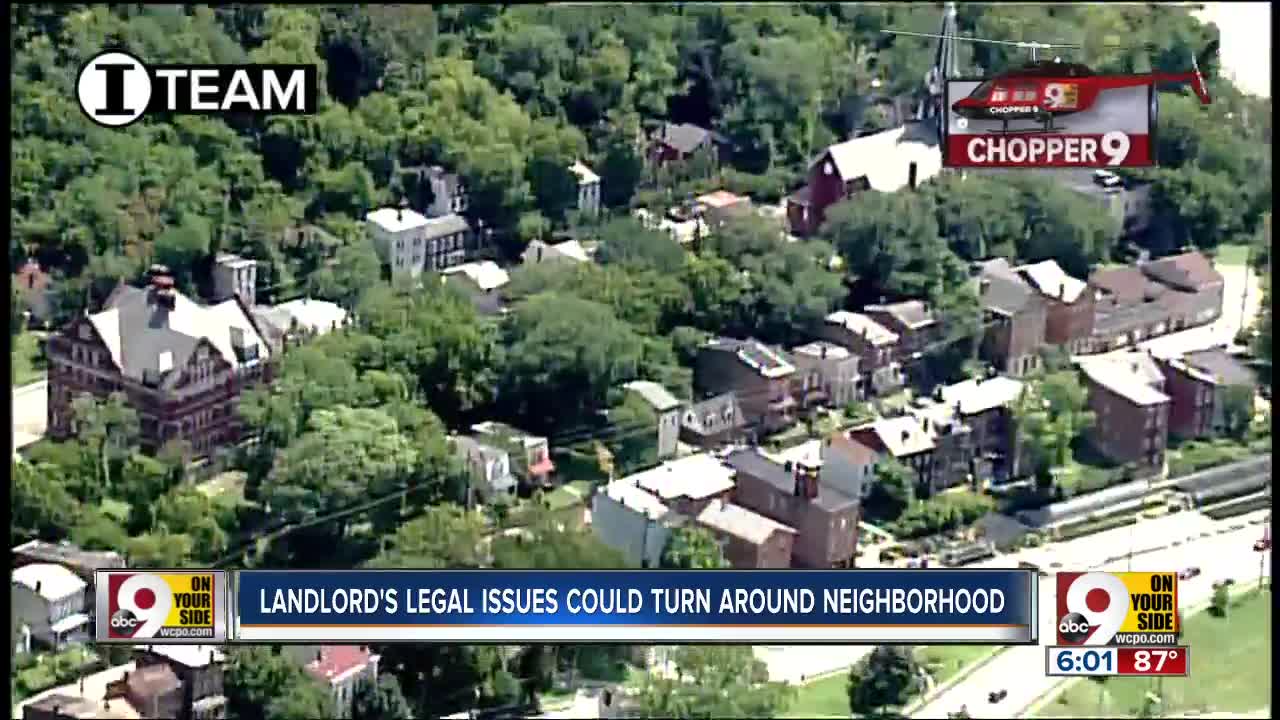 CINCINNATI — Cincinnati landlord John Klosterman's growing legal and financial problems are forcing him to sell the real estate empire he has built in Sedamsville, one of the city's smallest and most neglected neighborhoods, according to court records Klosterman filed.

Klosterman needs to sell about 70 lots and dozens of buildings to pay a $578,801 court judgment against him for unpaid taxes, code violation fines and fees, according to court records.

The neighborhood won't miss him if he does, according to former Sedamsville Community Development Corporation executive director Seth Walsh.

"John Klosterman leaving Sedamsville would be probably the greatest thing that's happened to them since Pete Rose," Walsh said.

Sedamsville, the birthplace of Reds legend Pete Rose, is a historic West Side neighborhood located near downtown and sporting direct access to the Ohio River.

Walsh said if Klosterman's real estate is in the right hands, it could be a "golden opportunity" to transform the neighborhood.

"Sedamsville's problem is the neighborhood is pretty much controlled by a slumlord," he said.

WCPO began investigating Klosterman's business practices two years ago. He has declined several requests for an interview in that time.

The decay of many historic buildings in the neighborhood, particularly those owned by Klosterman, has been documented in detail by city building inspectors.

"He's not helped this neighborhood," Sedamsville homeowner Dawn Sheaf said as she pulled weeds from her flower garden. "If anything, he's destroyed it."

Sheaf and her husband bought a home in Sedamsville in 2017.

"It's the neighborhood I grew up in," Sheaf said. "I've seen this neighborhood at its best and I've seen it at its worst, and right now it's at it's worst."

The city of Cincinnati has used tax incentives, private partnerships and even established special business districts to turn around the Over-the-Rhine neighborhood and other communities.

In the Evanston neighborhood, the Port Authority's REACH program — Rehab Across Cincinnati & Hamilton County — has "acquired, renovated and sold twenty-nine historic single-family homes" in blighted areas, according to the REACH website.

The Hamilton County Land Reutilization Corporation, also known as the Landbank, developed the REACH initiative and funded it with delinquent tax assessed funds from Hamilton County.

"REACH Evanston has restarted the neighborhood’s housing market," according to the Port Authority. The 29 homes sold for between $79,000 and $275,000.

Walsh believes REACH could have a similar impact in Sedamsville, which currently doesn't have a business district.

"A lot of neighborhoods that you see transforming these days are based on businesses districts," Walsh said.

The city released an 85-page Community Development Plan for Sedamsville in 2003 that provided a detailed profile of the neighborhood and some of the potential transformations that could dramatically improve it.

The Cincinnati Department of Transportation and Engineering and the Office of Architecture and Urban Design prepared the plan.

It featured artists' renderings of new public spaces, multi-level sidewalks and a "village development" in the neighborhood's core, the area that Klosterman owns.

Walsh said he believes the small neighborhood, mostly hidden off River Road, became a much lower priority than other Cincinnati communities, where the demand and potential payoff were greater.

The I-Team has spoken with developers who declined to publicly discuss their interest in Klosterman's real estate, but it's clear there's a market for Klosterman's holdings if the price is right.

Klosterman said in his bankruptcy case that he had little interest from buyers when his properties were listed locally for $1.2 million.

A month later, during a July 23 hearing in Hamilton County Property Court, Klosterman told Municipal Court Judge Bernie Bouchard that he will "reduce the price until we get rid of them."

Klosterman's problems far from over

In addition to the $578,801 court judgment, Klosterman is on probation in four criminal property neglect cases, according to the City Prosecutor's Office. His next hearing in Hamilton County Property Court is Aug. 20.

Federal prosecutors filed a civil complaint against Klosterman and his wife, Sue, last year, accusing John of engaging in "severe, pervasive and unwelcome sexual harassment" against female tenants on the basis of their sex dating back to 2013.

At least a half-dozen victims allege Klosterman touched them without consent and offered to lower their rent or excuse late payments in exchange for sex, according to U.S. Attorney Ben Glassman. The complaint also accuses Klosterman of evicting female tenants who refused to comply with his demands.

The Klostermans filed for Chapter 13 bankruptcy protection on May 10, just days before Sue Klosterman was scheduled to testify under oath in a deposition for the federal Fair Housing case.

Federal prosecutors alleged the Klosterman's timed the bankruptcy filing to delay the civil case against them.

If the Klostermans are found found guilty of violating the Fair Housing Act, they could be ordered to pay damages to the alleged victims who rented from them.

In Burks' May 24 motion in federal court, she accused the Klostermans of failing to include 38 properties among their assets; Klosterman insisted he hadn't hidden his assets.

U.S. Bankruptcy Judge Jeffrey Hopkins dismissed the Klostermans' petition on July 1 because it was "filed with a lack of good faith." The judge also barred the Klostermans from filing for relief in bankruptcy for six months.

The legal actions, debt and increasing uncertainty about his future appear to have taken a toll on Klosterman, who pushed me on July 23 as the I-Team pursued him for comment.

Many Sedamsville residents and city leaders said it has taken a long time to get to this point.

But Sedamsville — the birthplace of Pete Rose — may soon be ready to finally play ball with developers.