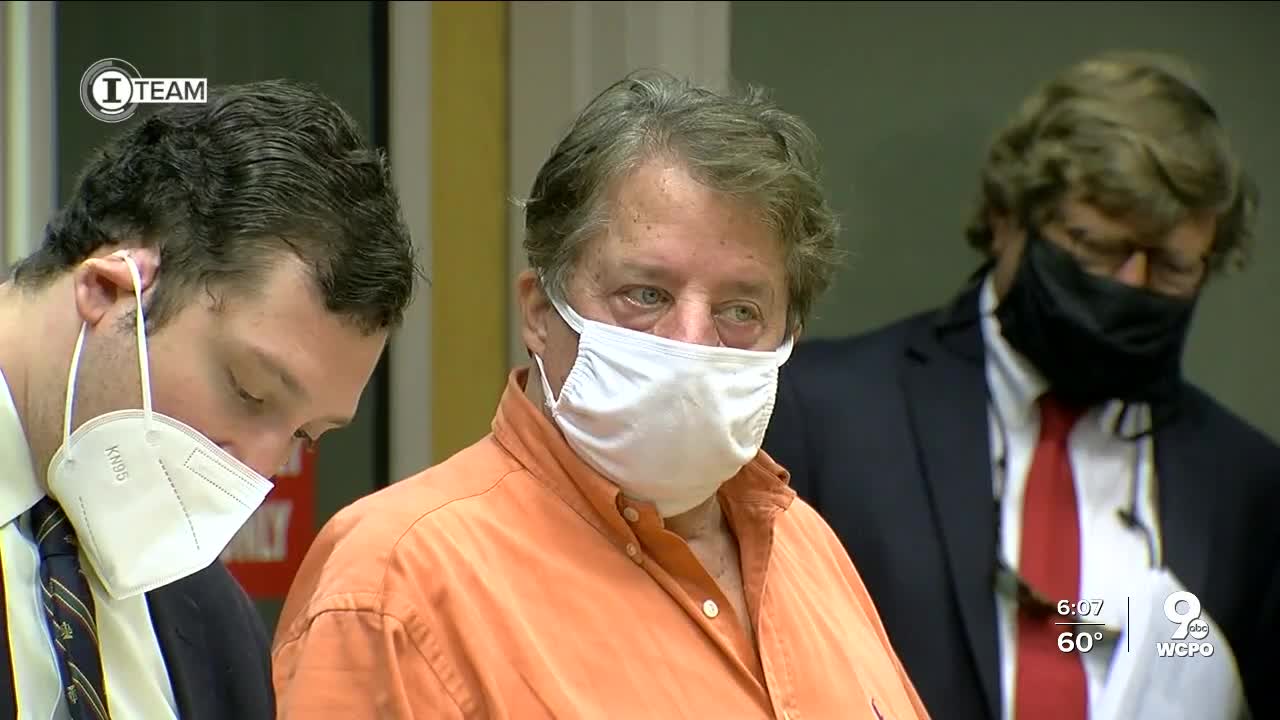 Cincinnati landlord John Klosterman was arraigned Thursday on charges he stalked a woman tenant in violation of a court protection order requiring him to stay away from her. CINCINNATI — Longtime Cincinnati landlord John Klosterman was charged Thursday with stalking one of his female tenants while he was under a court protection order to stay away from her.

Assistant Hamilton County Prosecutor Dave Wood said it was the fourth time during the last two months that Klosterman, 71, had been charged in incidents with the same woman. She's not the first female tenant who claims Klosterman has persisted in unwelcome, inappropriate contact.

Prosecutors charged Klosterman with menacing by stalking on Sept. 22. On Oct. 1 and Oct. 16, they charged him with violating the court protection order.

On Thursday, Klosterman was charged again with menacing by stalking and violating the protection order.

"I live in fear," said the woman who accused Klosterman of stalking her. "I can't feel safe in my own home."

The WCPO 9 I-Team agreed to not identify the woman because she's an alleged crime victim who is afraid, and she believes that she's less at risk in her own neighborhood if we don't identify her.

"I'm so stressed out," she said through tears. "Recently, I woke up and I'm just pulling my eyelashes out in my sleep. And the thing is, he just laughs about it. He thinks he's not doing anything wrong."

Klosterman's most recent charges arrived one month after he and his wife, Sue, reached a Consent Decree with the United States Attorney's Office that bans them from renting or managing residential rental properties.

Under the Consent Decree, the Klostermans are also required to pay $167,000 to 20 other women who said John violated the Fair Housing Act by sexually harassing them while they rented from him.

The I-Team has been investigating the condition of Klosterman's rental housing for years.

In 2016, a judge sentenced Klosterman to 60 days in jail for his "willful disregard" about a "hazardous" property he owned.

According to court records, a receivership controls dozens of Klosterman's properties because he failed to pay a $578,000 court judgment for unpaid city taxes, violations, fines and fees.

Kissinger set Klosterman's bond at $150,000 and will require him to wear an electronic monitoring device.

Klosterman's alleged victim said she's trying to find a new home, but it's difficult during the pandemic.

Kissinger said the probation department will place a device in the house she rents from Klosterman that will immediately alert officers if Klosterman is within a two mile radius of her home.

"I do feel a little safer with that," she said. "At least if he comes in the area, I'll know."