As Beckjord power plant waits for demolition, how worried should we be about our drinking water? 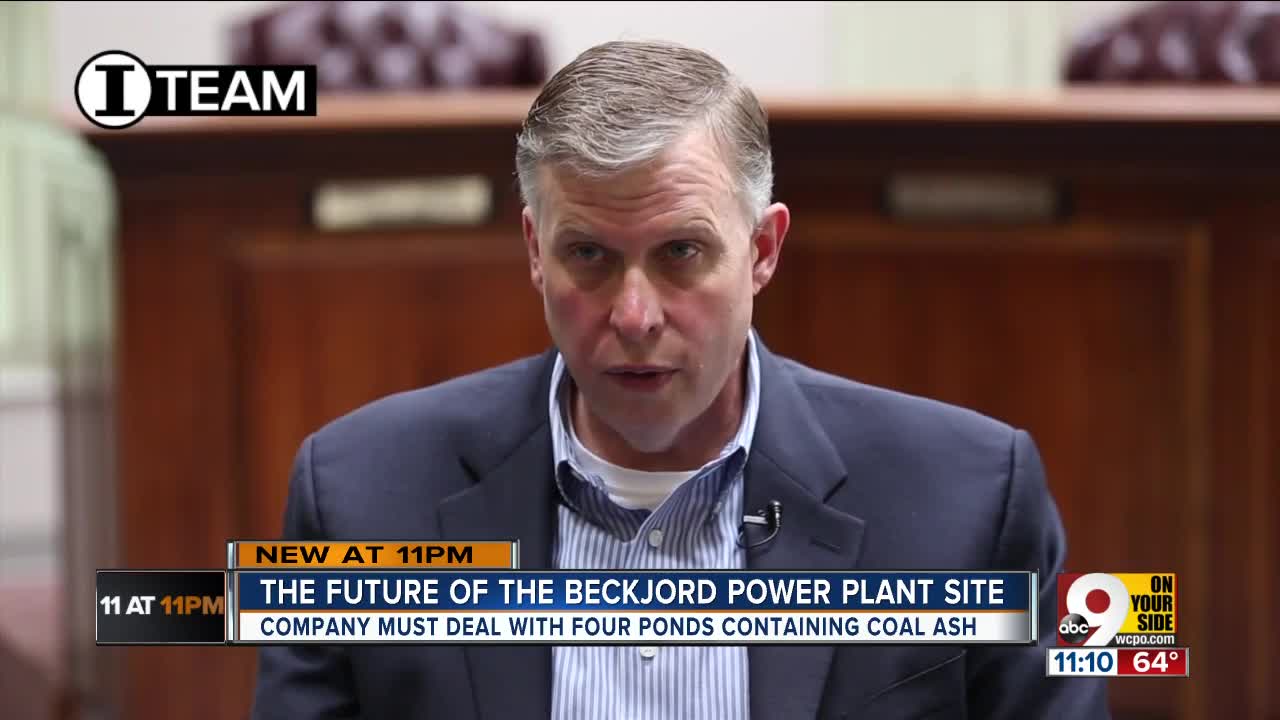 The Beckjord Power Plant, once among Clermont County's most reliable employers, sits empty and ready to be torn down. Nearby ponds, however, still bear the mark of its history: Coal ash, a hazardous substance produced when coal is burned to generate electricity. Everyone in Clermont County wants to see something new in Beckjord's place, but it needs to be demolished carefully, or its coal ash ponds could leak into the Ohio River and impact thousands of people's drinking water. 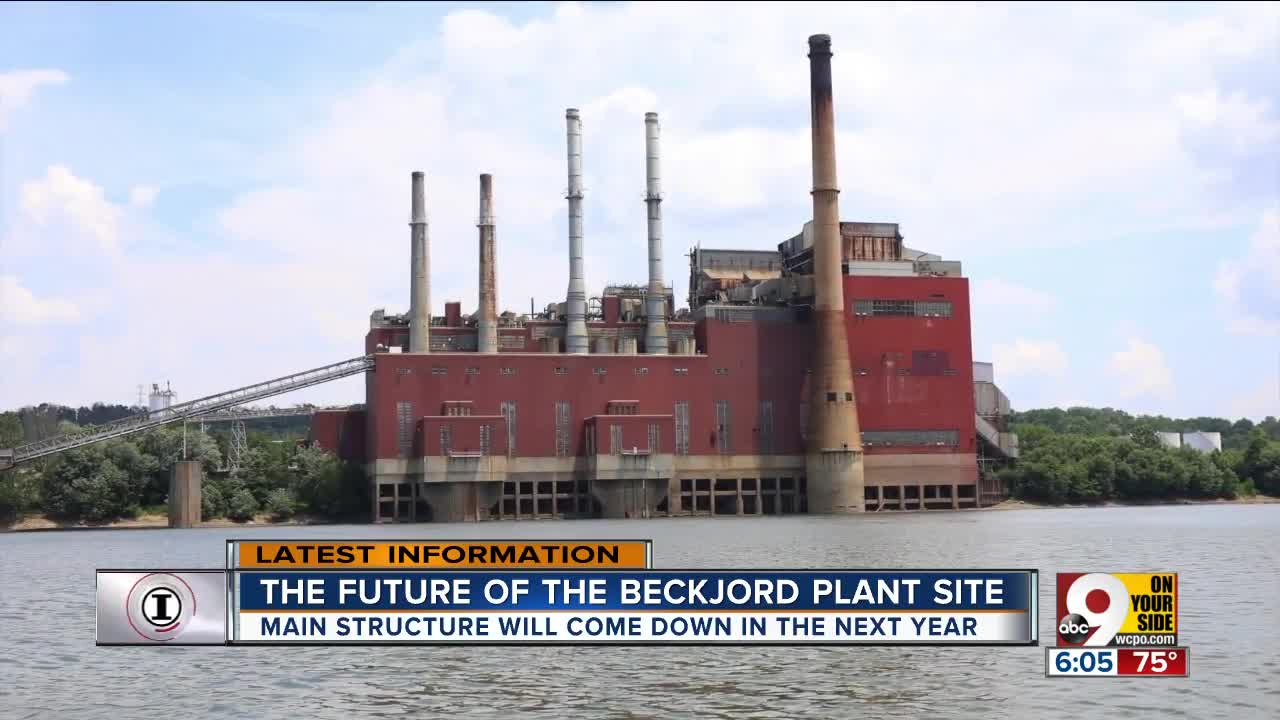 NEW RICHMOND, Ohio — For decades, the towering smoke stacks of the former Walter C. Beckjord power plant have cast a shadow across the banks of this small Ohio River village.

Built in the 1950s as a coal-burning behemoth, the plant pumped electricity to hundreds of thousands of homes and businesses across Southwest Ohio while employing thousands of area residents.

The economic boost, however, was a “double-edge sword,” said Greg Roberts, Village of New Richmond Administrator.

“It provided lots of jobs, a strong tax base for the school district," he said, "but the by-products of a coal station, we’ve had to live with those."

Of course today, the jobs and power that Beckjord produced are long gone.

Left behind is something much less desirable: An estimated 10 billion pounds of coal ash dumped into four man-made ponds along the Ohio River – a source of drinking water for more than 5 million people.

RELATED: Could toxic ponds on the Ohio River force us to live off of bottled water?

Coal ash is the by-product of coal that is burned to produce electricity. It is also known to contain hazardous chemicals including sulfuric acid, lead, mercury and arsenic. With plans to redevelop the site actively under way, local officials say they have big concerns about the ongoing threat the hazardous ponds pose to local drinking water sources.

“If those things were to leak into the Ohio River – that’s a significant concern,” said Allen Freeman, Pierce Township Trustee and area resident for 14 years.

Most worrisome: At least one coal ash pond has a history of leaking and polluting nearby groundwater – causing Clermont County to shut down a public water well that served thousands of residents.

“There are (other) water wells that are adjacent to this piece of property,” Freeman said. “That is something we are tremendously concerned about.”

‘Devil’s in the Details’

If all goes as planned, the hulking power plant at Beckjord will be fully demolished in the next year, according the property’s owners Commercial Liability Partners, or CLP.

The company purchased the site from Duke Energy last year. Last month, it tapped an outside development firm Walbridge to scout out redevelopment opportunities for the 170-acre site. It has also submitted plans to the Ohio Environmental Protection Agency to begin remediating the property – a process that could take at least four more years. Nationally, the U.S. Environmental Protection Agency established new federal standards for how coal ash should be managed and properly closed in 2015.

RELATED: Could toxic chemicals along the Ohio River be a danger to our drinking water?

Beckjord was closed by Duke Energy in 2014, which means rules crafted specifically to protect groundwater near coal ash ponds and monitor it long term don’t apply at the property.

Instead, the coal ash ponds at Beckjord fall under a limited set of Ohio laws that call for closed ponds left in place. Then water must be removed from the ponds, and they are capped.

So far, CLP has not submitted full plans for how they propose to fully close any of the ash ponds.

It has, however, submitted plans to remove coal ash buried in a pond known as Pond A that’s closest to the Clermont County water well field.

It’s the oldest ash pond on the site and has no standing water. Over the years the pond dried up – turning into mound overgrown with trees. In recent weeks, contractors began removing the trees, with longer term plans to dig out the buried ash and haul it across the site to dump into another ash pond, known as C Extension. That pond – as with all ash ponds on the property – has been given a “significant hazards” rating by the U.S. Environmental Protection Agency based on the “potential for environmental damage” should the impoundments break open.

For its part, CLP says its long-term focus “continues to be on the finalization of the remediation and preparation at the site to best position it for redevelopment for the community,” a spokesman for the developer told WCPO.

Officials with Clermont County told WCPO they’ve asked that CLP and the Ohio EPA to ensure:

“The devil’s in the details,” Freeman said. “Remediation at that site has to be Job No. 1.”

On the Horizon: “Progress Point”

For now, local officials they are largely relying on updates from the CLP, and so far have been pleased with the firm’s willingness to share details as plans progress.

“We don’t have an automatic seat at the table,” Freeman said. “We have to respect the fact that it is private property. It is no longer a public utility as it was before, however, I have been very impressed and satisfied that CLP has reached out to the three municipalities.”

Through its partnership with Walbridge, the company is marketing the property at Progress Point.

“Wallbridge has engaged in a multitude of studies to determine highest and best use for the site," a spokesman for CLP told WCPO. "From this information, a final development plan will be determined with input from the local community.”

Any plan that lures jobs to the area would be a major boost, but safeguarding the local water supply is a top priority for local residents, he said.

“When you look at the site, there’s no doubt it does provide some great economic opportunity,” Freeman said. “But, if you don’t get the environmental done correctly on the front end, it’s not going to mean much to the economic benefit in the back end.”

Hillary Lake is an I-Team reporter and the manager for investigative content at WCPO.

Emily Maxwell is a photo and video journalist for WCPO.

Lisa Bernard-Kuhn is a former WCPO reporter; she is now a contributor.