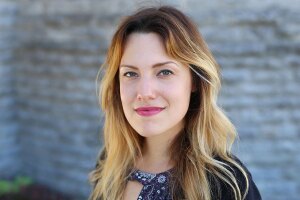 Emily Maxwell is WCPO’s visual journalist who specializes in producing documentary-style features and longform journalism, as part of the station’s Enterprise Team.

She started at WCPO in August of 2010 working the night shift as a web editor, writing breaking news stories for the website and editing stories. In her role as a photojournalist, she now focuses on poverty-related stories with a special interest in childhood poverty and public housing.

Over the years, Emily’s stories have taken her from the forgotten streets of Cincinnati neighborhoods to a rhino sanctuary in Lampung, Sumatra. She’s been fortunate enough to travel to three countries and several states while reporting on issues relating to the country’s heroin epidemic, wildlife conservation, art, presidential campaigns and environmental issues.

In 2017, Emily won her first regional Emmy for a video on the effects of coal ash seen in North Carolina communities and how it could be a potential hazard here in the Cincinnati-area.

In 2018, she and her coworker Lucy May, with whom she collaborates with on poverty-related stories frequently, were named Citizens of the Year by the National Association of Social Workers for their ongoing public housing coverage.

Emily is also an outdoors enthusiast so when she’s not editing in the office or working in the field, she’s producing stories and social media content for Wild Cincy, an outdoors series she started for WCPO in 2017.