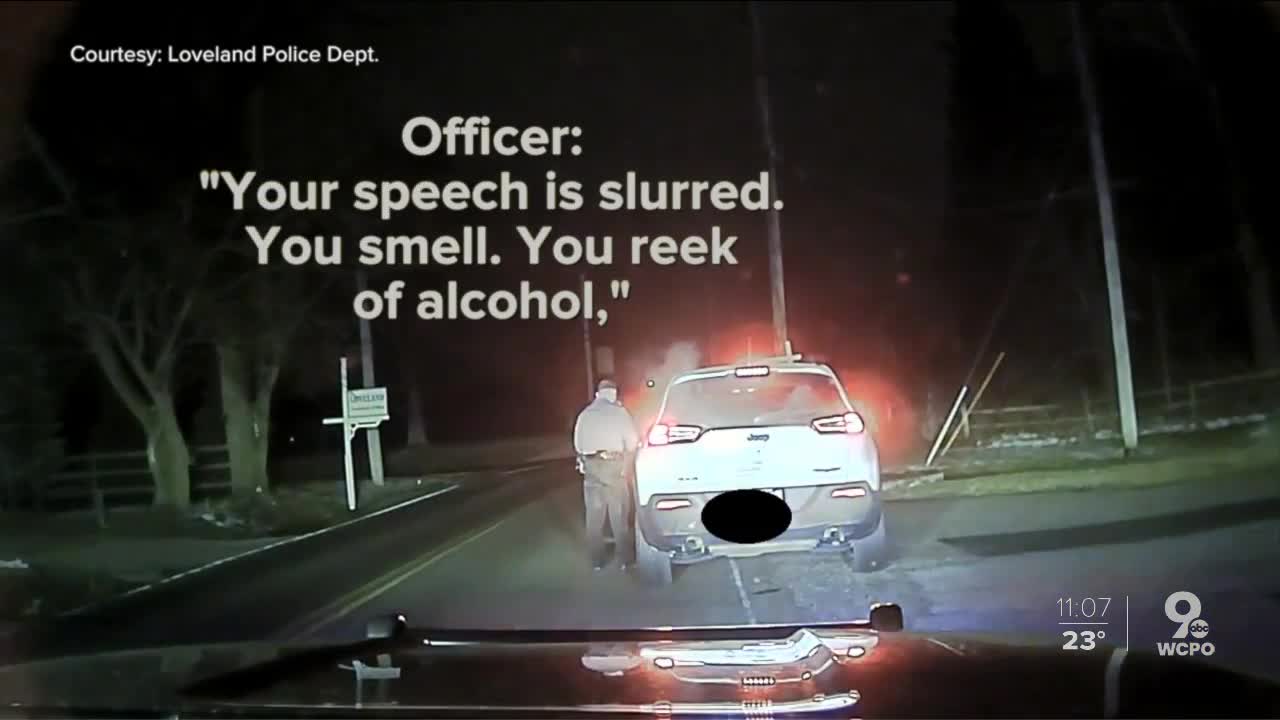 Steven Adams, the attorney representing a suspended Cincinnati police officer accused of driving under the influence, said Thursday night Capt. Amanda Caton is innocent. If she appeared drunk in the dashboard camera recording of her arrest, he said, it was only because she has a British accent.

CINCINNATI — Steven Adams, the attorney representing a suspended Cincinnati police officer accused of driving under the influence, said Thursday night Capt. Amanda Caton is innocent. If she appeared drunk in the dashboard camera recording of her arrest, he said, it was only because she has a British accent.

"They all believe, the ones that I have spoken to and also through hearsay: Bad stop. Bad arrest," Adams said.

According to the police report, Caton was pulled over after drifting into the center line and driving left of center while making a turn. The arresting officer made a note of the strong smell of alcohol coming from the vehicle.

"Tomorrow, the plea will be not guilty," Adams said Thursday. "She's presumed innocent. She is innocent."

The stop and arrest were all caught on dashcam video. The arresting Loveland officer was recorded saying that Caton's speech was slurred and noting that she smelled like alcohol.

Adams said Caton wasn't under the influence and that the arresting officer's comments on the arrest video were "self-serving commentary" to "justify his actions for his superiors."

"I don't hear slurred speech," Adams said. "What I do know is she is from England — she has an accent. Maybe he (the arresting officer) isn't used to an English accent."

In the video, Caton identifies herself as a Cincinnati police officer. Adams said she did that to protect the Loveland officer who was pulling her over.

"'Hey man, we know it is tough out there, so we want you feel safe,'" Adams said. "So they show a badge or they say, 'Would it help if I tell you I am a Cincinnati police officer?' You’re showing your ID and you’re saying, 'Take it easy. I’m not the bad guy. I want to cooperate. I’m a cop.'”

Adams plans to enter a not guilty plea. He said he wants the arrest video and the comments made by the arresting officer, which he calls hearsay, thrown out.

"For example, 'you reek of alcohol,'" Adams said. "Is a jury going to be able to smell what he is smelling? No."

Caton will appear in front of a judge in Clermont County Friday morning.