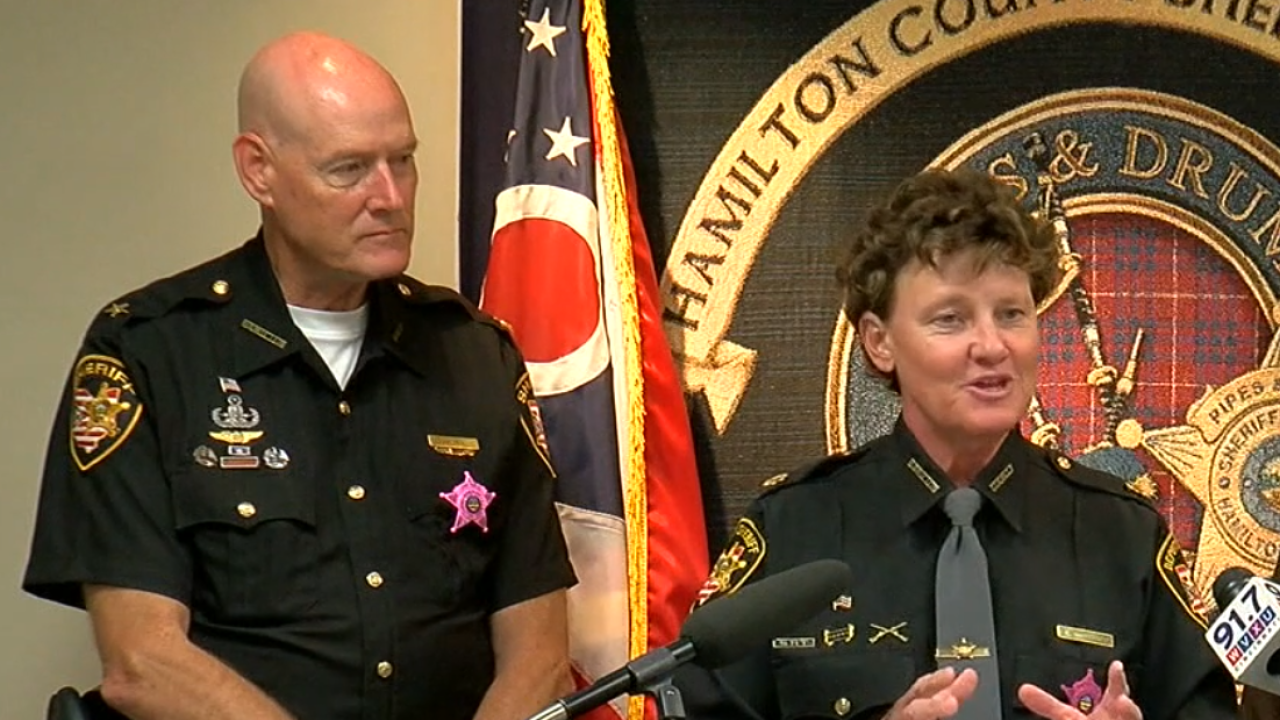 CINCINNATI — The Hamilton County Democratic Party endorsed Charmaine McGuffey on Saturday to run as their candidate for sheriff in the 2020 primary election.

That means current Hamilton County Sheriff Jim Neil, elected in 2016, failed to secure the endorsement for the March 17 primary.

"It’s not often that a challenger gets an endorsement like this," McGuffey wrote to supporters on Facebook. "But thanks to my experience and commitment to changing our justice system, and thanks to the incredible support from all of you, we are the endorsed candidate for Sheriff."

The winner of the 2020 primary will face the Republican candidate, former sheriff's deputy and Cincinnati police Lt. Bruce Hoffbauer, on Nov. 3.

McGuffey, one of Neil's former majors, is currently suing him after a sheriff's office investigation found she created a "hostile" work environment and was dishonest about it.

McGuffey, who says she is a lesbian, disputes the investigation's findings and says they are a result of discrimination. She filed an EEOC complaint about the matter in 2017, and the case goes to trial in April.