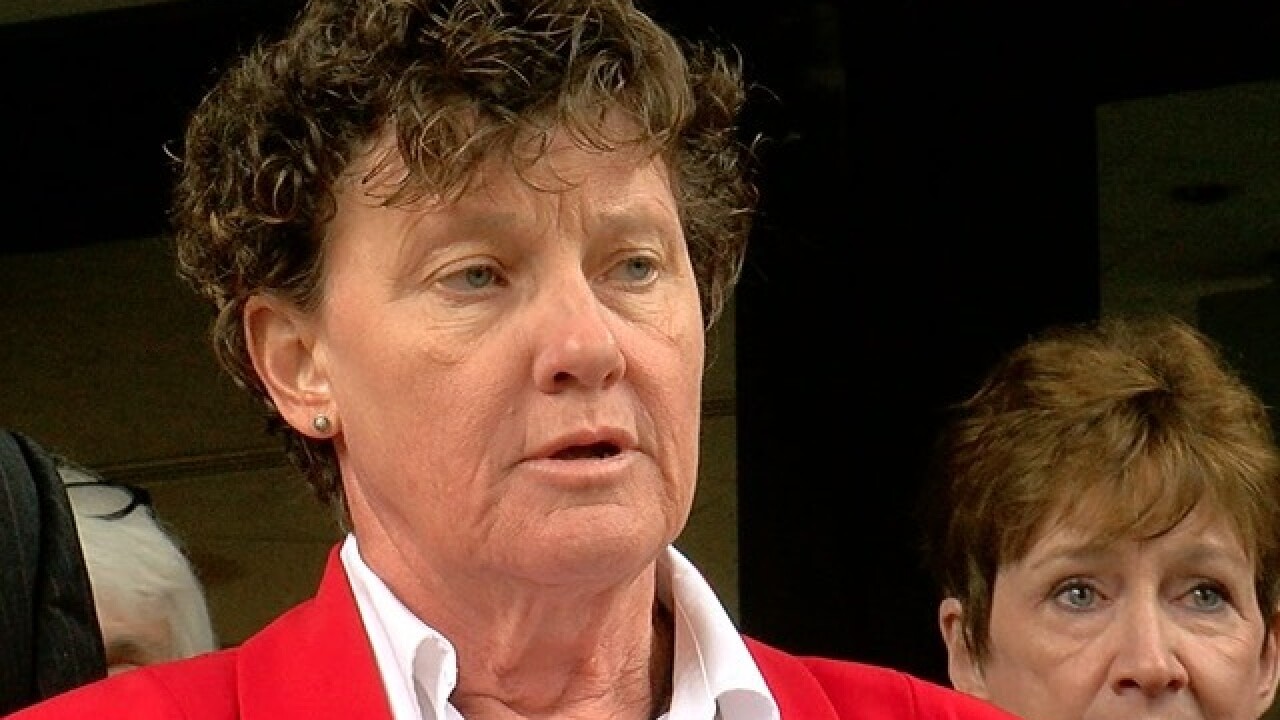 CINCINNATI – The sheriff’s major who used to run the Justice Center says she was fired after a “biased” investigation identified her as being ”pro-lesbian” and questioned other women in the sheriff’s office to determine if she had intimate relations with them.

Maj. Charmaine McGuffey, who says she is a lesbian, made the accusations in a discrimination complaint she filed with the Equal Employment Opportunity Commission. She claims she was "discriminated against, retaliated against and unjustly terminated" due to her gender and sexual orientation.

McGuffey, who said she was the first female to serve as Major of Court and Jail Services, said Chief Deputy Mark Schoonover  “consistently treated me differently than my male peers,” and she claimed she often was met with disrespect from male subordinates.

“I was always under scrutiny [from Schoonover] because I was female and because of my sexual orientation,” said McGuffey, who was promoted to head jailer by newly-elected Sheriff Jim Neil in 2013.

“I frequently brought up issues to the Chief and Sheriff regarding my male subordinates and their disrespectfulness toward me,” she said.

McGuffey said the sheriff told her “some men in the department just don’t like working for a woman.”

She said she was replaced by a man after she was terminated on June 1.

McGuffey, who worked in the Sheriff’s Office for more than 30 years, said she was notified May 5 that she was being fired “due to an internal investigation alleging hostile work environment and my alleged dishonesty during the investigation.”

She said the investigation report "contains comments from my male colleagues identifying me as very 'pro-lesbian' and many of the females interviewed were questioned regarding how intimate of a relationship we had.

“Despite disparity, I performed my duties at a high level," McGuffey said in her complaint.  "I made many positive reforms to the jail system and received numerous recommendations."

At a May 9 news conference, McGuffey said she was  subject of "vicious, hostile rumors" about her personality and management style.

She claimed the real reason she was fired was because she questioned how Internal Affairs handled incidents of excessive force among corrections officers. The WCPO I-Team uncovered several of those cases, and an expert said it appears the sheriff's office has been too lax with discipline.

"Based on (the investigation's) findings ... and the unanimous recommendations of both our Internal Affairs Unit and legal advisors it was determined we could not allow Charmaine to remain in a management position," Neil's statement said.