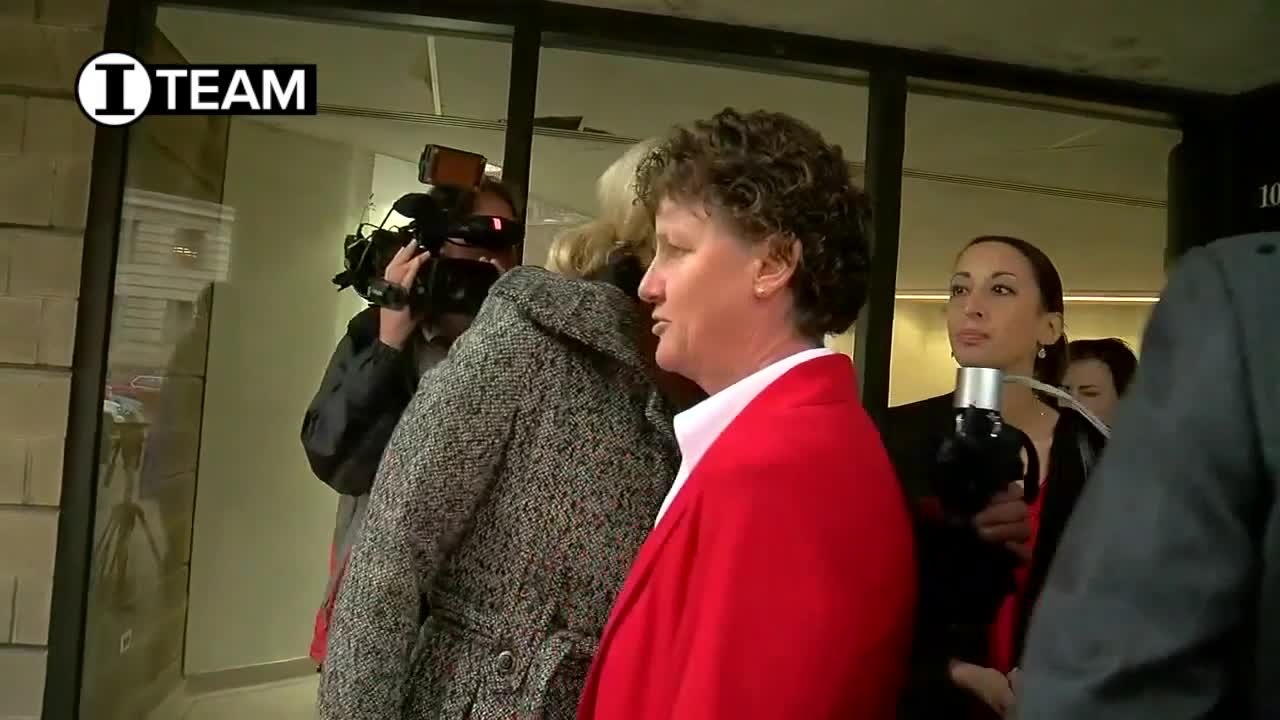 Former jail commander Charmaine McGuffey is suing Sheriff Jim Neil for violating her civil rights when she commanded the jail. She's also running against him in the 2020 Democratic primary.

Hamilton County Sheriff Jim Neil sat across a conference room table from Charmaine McGuffey on April 11 as her attorney, Kelly Myers, cross-examined him under oath.

When Myers questioned Neil about his understanding of employment law, the sheriff described his affection for McGuffey, a former major in his office who is now suing Neil, alleging he illegally fired her in 2017.

“I'm not in love with Charmaine, but I love Charmaine," Neil replied.

The pair, both Democrats, square off in the Democratic primary on March 10, 2020. McGuffey’s federal case against Neil is scheduled for trial in April 2020, one month later.

Salzman said it’s rare for an elected office in law enforcement to have candidates with such long personal connections, especially those who split in such an abrupt and negative way. That they are now involved in a lawsuit could have a big impact on what McGuffey and Neil are able to discuss with voters.

"Every time either of them is in an uncomfortable position, they are going to be able to claim they can't comment for legal reasons," Salzman said. "I think that the voters in Hamilton County are actually probably going to end up on the short end of the stick."

The WCPO I-Team reviewed the transcripts of those depositions, then compared it to previous public statements and records documenting the incidents discussed.

"It's likely that whatever is in these depositions is going to be unflattering to both candidates," Salzman said.

There are contradictions there, too.

In her lawsuit against Neil and his office, McGuffey says Neil and Schoonover treated her differently because she’s a woman and a lesbian. Schoonover is not a named defendant in the lawsuit.

McGuffey said she wasn’t given the support that men who also held the rank of major received and that Neil failed to address “her complaints of discriminatory and biased treatment.”

According to the lawsuit, Neil and Schoonover allowed men who reported to McGuffey disrespect her. She also said the sheriff told her “some men in the department just don’t like working for a woman.”

The lawsuit says Schoonover, Neil’s second-in-command, “disciplined subordinates without her knowledge, made changes under her chain of command without her knowledge” and “refused to communicate essential information, including internal investigations into claims of excessive use of force.”

Schoonover admitted in his May 9 deposition he didn’t agree with Neil’s decision to put McGuffey in charge of the jail and court services. He testified he believed a captain in the sheriff’s office was more qualified for the job than McGuffey.

However, denied treating McGuffey unfairly or differently than men.

McGuffey’s lawsuit claims she was targeted for termination in retaliation for her complaints about how the sheriff’s office responded to what she considered excessive force by some corrections officers.

Neil and Schoonover testified in their depositions that McGuffey deserved credit for improving the jail. They insisted she wasn’t fired as a result of her complaints.

Instead, they testified, the decision to remove McGuffey as a commander was based on complaints other employees made about her.

In January 2017, Heather Dobbins, McGuffey’s former administrative assistant, filed an internal complaint against McGuffey, accusing the former major of creating a "hostile work environment." In her complaint, Dobbins wrote that McGuffey “bullied” her and caused her "undue stress in my personal and professional life.”

Hamilton County Sheriff's Office internal investigators interviewed Dobbins and other employees who had worked with McGuffey. Many of them criticized McGuffey’s management style as being unnecessarily rough and, at times, vulgar and demeaning.

Internal Affairs investigators concluded McGuffey had yelled at employees and described them with words like worst, horrible and incompetent.

Internal Affairs determined “the allegations of Creating a Hostile Work Environment and Dishonesty are SUSTAINED.”

In her lawsuit, McGuffey said, “Internal Affairs accepted all allegations against Plaintiff as true, but summarily dismissed Plaintiff’s rebuttal statements as false, even when contrary to evidence.”

"I removed her because it was — as I mentioned before — I had to protect the other deputies in the sheriff's office," Neil said in the deposition.

When McGuffey refused to accept the offer, he fired her.

Salzman described the internal affairs investigation and McGuffey's firing as "a lot of baggage."

"The campaign is only going to exacerbate that," he said.

Did sheriff contradict himself?

On April 11, Neil testified that he had reviewed "a packet" of information about former Hamilton County Corrections Officer Jason Mize.

The last and most serious incident occurred in August 2016.

Under oath during the April deposition, Neil answered a series of questions relating to Mize and his use-of-force as a Hamilton County corrections officer.

"Was Deputy Mize involved in more than one use-of-force incident?" Kelly Myers asked.

This was two years after WCPO reported on the history of Mize's use-of-force as a Hamilton County corrections officer. That reporting was based on records that the sheriff's office provided.

After our initial story exposing Mize's record of force on inmates, Mark Myers sued Mize and Neil, claiming Myers had been deprived of his civil rights as a result of the way Mize handled him.

In 2018, a federal grand jury indicted Mize for violating the civil rights of Mark Myers.

During his deposition, Neil initially testified he had difficulty remembering the 2016 use-of-force incident with Mize, even though it's the only time one of Neil's officers has been charged with a federal crime.

Neil did remember that Mark Myers "came in with a pre-existing injury and this matter aggravated it. Yes, I recall that incident, but not all of the particulars."

During an interview with WCPO in September 2017, Neil told the I-Team, "There's no question about it, he (Jason Mize) was facing termination."

However, under oath on April 11, Sheriff Neil testified Mize "resigned before there was an opportunity to consider termination."

Under oath on May 9, Schoonover contradicted the sheriff's testimony from just a month earlier.

"So what disciplinary action was taken with respect to Officer Mize?" Kelly Myers asked.

"We were in the process of termination on him, but he resigned before we could do that," Schoonover said.

The sheriff's testimony "feeds into a larger question of integrity," according to Salzman, who reviewed excerpts of Sheriff Neil's deposition. He told WCPO that it should have been easy for the sheriff to provide simple, direct responses to many of the questions.

"This inconsistency really is a head-scratcher," Salzman said.

"Either information is not making its way to the sheriff or there's a purposeful effort here to mislead," said Alex Triantafilou, the chair of the Hamilton County Republican Party.

Triantafilou, who described the Neil-McGuffey drama as “chaos,” said he’s paying close attention to disclosures in the McGuffey lawsuit.

Gwen McFarlin, chair of the Hamilton County Democratic Party, declined to comment for this story.

So far, the two warring Democats are the only candidates to have entered the race for sheriff.

As the McGuffey lawsuit moves forward, records filed in the case may reveal even more issues that voters want to discuss with the candidates for Hamilton County Sheriff.

Will Neil and McGuffey answer their questions?