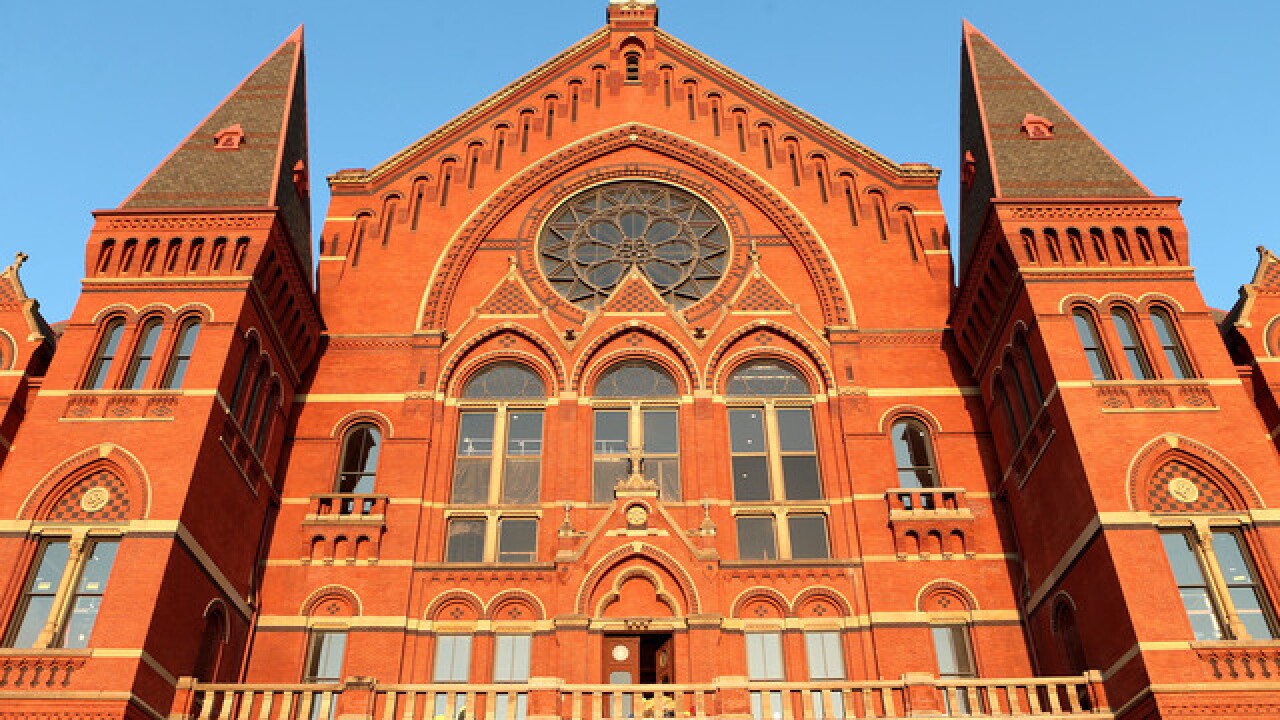 CINCINNATI — Will the noise of cheering soccer fans clash with the sweet sounds of Music Hall?

A new sound study released Thursday suggests there won’t be a problem once the stadium is built — but the study contradicts a previously conducted noise study that found the opposite.

Arup used sound data from Premier Soccer League games in the U.K. to conduct its study. Among Arup’s findings, “the probability that peak crowd events will occur simultaneously with a quiet passage in a musical performance is extremely low,” the study said.

“The Arup report is an important step in fulfilling our commitment to work with the Arts Organizations and Music Hall with respect to their concerns regarding sound during any matches that may occur at the same time as performances at Music Hall,” said Jeff Berding, FC Cincinnati President and General Manager, in a written statement.

The study conducted earlier this year found the anticipated level of game-day noise would overpower the carefully-calibrated acoustics of the hall’s main auditorium, according to the preliminary findings released in February.

“The noise would be readily audible by the audience and the performers and would interfere with the subtle moments of performances by the resident companies,” wrote researchers with acoustician firm Akustiks, which had been hired by the Cincinnati Arts Association to conduct the study.

To conduct its study, Akustiks simulated the noise level of two events that might take place at the forthcoming West End Stadium: A “typical soccer match with a full stadium of 26,000 fans” and a “high-level amplified contemporary music concert.”

The process of conducting the environmental noise study was an unconventional one that included blank shots being fired from Music Hall’s rooftop to simulate a noise at about the anticipated level of events at the FC Cincinnati stadium.

Click here to read the full preliminary report from Akustiks

In its review of the Akustiks report, Arup reports that sounds such as outdoor sirens are clearly audible in Springer Auditorium even after Music Hall’s renovation from 2016 to 2017.

“The exterior building envelope of Music Hall was not modified during this renovation,” researchers wrote in the report. They say background noise levels from Music Hall guests will be higher than stadium noise. The researchers call the potential stadium noise “neutral,” and compares it to high wind noise and general moving traffic.

Arup used data from three professional soccer matches in stadiums that hold between 22,500 and 54,000 seats. It says “peak noise levels” generally last for less than four seconds and are heard less than 4 percent of the match.

In a joint statement released Thursday afternoon, the Music Hall Revitalization Company and other local arts groups said the study commissioned by the team "minimizes the noise impact of the planned stadium on Music Hall" and that they'll continue to advocate for solutions to the noise concerns identified in the first report.

"It is not wise or prudent to take a chance that sound will not be an issue," they said. "Why wait until the FCC stadium is built and under operation to re-evaluate the issue? The time to implement solutions is now."

Based on current schedules from FC Cincinnati and Music Hall, home matches and concerts overlap three times between January and June of 2019, Arup reports:

“Based on this report we believe sound conflicts can be mitigated effectively. We continue to work with representatives of Music Hall in an effort to address their concerns and fulfill our commitment to be a good neighbor,” Berding said Thursday.

The FC Cincinnati spokesperson also said the stadium’s architect is considering an alteration to the stadium skin design to further help minimize sound from the stadium.

The West End stadium site and Music Hall are less than a half-mile from one another.

Read the draft of the Arup study below: