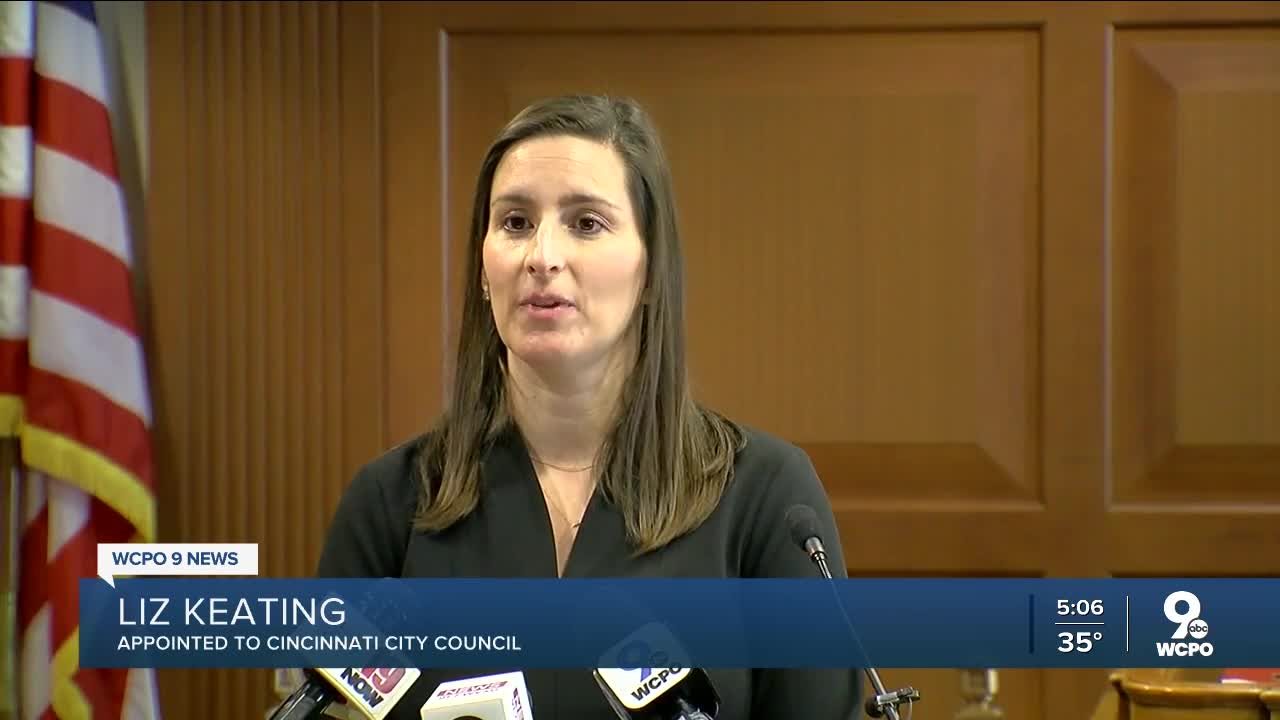 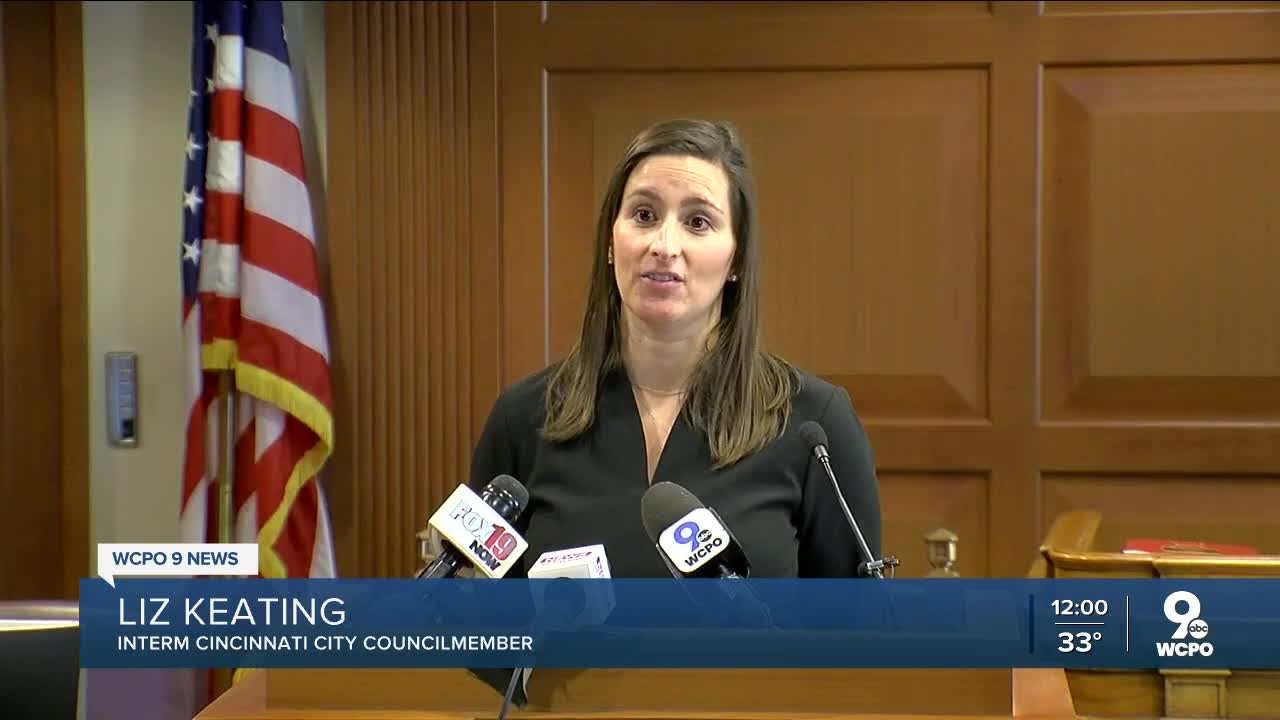 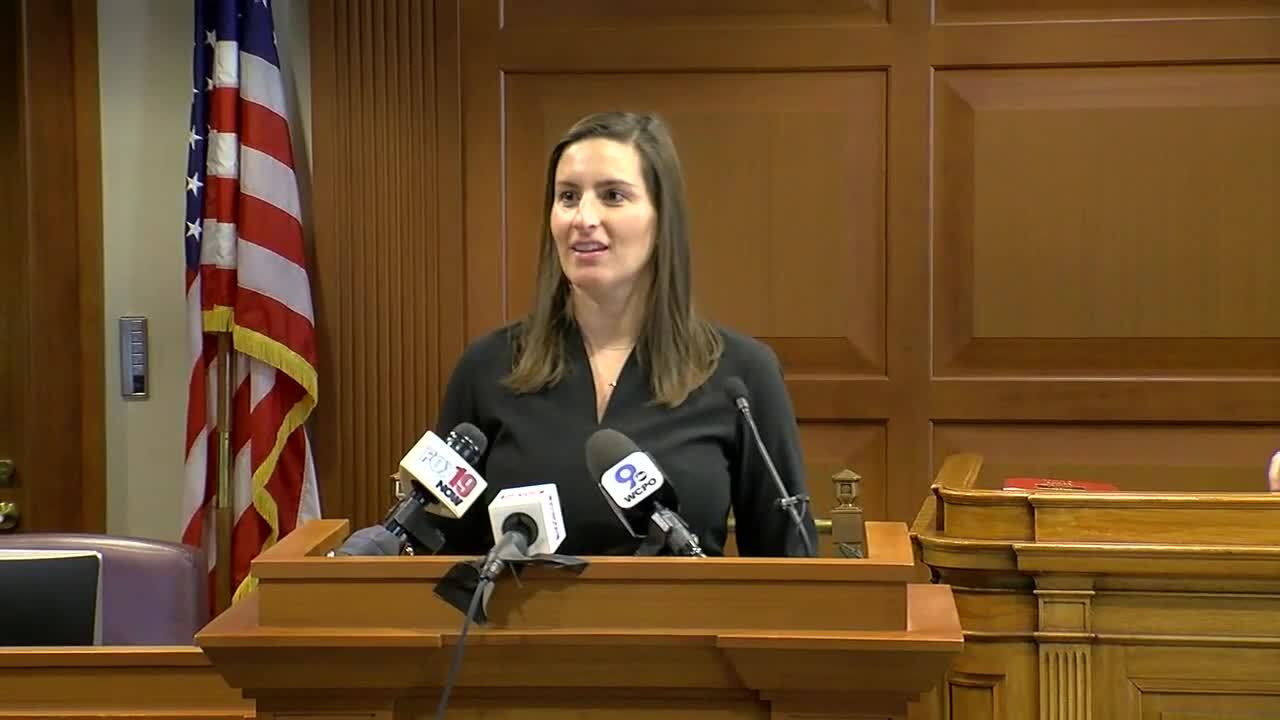 Keating, 37, is a marketing director for a local company and serves on the board of several nonprofits, including an adoption agency that works with Winkler’s courtroom.

Winkler said he selected Keating for the role because she is high energy, has deep roots in Cincinnati and promises to bring light to City Hall and “clean it up.”

“Liz has the highest integrity of anyone who applied for this job … she’s just going to be a great member of Council," Winkler said.

Winkler appointed Keating at 9:30 a.m. Friday in his courtroom. Watch the full announcement in the player below.

Sittenfeld announced on Dec. 7 that he would "temporarily" step down from his seat as he faces several charges in a federal bribery case.

Addressing the public for the first time, Keating said she will focus on the city’s child poverty rate and will be dedicated to making Cincinnati a city where “every child has equal opportunities.”

“We want to raise our kids in a city where every child has a roof over their head, food on the table and a safe neighborhood to play … we are not the city our kids deserve, and my work will not be finished until it is.”

About 20 people applied to serve as Sittenfeld's replacement, but Keating stood out, in part, because of her resilience; she has been passed over for the last three appointments to City Council, Winkler said.

Keating said her experience in business and volunteering has inspired her to create a culture in Cincinnati in which collaboration thrives. Keating challenged her new colleagues and other city stakeholders to join her in making sure all voices are heard.

While allegations of corruption have rocked City Hall this year, Keating said people have been hearing far too much about City Council and far too little about the residents they serve. In addition, she said she supports proposals made by Council Members Betsy Sundermann and David Mann to improve accountability on City Council.

“While all eyes have been on the drama on City Council, violence has skyrocketed. Small businesses are struggling, and minorities are disproportionately being hurt by the pandemic. Families are struggling to survive, and we’ve lost sight of our purpose: Taking care of the people of Cincinnati,” Keating said.

She said she believes an effective City Council is one that gets work done with little fanfare. She said her only goal is to work for the families of Cincinnati.

“I plan to work hard and do my job. If that doesn’t garner me any attention, I’m OK with that. I’m not here to serve myself, I’m here to serve you,” Keating said.

Per Ohio statute, the Hamilton County Probate Court appoints a Cincinnati City Council member's replacement in the case of a suspension. If Sittenfeld is found guilty of the charges or resigns in the meantime, a Democrat on Council would select his replacement rather than Winkler, a Republican.