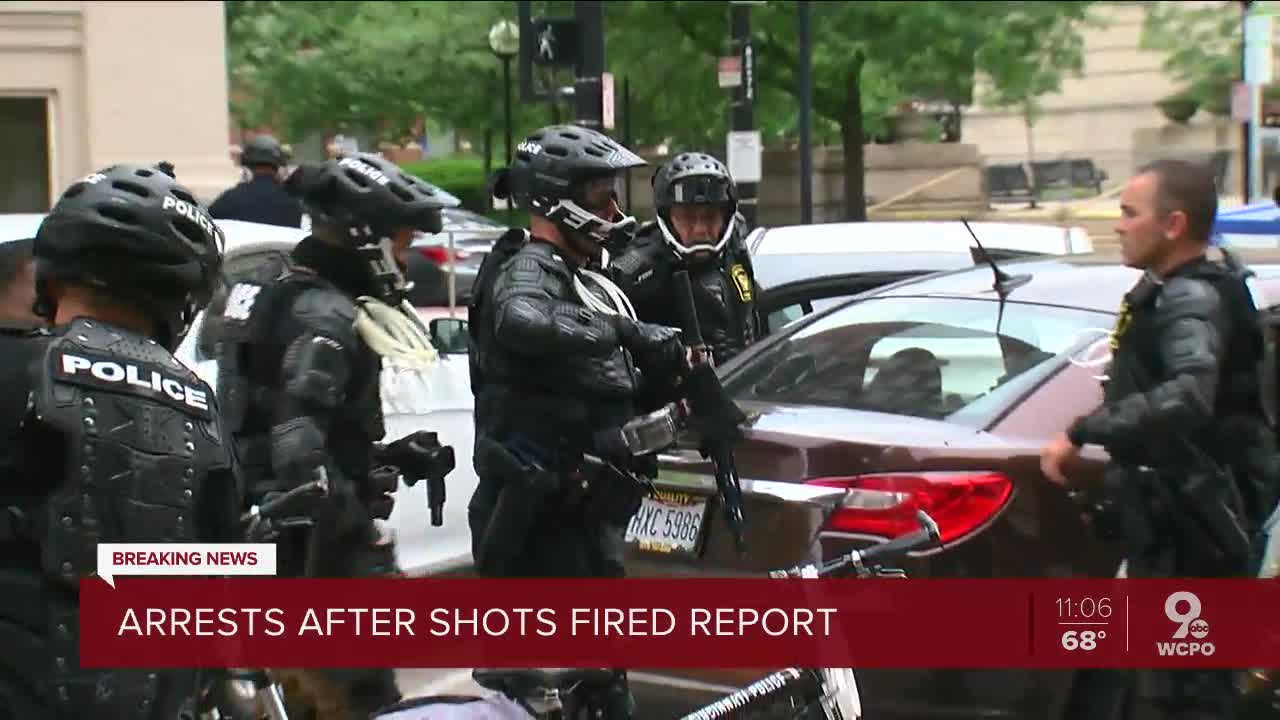 Cincinnati police Chief Eliot Isaac denounced agitators with guns while his officers cracked down on curfew breakers Monday night. Police encountered several people with automatic weapons as they moved in to enforce the earlier 8 p.m. curfew on the fourth night of protests and violence in the city, Isaac said just before 9 p.m. 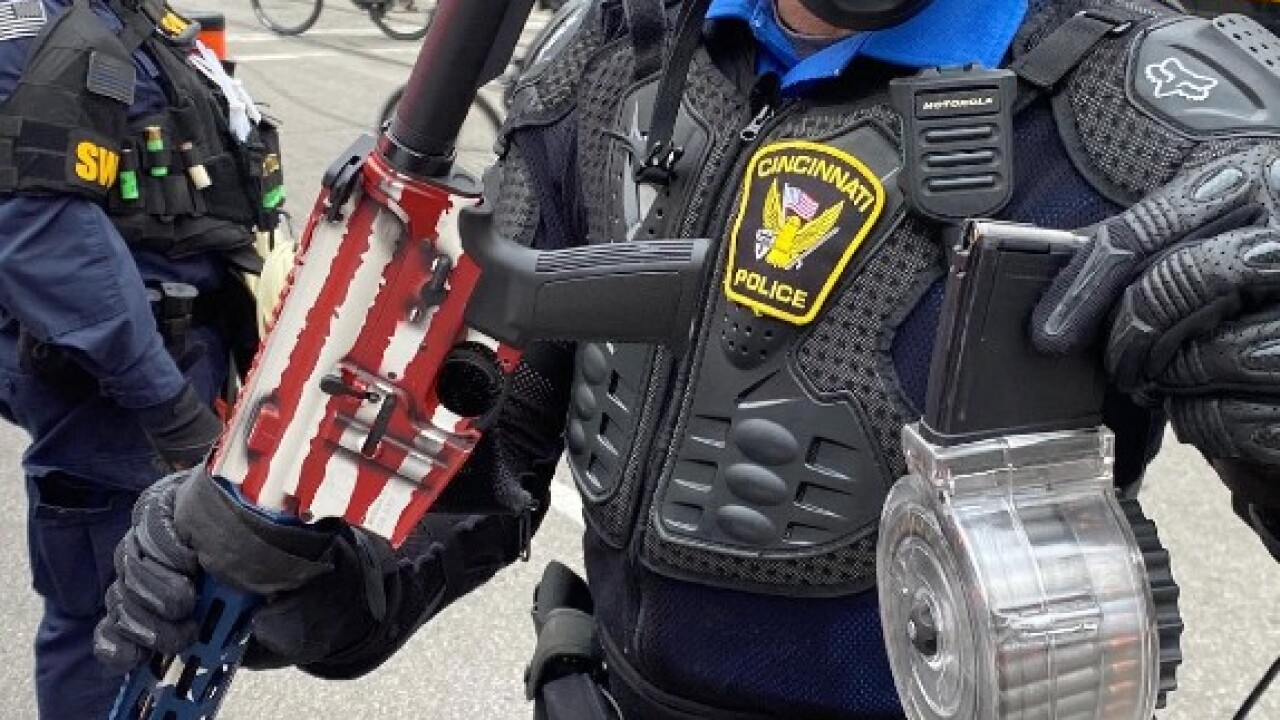 Police encountered several people with semi-automatic weapons as they moved in to enforce the earlier 8 p.m. curfew on the fourth night of protests and violence in the city, Isaac said just before 9 p.m.

Two hours later, a police spokesperson said they had made more than 100 arrests - perhaps 200 fewer than the previous night - and the night appeared calm for a change with no major damage reported.

Isaac reported three shots were fired in proximity to officers near 13th and Main streets in Over-the-Rhine and said officers recovered an AR-15 and other high-powered guns.

"We've recovered an AR-15 with a 100-round magazine and a Glock, and it's not even dark yet," an exasperated Isaac said.

Police appeared to have cleared the streets by that time, but Isaac expressed fear that trouble would reemerge after dark as it did the previous three nights.

Cincinnati Metro bus has arrived at Mohawk and Central to move people to the Justice Center. pic.twitter.com/Y0DnVySdw6

Isaac said paint, rocks and bottles were thrown at officers and he blamed agitators – people who want "chaos" and "anarchy" – and not the hundreds of protesters who marched peacefully since noon to condemn police brutality following the death of George Floyd in Minneapolis.

Isaac, who took a knee in solidarity with protesters earlier in the day, said he fully supports peaceful protest, but he doesn't support lawlessness – including failing to comply with the curfew order.

"This curfew didn't happen because everything was going great," Isaac said. "We had to do this because of the amount of damage. We have over 100 businesses that have been damaged, looted, shots fired into them" since Friday.

Mayor John Cranley moved up the curfew one hour after 307 arrests on Sunday night and overnight Monday.

Iris Roley says not much has changed since 2001 riots

As the 8 p.m. curfew went into effect, scores of police officers cracked down on violators in a show of force, even pulling some out of cars. That included four people with guns in their vehicle, according to WCPO 9's Evan Millward.

Police said the people in the car pointed a gun at a TV news crew near the new Kroger store on Central Parkway, Millward reported. Officers said they found two guns in the car after they stopped it in front of the courthouse.

NOW: Several in custody at courthouse - loud bangs north in OTR. It has started. @wcpo pic.twitter.com/nXpO0ukm74

Police in riot gear carrying shields broke up a large group of protesters walking on Mohawk Street from Over-the-Rhine to the West End. They made multiple arrests while other protesters scattered.

Police also engaged some members of the media. WCPO 9 Reporter Courtney Francisco found herself caught in an advancing crowd of officers on Mohawk Street and was pushed in the back. Isaac acknowledged that a print reporter was taken away in flex cuffs but quickly released.

Cranley and police apologized for the incidents.

Several arrests in the area earlier at McMicken & Stonewall. An @Enquirer reporter was temporarily detained & @WCPO reporter moved from the immediate area as officers were attempting to clear the street while having rocks thrown at them. We apologize for any inconvenience.

Protesters said they would be back on Tuesday, Francisco reported, leaving Cranley to decide whether to continue the curfew.

RELATED: WCPO journalists working hard to stay in the middle.