Police chief, sheriff kneel in solidarity with protesters in Cincinnati 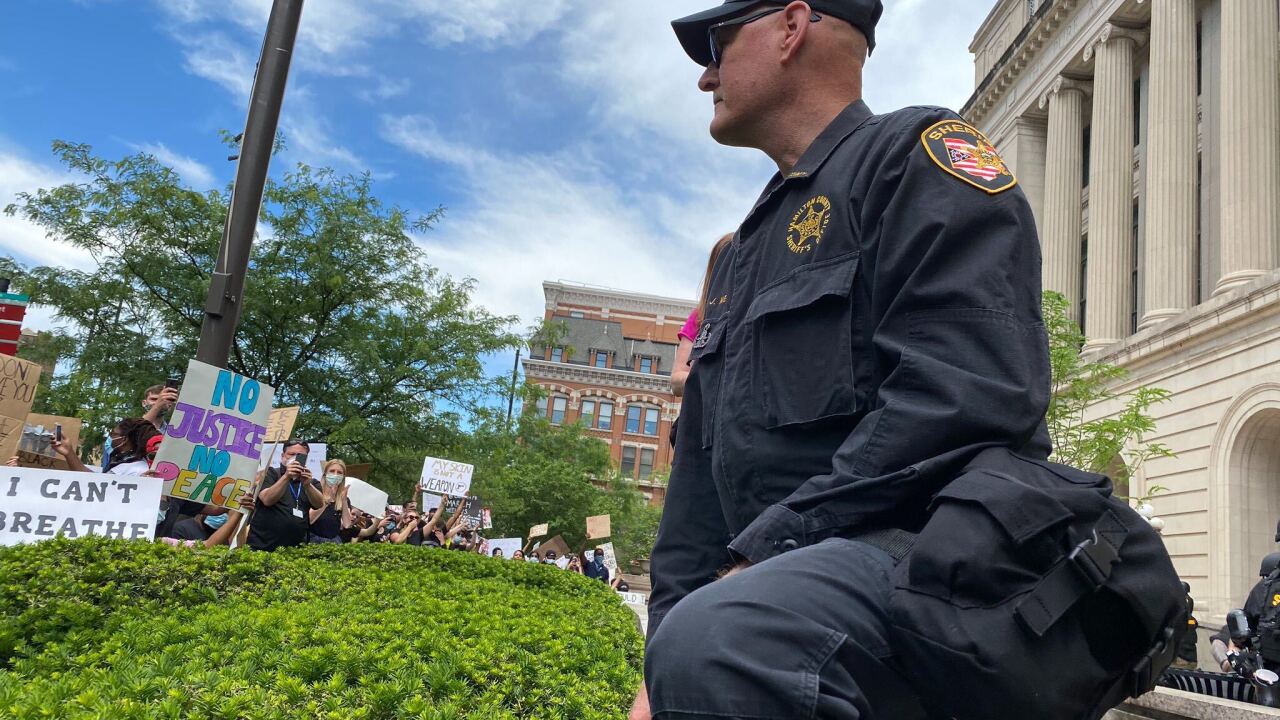 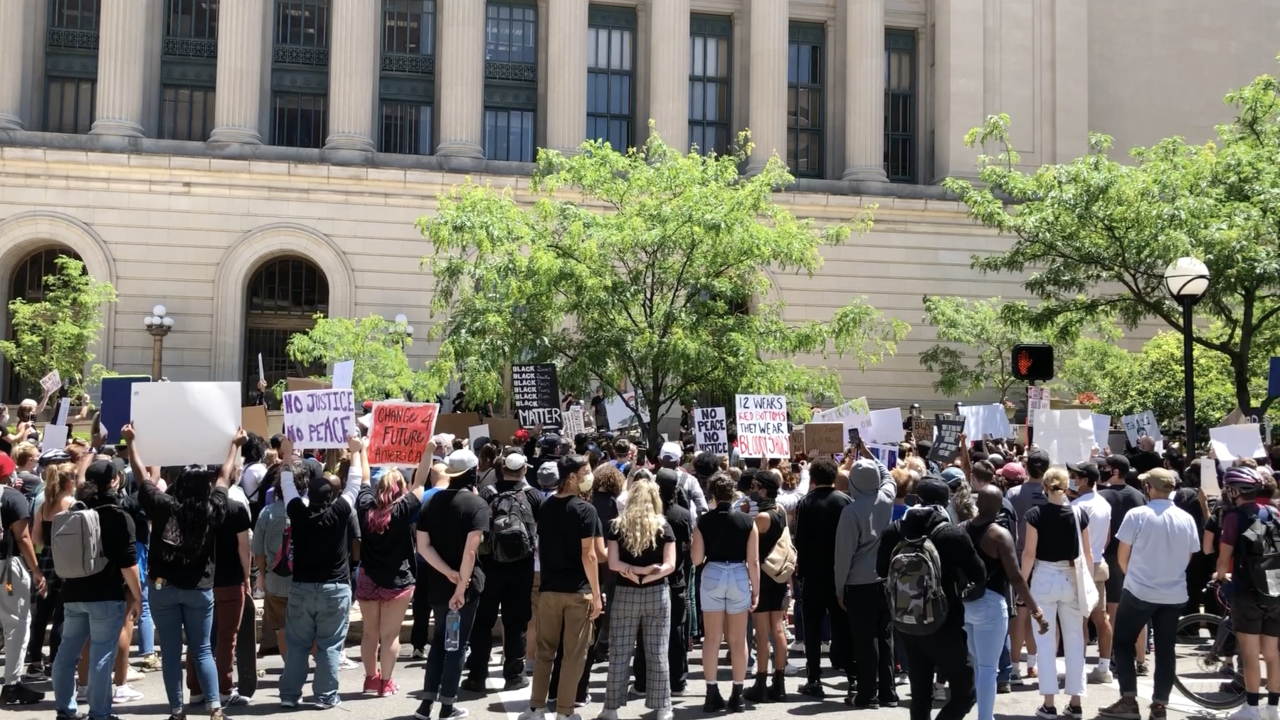 CINCINNATI — A large group of protesters cheered as Cincinnati police Chief Eliot Isaac took a knee in solidarity with them outside District 1 headquarters Monday evening.

A similar collaborative moment occurred a few hours earlier when Sheriff Jim Neil knelt at the request of protesters gathered at the Hamilton County Courthouse.

VIDEO: some @Cincypd officers take a knee with protestors outside District 1 - @wcpo pic.twitter.com/EDN7mRtVUn

"Kneel with us,” protesters shouted as they knelt in front of the courthouse steps.

The fourth day of protests was peaceful in the first five hours Monday afternoon, with police reporting only one arrest as of 6 p.m. Nevertheless, Mayor John Cranley moved up the city's curfew to 8 p.m. and issued a stern warning following 307 arrests Sunday night and early Monday morning.

I asked Chief Isaac what he says to protestors who say talk is too late. He said it’s never too late and at some point we have got to talk. @WCPO pic.twitter.com/GDJUxbI4oS

About 6 p.m., part of the crowd started marching downtown, stopping at Fountain Square about 7 p.m. on the way back to the courthouse. Shortly before 8 p.m., police stopped southbound traffic on Central Parkway as marchers filled the street.

At least some tension and suspicion remained earlier Monday. Some protesters pointed out someone they thought was a undercover officer and kept eyes on him until he walked away from their group.

VIDEO: A man the crowd believes is an undercover cop is identified and circled. Lots of self policing though here with people yelling for people not to touch him as he walks away - @wcpo pic.twitter.com/xbEoN7Nny1

Others claimed they spotted police on the courthouse roof taking their pictures.

Protesters pointing out law enforcement on the roof of courthouse taking photos of protesters. @wcpo pic.twitter.com/SylbjpCpaz

WCPO 9's Mariel Carbone reported the courthouse crowd reached over 1,000 in midday, spilling out onto Main Street and blocking traffic, in response to the Minneapolis police killing of George Floyd.

Sheriff Neil takes a knee with the people @WCPO pic.twitter.com/omwgOOnGRa

Neil's response came a day after deputies hoisted a “thin blue line” flag outside the Hamilton County Justice Center, replacing a United States flag that Neil said had been stolen by protesters.

Our American Flag was stolen during the Vandalism of the Justice Center. The Thin Blue Line was raised by our deputies to honor the CPD Officer who was shot. The flag has been removed and we will replace it with the American Flag in the morning. @ChrisSeelbach

By 3:30 p.m. Monday, the crowd had moved to City Hall, where protesters asked Cincinnati police officers to take a knee. The protesters then moved to District 1 in the West End.

Crowd chanting at @CincyPD outside city hall. Asking officers to take knee to show police side with protesters. #wcpo9news pic.twitter.com/jfZURCgoZQ

Cranley warned that the curfew could be extended further into the week if ongoing protests culminated in more property damage or attacks on officers.

Sunday’s protest was far larger than either Friday or Saturday’s, according to Isaac. Those demonstrations, which remained peaceful for hours during the day, both became tense after dark — buildings in Over-the-Rhine were vandalized Friday, and a bullet struck a Cincinnati officer’s helmet early Sunday morning. Cranley implemented the 9 p.m. curfew in response.

Most arrests have been for violating the curfew, police said. But others have been charged with arson, disorderly conduct, resisting arrest, assault on a police officer, carrying a concealed weapon, rioting and vandalism.