Main Street businesses in Over-the-Rhine clean up, prepare and show support for protesters 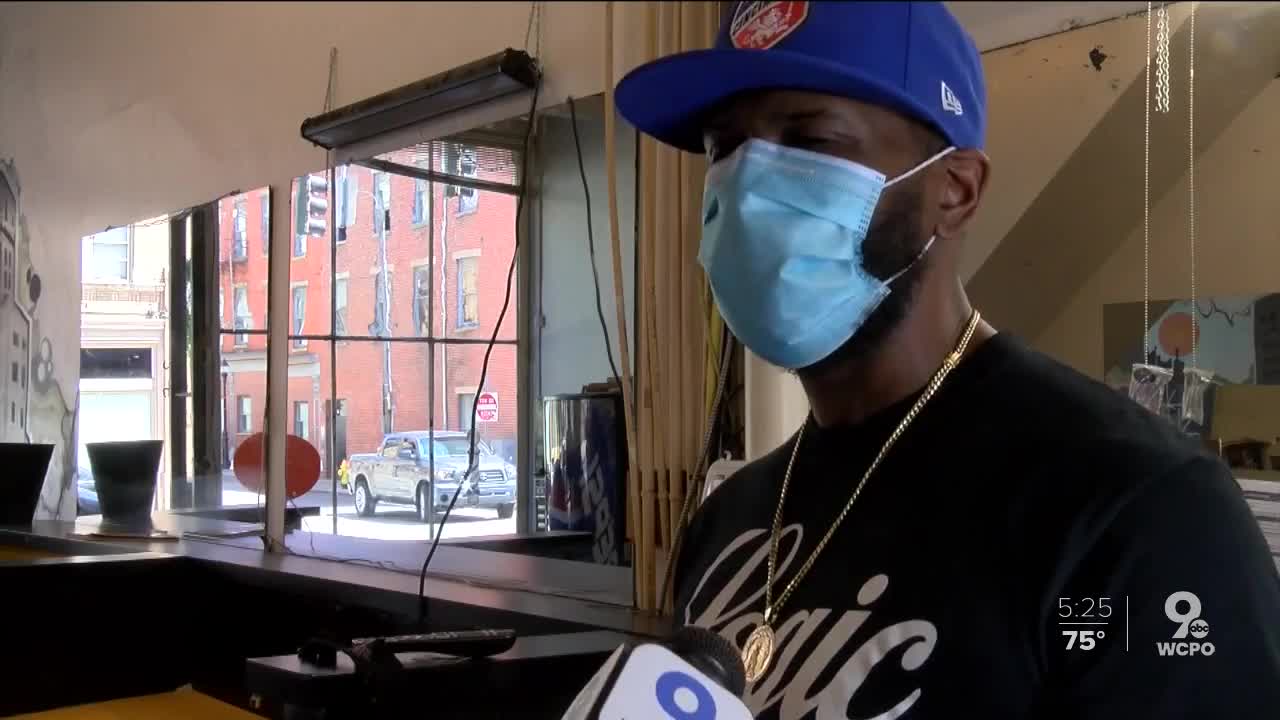 Many businesses on Main Street in Over-the-Rhine are boarding up to protect against possible damage during protests. 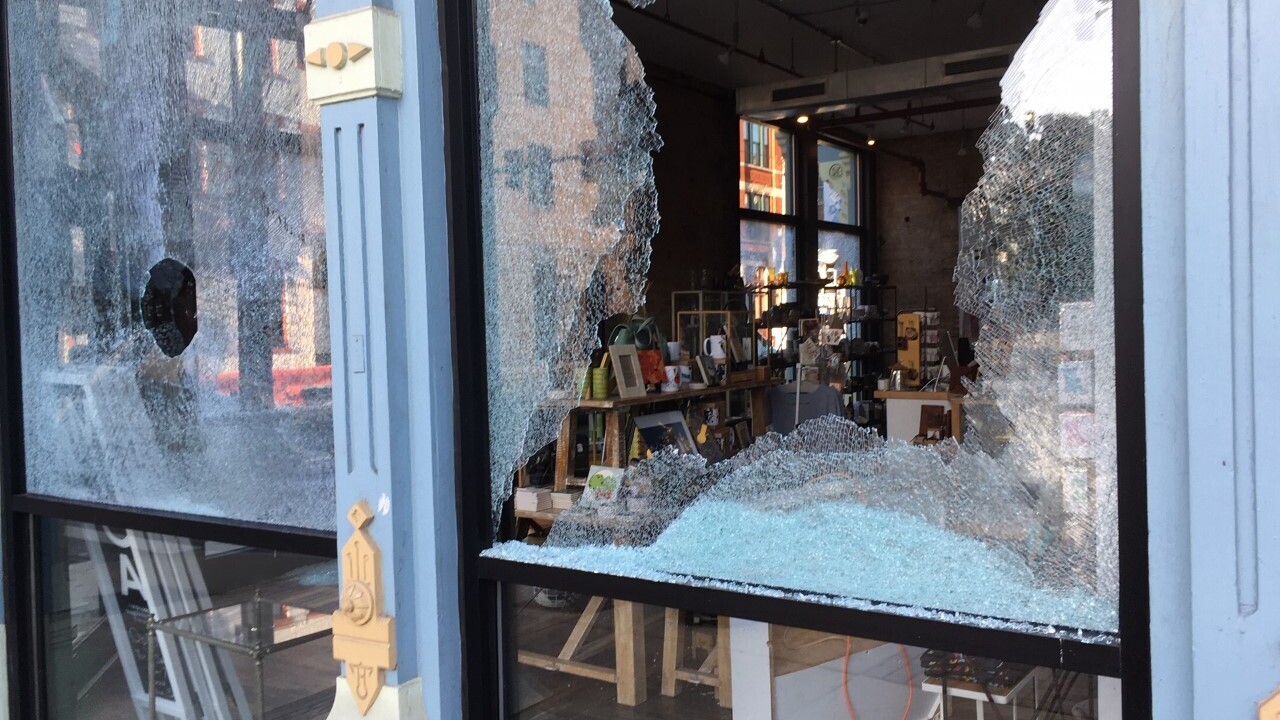 CINCINNATI — Sun City Barber Shop on Main Street is a black-owned business operating in the epicenter of protests in Over-the-Rhine over the death of George Floyd, a black man who died after a Minneapolis police officer kneeled on his neck for nearly nine minutes.

And it’s been just a little over two short weeks since Sun City has been allowed to reopen as coronavirus restrictions lifted in Ohio.

Despite these two challenges, barbershop owner Tray Johnson said he’s not worried and he’s not boarding up. Instead, it’s the larger issue of police brutality that really concerns him.

A few blocks down on Main at The Hub OTR, a bar and music venue, owner Lindsay Swadner is boarding up her business to prevent any damage, but she’s also supporting protesters in her own way by passing out water bottles. Even so, she said it’s hard to see what’s happening to her neighbors.

“I saw Wodka Bar’s windows smashed by three white teenagers in red hats,” Swadner said. “ It was just infuriating to know that that woman has built it from the ground up and she’s put all of her heart and soul into it.”

Gift store MiCA 12/v, also on Main, hasn’t been as lucky as Sun City and The Hub. On Friday, all but one window of their storefront was smashed and items were taken.

“It was happening on TV and friends called us and told us it was happening, so it was hard to be at home and see it going on,” said co-owner Carolyn Deininger.

She owns the shop with her husband, Mike, who said Carolyn had just finished a remodel of the store and it was really looking great.

The Deiningers were just on the heels of reopening as well -- they were two weeks in to a new post-pandemic way of operating their business. Mike said the protests started peacefully but were then escalated by people without the right intentions.

“You have agitators,” he said. "You have people with a different agenda than what the protest is and that’s who broke our windows and tried to steal stuff.”

Now friends of the couple are helping the business owners board up and are painting peaceful messages, like a dove with a “Black Lives Matter” message to protect the shop and send a message of solidarity.

“We are supportive of the peaceful process,” Carolyn said. “We just wanted to make our feelings known.”