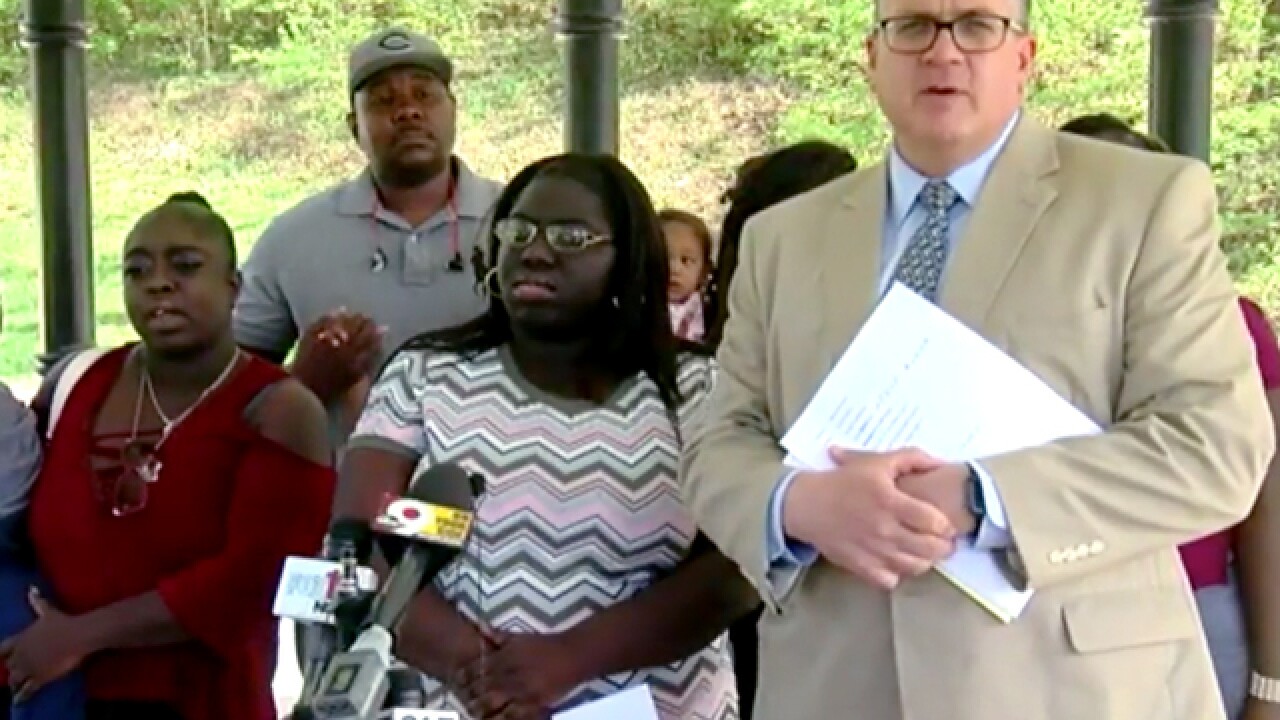 CINCINNATI -- Attorneys for the family of nightclub shooting victim O'Bryan Spikes painted a damning picture of reckless management, bouncers on the take and a too-cozy relationship with Cincinnati police working a security detail the night Spikes died.

Finney acknowledged the family faces hurdles in filing a lawsuit; they don't even know yet who bears legal responsibility. But he said they hoped it would "change the culture of this city."

"It's not just for O'Bryan Spikes," Spikes' sister, Raquice Mitchell, said. "It's for everyone."

Spikes was one of 17 people shot at Cameo Night Club in the city's East End three weeks ago. Cincinnati police say the mass shooting stemmed from an argument between two neighborhood groups, one from Madisonville and another from Price Hill.

"We want the public to sincerely know that O'Bryan was an innocent bystander that was killed in the crossfire and not the suspect," Mitchell said. "He was not involved in any way with the dispute that ultimately led to his tragic death."

The 27-year-old left behind three children: daughters O'Bryanna, 6, and Arielle, 1; and son Ozayvion, 5.

Watch the entire news conference below:

The shooting also took the life of another man, Deondre Davis. The 29-year-old was considered a suspect in Spikes' death; Cincinnati police even charged him with murder. Hamilton County Prosecutor Joe Deters dropped the case after Davis died days later.

Cornell Beckley, 27, has pleaded not guilty to two counts of murder -- one each for Spikes and Davis -- as well as dozens of other charges.

Four off-duty Cincinnati police officers were working a private detail outside Cameo the night of the shooting. The club also had security at the door. Still, at least three guns got inside.

"Obviously the security procedures were lax," Finney said. "They had metal detectors at the doors, and yet they allowed guns to come in."

Another attorney with Finney's law firm, Bradley Gibson, pointed to rumors that bouncers took money to let people into the club without a security check. Witnesses have backed up at least part of those allegations: Angel Higgins, shot in the leg, previously told WCPO she had not been checked before entering and believed that other patrons had received the same pass from security.

Finney said he thinks it happened routinely, and that club owner Julian "Jay" Rodgers was aware.

"They were reckless in their conduct on a habitual basis," Finney said. "The owner clearly knew what his security force was doing and either allowed it to happen or instructed it to happen."

In a statement shortly after the shooting, Rodgers denied the rumors.

"There was no side door entrance," Rodgers' statement said. "As is customary, two of the four privately paid uniformed Cincinnati Police officers that I hired who were working the off-duty detail were stationed at the door and had a clear view to observe our security procedures. They also assisted with the flow of the lines."

The Cincinnati Police Department had a verbal understanding with the club that it would check guests for weapons, Police Chief Eliot Isaac said. But there was no written agreement, and the club wasn't required to do it. The city has no apparent system for tracking these type of security agreements.

"Sometimes they're just verbal conversations between the district leadership and a bar that's had problems in the past," he said. There was a shooting in the club parking lot in the fall of 2015, according to police. A few months later, there was a shooting inside the club.

Finney said he can't imagine the off-duty officers were unaware of guns entering the club. He argued they could have -- and should have -- done more to prevent the shooting.

"There is a very troubling interaction between the police and the nightclub operator that obviously resulted in the greatest tragedy in the country so far this year because of their either neglect or their involvement with the club operator's practices," Finney said.

"We weren't letting guns in," Hils said. "Their guys might have been, but not ours."

Raquice Mitchell said police haven't shared any information about their investigation since the day her brother died.

In the days after the shooting, Rodgers surrendered his liquor license and permanently closed the club. He asked the property's owner to cooperate with the police investigation.

As a nightclub operator, Finney said Rodgers has "been a problem for many, many years."

"Do I trust my son or daughter, do I trust myself to be at a place run by Julian Rodgers?" Finney said. "I would not advise people to go there."